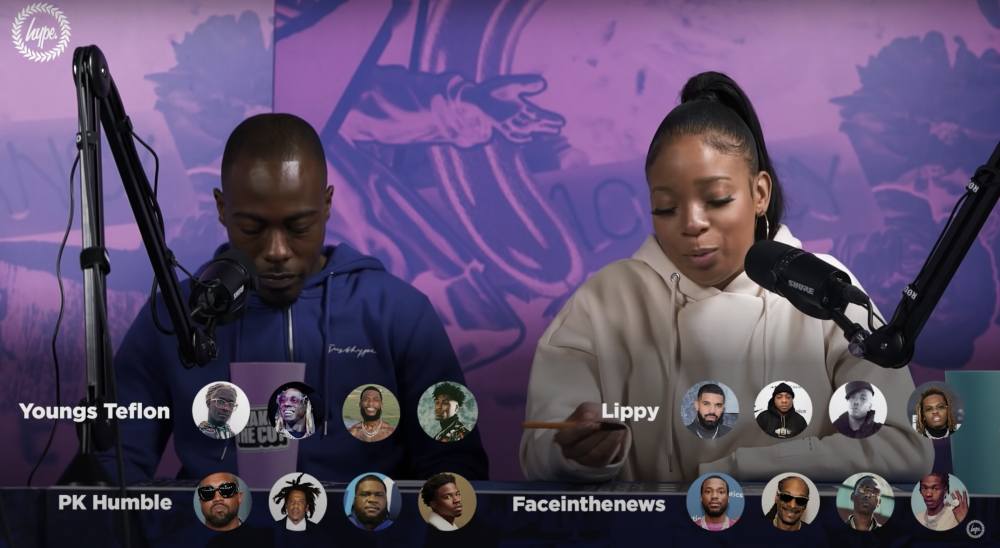 The pilot episode of Just Hype’s brand new show ‘Make The Cut’ sees Margs on hosting duties as he’s joined by a strong line up of popular online personalities who have a huge tasks on their hands for this new series, as outspoken cultural commentator, Lippy Lickshot, veteran UK rapper Youngs Teflon, and the comical content creators FaceInTheNews and PK Humble face the task of convincing veteran UK rapper and cultural commentator, Margs that their music label roster is the best.

The lineup of panelists named above pick one artist each from a plethora of pre-picked US Hip-Hop acts in predetermined headline, legacy, new generation and underground categories with an added bonus pick of an US Hip Hop act that hasn’t already been picked by by themselves or anyone else on the panel, including deceased acts of all time.

Once all picks are made the panelist’s are given 60 seconds to make their case as to why their label is better than the rest as each personality make both valid and humerus points, respectively about their picks, some crumble under the pressure as they realise the mistakes they made during the picking process.

Watch the full episode of Just Hype’s brand new web series ‘Make The Cut’ above and let us know if you agree with Margs’ final decision! Who’s label roster was the strongest? Let us know your thoughts and who you would have picked if you had a seat at the table in this episode via the comment section below or via socials.