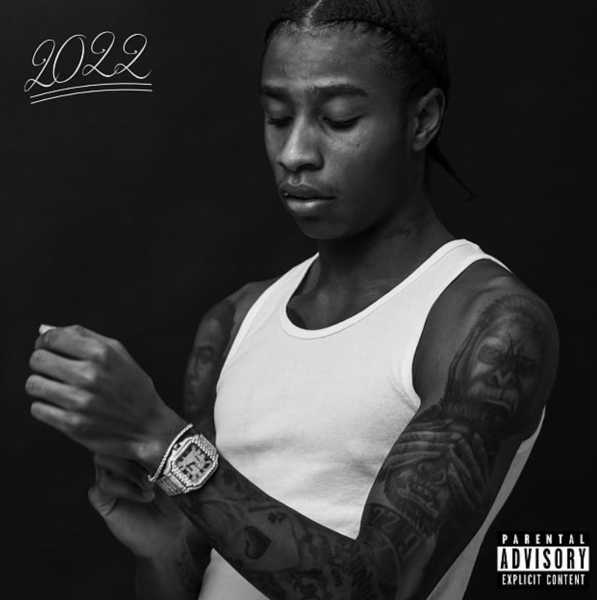 Clavish continues his hot streak as he finally begins to give his fans the consistency they've been asking for - as he delivers debut EP '2022'. The North London based rapper caught a lot of attention from his first release, 'All These Funds' in 2018, which achieved an impressive 2.2 million views.

Within the first few seconds of '2022', Clavish documents his spiralling thoughts over a hypnotic piano lead instrumental. The opening track entitled 'Blue Plate' tells a deep story about Clavish’s lifestyle, labels, experiences, betrayal, personal growth and more. The rapper’s unique flow, reflective lyricism, wordplay, and punch lines all help craft what we understand as the rapper's identity. 'Blue Plate' seems to be Clavish’s declaration to being consistent with music.

'Like This' is the second track on '2022' and was released prior to the EP dropping - directed by Toxic. The visuals depict Clavish in a rural setting and mansion enjoying life. 'Like This' cruises on a trap bass-heavy drumbeat; the instrumental has a darker tone to it. Clavish flexes his drip on this track '‘I dress clean; they’re attempting to cat my drip’.

The next track on the EP, 'Jungle Mood' embodies a different vibe; the lyrics reflect Clavish’s confidence and growth. Jungle' is a raw, mature track that captures the depth of the UK rappers storytelling. Clavish opens up about his gritty surroundings, fake people, how being broke affected him, and his personal growth. Known for being criminally underrated, Clavish proves he can spit bars over any beat. As the song progresses, the 'One Of A Kind' rapper shows his pure intentions but seemingly discovers his reality; he can’t help everyone.

The penultimate track on the project, 'Bad Influence', begins with a menacing 808 drum pattern. Clavish sets himself apart from the rest as he opens with the piercing line - "I’m one of one, not one of many". The rapper again demonstrates his clean frictionless flow over a minimalist, haunting instrumental, which emphasises Clavish’s hard-hitting and memorable wordplay ‘A lot of girls became easy, when I grabbed a Carti, these times that watch was just a starter like some calamari.’

The final track of the EP is 'Ain’t Gonna Lie’, is intense, as Clavish confesses some of his deepest thoughts. "I ain’t gonna lie, miss a few n****s that are still alive but done some weird s**t". Not many rappers expose their true state of mind; Clavish isn’t afraid to be vulnerable on his tracks which fans appreciate. The North London rapper details how his life has changed and how his past experiences have shaped him.

Be sure to check out Clavish’s new EP, '2022' via all major digital outlets and let us know what you think of it in the comment section below and via social media!