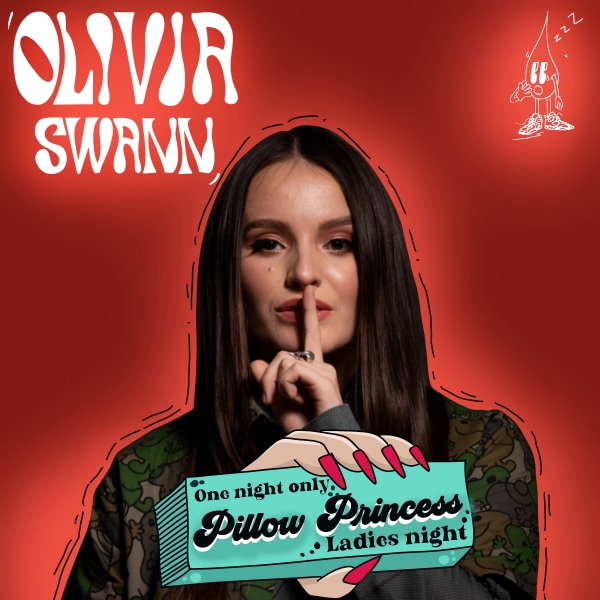 Olivia Swann is definitely never shy to tell anyone how it is. She’s back with yet another banger in the form of ‘Pillow Princess’ and the British independent artist is tackling issues in the bedroom, head on!

Following on from her last track ‘You Want It (But I Don’t)’, she takes it one step further & now goes where most women won’t. Swann provides an even more damning insight into the intimate details of those relationships that are just destined to be doomed.

Ladies, I’d be wary of being labeled this one, as Swann explains the inspiration behind the track in simple terms; “What more is there to say? You know who you are!”

She drops her new unapologetic truth over a moody R&B production, perfectly emulating her feelings on the subject. Her bold lyrics combine with the dark bassline, punchy drums, and a sprinkle of jazz piano, beautifully twisting & turning with each other throughout the record. Created alongside producer Alfie Rudman, in collaboration with J Warner, Swann delivers a slam dunk yet again, combining intricate production & melodies that immerse you in the story.

This singer-songwriter is most known for dealing with real-life topics & laying down her opinions in the lyrics. ‘Pillow Princess’ is certainly no exception, just maybe using a slightly more subtle tone, if you can say that about the phrase.

Swann’s continuous rise in the music scene is obviously boundless; her most recent music video in ‘Gaslight’ hit over 130k+ views on YouTube, following up with her jam-packed headline shows in London. On radio, her tracks have been championed by 1Xtra’s DJ Target, BBC Radio 1’s Jack Saunders & Ricky/Melvin/Charlie, Apple Music’s Rebecca Judd & BBC Radio 2’s David Rodigan. Online, her videos racking up big numbers on YouTube and many of her songs going viral on TikTok.

Her next headline show is already set for January 13th, it seems like there is no slowing down the Olivia Swann train, so you might want to make sure you get a seat.

If you haven’t heard ‘Pillow Princess’ already, Swann says; ‘If you don’t know what it means, look it up!’ but you probably want to take a listen first!