HomeNewskfromkway Talks Latest Project 'With Love From Kway' Being An Artist Outside Of London & More... 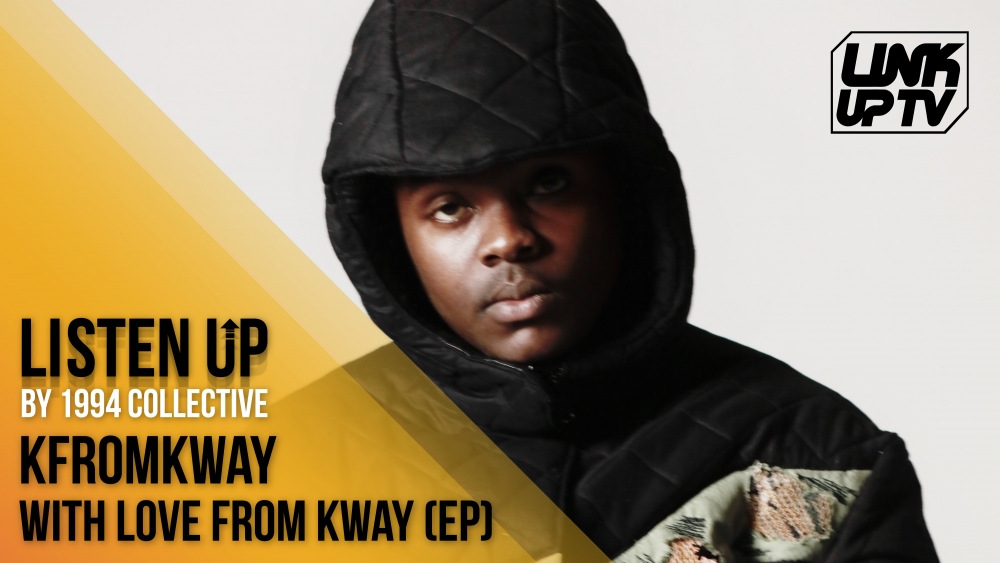 Oxford artist, kfromkway tells all about his latest project 'With Love From Kway', living outside of London and more...

Congrats on dropping your debut EP ‘With Love From Kway’! What’s one word you would use to describe the project?

The one word I’d use to describe it is ‘diasporic’.

When did you put together the EP and how did you choose which 2 tracks made the shortlist?

The first song was recorded as a demo early in 2021 at Good Eye Studios. Haks had played me the beat and straight away I started humming what eventually became the hook. I had posted a video of me to my Instagram listening to the track, and once I saw the comments and engagement, I knew I wanted to drop it. ‘All We Do’ was made a few sessions after I believe with Haks & Redz. It was only meant to be one song but I thought ‘All We Do’ paired so well with ‘Ennaji’ I had to drop both.

Do you have a favourite track?

My favourite track would probably be ‘Ennaji', but it’s a hard decision. I love all the songs I make - the only way I could compare it is asking a parent if they have a favourite kid…they probably do but they don’t want to say it.

You designed the artwork for ‘With Love From Kway’ and all the assets surrounding the release - would you say you like to be hands on as an artist when it comes to all areas of “creative direction”?

1000% - my music is always the soundtrack to the world I am trying to create for people to live in. I always like to be completely hands on with my vision and even with previous releases where I haven’t made the artwork, all the ideas always come from me. Aside from artwork though, I am also always very involved with co-directing videos, writing treatments, the production of songs etc. I think my creative vision outside of my music is just as crucial a component to the artist I am.

You shot some sick visuals for your track ‘Ennaji’ - what was the inspiration behind the video?

Yeah shout out to ‘Don Prod’ for the video, they’re sick at what they do. Michael Jackson's videos inspired me a lot growing up as I know they did many others. Going back to the idea of world building, he created these ‘other worlds’ for us to live in when we watch his videos. I feel like the ‘Ennaji’ video is an attempt at that, at creating something more than just a typical video. Adding some character, flair, chemistry and comedy to the video was very important to me.

How do you find being outside of London and pursuing a career in music?

On one hand both my concepts and my sound are fresh and unique to the ears of the London listener, DJ or A&R, but on the other hand it is harder to get noticed for that reason. The London scene is very cliquey, so if you’re not in the cliques it can be hard to make people pay attention. I’ve found with industry people, some don’t wanna give you respect or support unless you’re popping, an a*** licker or you grew up around certain people. I’m not one of those artists with a viral moment or millions of streams, I will never a*** lick anybody just to look good and I’m not from London so I don’t have as many connections as some of the London artists. More time though, I still get a lot of love in London - it's like a second home now. I’ve realised that people with those mindsets are a minority and usually not the kind I like to surround myself with anyway - they will have to live with being on the wrong side of musical history. Right now, I just sound like an upcoming artist talking my s***, which I am, but trust me in 10 years there’s gonna be a lot of those in the industry kicking themselves. They had the chance to jump on this train from early, but they passed up on the opportunity because the numbers weren’t high enough or because I wasn't in all the cliques and they were too busy looking for “momentary artists” and “viral sensations”. I think it gives even more of a backstory to me as an artist though, and sets me apart from everyone else - so I wouldn’t change it despite the barriers that I sometimes run into.

Do you think you’ll ever move to London?

Definitely - I think every artist in the UK reaches a point where they will have to. I want to move this year and I have some friends going to University in London that are looking to get a house to rent later this year, so that is an option for me. I’ve even considered enrolling at University myself just so I can be located in London, but we’ll see what happens for me in the coming months…

What can we expect from you musically this year?

I’m working on my rap tape right now which I’m excited for people to hear. Rap always feels like a “default” for me musically, aside from the Soul, Jazz, Reggae and R&B I was introduced to from as early as 4 years old. Rap was the first genre I truly fell in love with. I never like to give myself a sound though, I think part of my allure is that I can take a hard left or hard right whenever - I might drop a Rap song one month, and the next month I might decide to make an Indie/Rock song. It’s boring to me when an artist keeps making the same sound over and over again. If I can make a change to the listeners palette and open them up to different ideas and sounds, especially in this current climate where everyone plays it safe and does the same thing, I will feel very accomplished. It will be a challenge as the UK loves to push one thing at a time, and at the moment I feel it’s ‘sample Drill’. I’m a huge fan of Drill though, and I know the producers and I could’ve came back and floated on a Drill beat instead of something like ‘Ennaji’, but I rather take the risk with less of an instant reward than forever be a slave to “the wave”.

Are you working on any projects outside of music?

Yeah I’ve been designing some caps right now, and some other clothing ideas. My boy runs a brand ‘CBMEMPHIS’ so I’m looking to create some pieces of my own with his assistance. I also want to direct a film, but that will be further into the future - I still have a lot of ideas to execute and a mile long list of achievements I want to accomplish with my music before I start lending my hand to other creative outlets.

What’s one thing we need to know about ‘kfromkway’?

One thing you need to know about kfromkway is that I am going to be here for a very long time, and in 10, 15, even 20 years time this statement will make more sense. Being popular “in the moment” or having that one big hit that blows you up is cool, you can make your money or whatever, but how many artists who were popular for 15 minutes 10 years ago do we remember now? Then think about 20 years ago - the handful that we actually remember are the ones who can reinvent and change their sound. Some artists don’t want to reinvent their sound or change though, they’re happy with making one style or genre of music and making a name off that; but not me. Reinventing myself and having people still excited for what I’m gonna do next because they can’t forecast my sound or style, 5, 10 and 20 years in the future is what I’m striving towards. That’s what will keep me around longer than most.