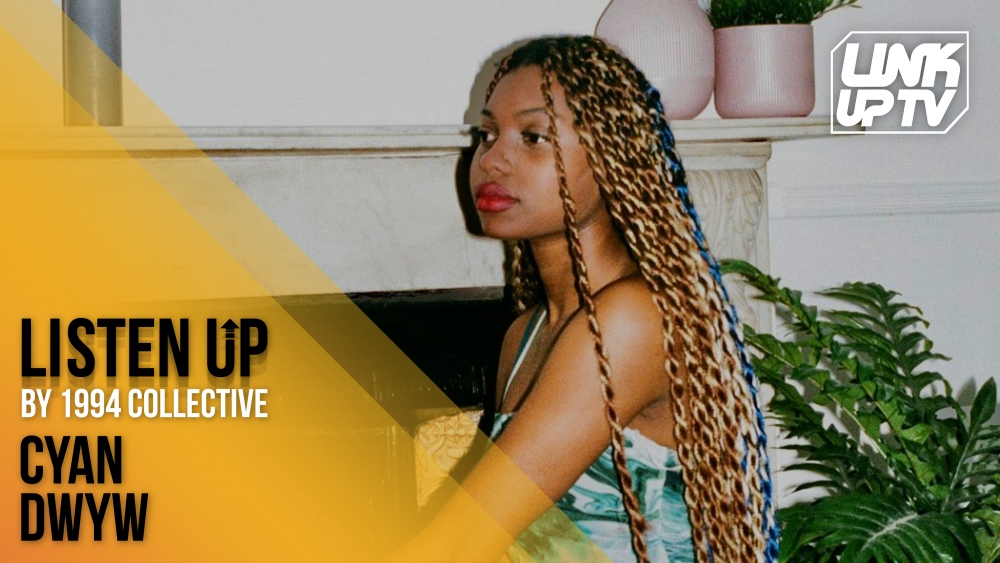 South London songstress Cyan talks about her latest release 'DWYW', being an independent artist and more...

1. Your latest release ‘DWYW’ has just dropped! What was the inspiration behind the track?

I wish there was some fancy story that I could tell you, but truly it was just me freestyling in college. Subconsciously there’s inspiration behind the track because I’m a big believer in freestyling first, which I think is where your true, raw emotions lie. It allows my brain to stop and my emotions to speak which I think is very important when creating music.

2. What’s your process when it comes to choosing what music you want to release next?

My process is actually the weather, which will either make a lot of sense or seem very weird! When it’s summer you tend to hear all the upbeat songs whereas in winter it’s more “slow jamz”, so I base my releases on the time of year. ‘DWYW’ (Do What You Want) came out just before Valentines, so for all the future break ups - I got you! My process is also about what musical side of me that I want to show the world. ‘Tell Me’ (my previous single) was connected to my Caribbean roots, whereas ‘DWYW’ expresses the R&B side of me.

I actually used to, but I don’t anymore so I definitely need a new one! I used to always eat Poundland brownies before a session which is just never a good idea because it can affect how your voice sounds so I gave it up. I’m quite militant when it comes to my sessions because I’m self-funded but once I’m granted more financial freedom, I definitely want to introduce a ritual again!

4. How important is it for you to have creative control when it comes to your artwork and visuals?

Extremely important! As a Virgo, I feel that it's very much within my nature to want to be in control of things, regardless of what it is. I’m an all round creative in general too, so artwork and visuals excite me. I love creating, designing and coming up with treatments. It allows everyone to know that I’m more than just an artist, so when I start to branch out in the future it won’t be a shock. I love to be hands on because as much as my music represents me, so does everything else that’s part of the creative process. I’m a person that lives by the saying ‘if you want something done right do it yourself’ - that then saves a lot of hassle and disappointment! Often artwork and visuals are what people will see or look at before they even pay attention to the track, so making sure that I’m at the forefront is needed.

5. How did you find working with Lucid Lyrical on the video for DWYW?

Sky and Connor were amazing! It was my first music video and they made sure that I felt comfortable - the process was so smooth! I’m someone who asks a ton of questions and he made sure I felt at ease. I like how he also understands that as much as his vision for the video is needed, ultimately it’s my vision that needs to be fulfilled. It felt like a collaboration rather than a “here’s the idea make it happen and I’ll see you on the day” type vibe. Plus, we are both young and coming up together in the industry - I can’t even express how refreshing and important it is to have that!

6. What has been the most challenging part of your journey in music so far?

Actually releasing the music has been the most challenging because you could make the best song in the world with the best cover art and best visuals, but without a team or genius strategy it won’t get the traction it needs. My machine is me and that can get very draining. Everyone has to start somewhere, and finding yourself first should be a priority as an artist. I don’t feel like the machines (teams) working behind the artists get enough credit. When you see a billboard of an artist, that’s months worth of emails and money and designing. Whereas the average person will just see their favourite artist on a billboard and not realise the work it takes to get them there. So it’s just hard finding my own feet without that machine, but I have faith that it’s on its way.

7. What keeps you going?

It’s bad, but it's the fear of failure that spurs me on. The idea of not fulfilling what I believe I’ve been put on this earth to do keeps me going. Making music is definitely therapeutic for me, but when I release music to the world and see the response it gets, it’s then I know that what I do is bigger than just me and has and has a huge impact on others, too.

8. How do you stay inspired when it comes to creating new music?

I stay inspired by listening to new artists! I'd like to say I’d ve a great A&R if I chose to be, but I know that’s not my path. Everything about life and perspective inspires me; I really enjoy writing from other people's point of view. Recently, I’ve been inspired by emotions rather than situations and an example of that is the song ‘Yebbas Heartbreak’ by Drake. That song inspired me to write my own song because to me it feels like a warm comforting hug from the “future me” that has everything that who I am now desires, so I wrote based off of that emotion.

9. What are 3 things we need to know about Cyan?

That this year I’m taking the music scene by storm, that I’m so much more than just an “R&B artist”, and also that you might just hear me rapping soon…

I plan to tackle 2022 by doing what feels right and staying consistent. I just want to take everything one step at a time and work on understanding that it’s okay to take my time. I'm very young, but when there’s artists like Billie Ellish naturally I start comparing myself and that’s very harmful. So I’m just planning on staying very tunnel visioned because what I have to offer, no one has ever heard yet!