Strawberries & Creem have dropped their first line-up announcement and it is safe to say it is a massive one. With Lil Wayne headlining in his first UK performance since 2008, and other artists including Ghetts, Mabel, Wilkinson, David Rodigan and many, many more, this is set to be the biggest Strawberries & Creem Festival yet.

Other headliners include Mabel, Ella Mai and Tems alongside a whole host of 100+ artists across 5 incredible stages and genres from Rap to Reggae, House to Drum and Bass, Strawberries & Creem are providing a weekend full of good music, good vibes, and incredible food and drink across the entire weekend.

With a 60% female line-up including Mabel, Tems, Ms Banks, Enny, Flava D and so many more, along with the hugely important feature that Strawberries & Creem have of being part of the #SafeSpacesNow initiative to provide safe spaces for women at the festival which includes designated safe spaces on site, the festival is not only providing top quality music for festival-goers to enjoy, they are ensuring that this can be done in a way that everybody can enjoy without having to worry about a thing.

Set to be held on 17th-19th June 2022, you can sign up for pre-sale tickets by heading over to the Strawberries & Creem website - this is not going to be one that you are going to want to miss out on this year. 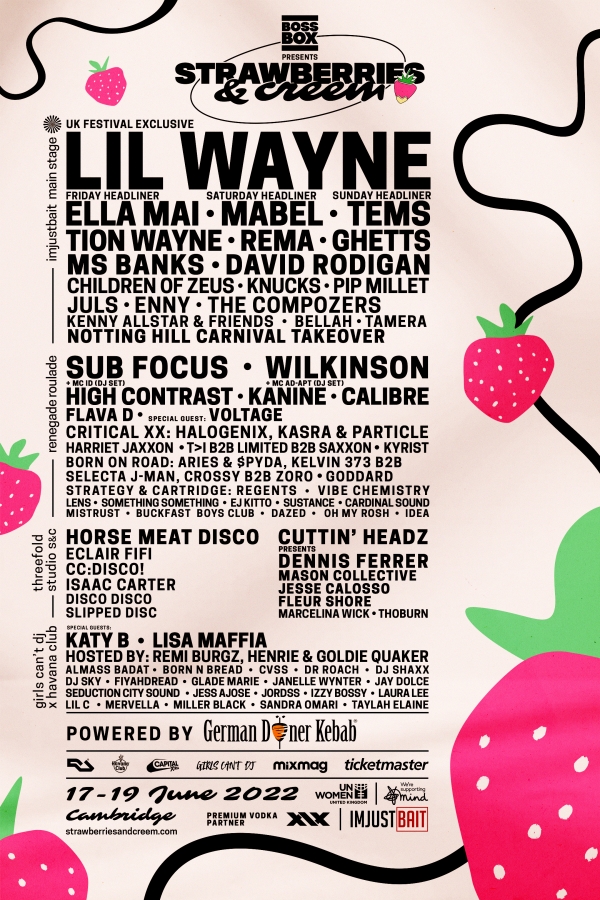