HomeExclusivesCharlie Sloth Talks Fire In The Booth, Ones To Watch In 2022 & Apple Music

Charlie Sloth Talks Fire In The Booth, Ones To Watch In 2022 & Apple Music 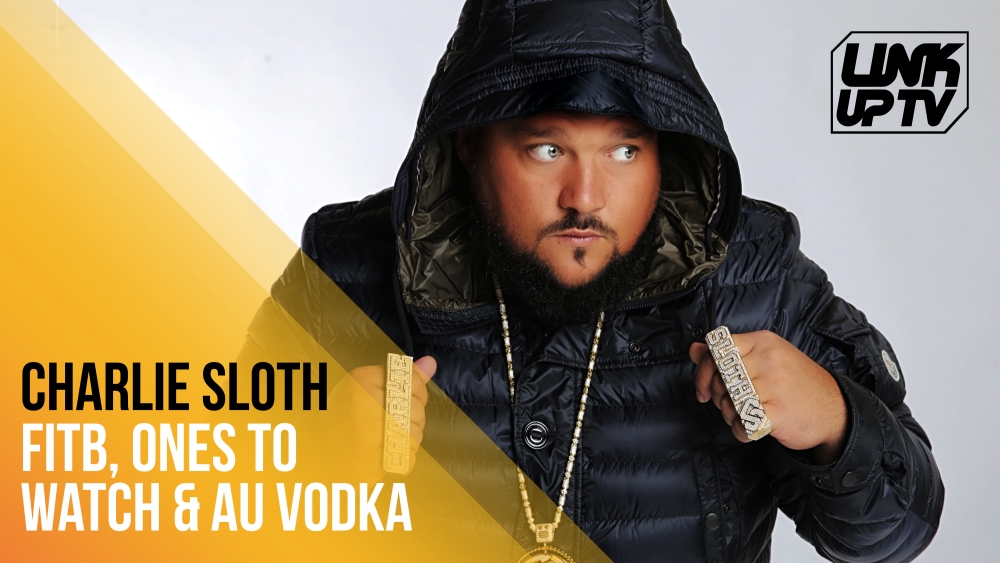 Apple Music 1 host Charlie Sloth is one of the people that when you think about the UK music industry and how far it has come over the years, you would say has contributed an awful lot – particularly in the UK rap scene. With Fire in the Booth being one of the biggest freestyle platforms the UK has ever seen and running for 11 years across BBC Radio 1Xtra and now Apple Music, Charlie and Apple Music have taken it to the next level with the new series out in Jamaica which has featured Sean Paul, Runkus, Teejay, Zebee to name a few and finishes off with a huge cypher. “I’ve always had a huge interest in music coming out of Jamaica. The synergy between the UK and the Jamaican scene has always been there and we both draw influence from each other and I just felt like there’s so many artists over there that just don’t really have the platform into Europe really and to the rest of the world to show their skills. I feel when it comes to the whole freestyle platforms, when you look into it historically these artists are at the forefront, not so much of freestyling but of showcasing their ability in a live capacity. For me it was super important, I felt the time was right and there’s a lot of artists whose sound takes influence from the UK like Skillibeng as an example. The cypher is incredible, it is over an hour long and it is absolutely mind blowing. Sometimes it is really hard to capture the energy on the day, but I feel like we’ve done an incredible job of capturing the energy on the day. It feels so raw, so natural, it just feelslike everybody was there to showcase exactly what they’ve got and everyone brought their A game and I can’t wait to share it with everyone”

Charlie Sloth and Fire in The Booth left BBC and joined forces with Apple Music which has been a partnership for three years now seeing the likes of PS Hitsquad, Jordan and Devlin to name just a few do their Fire in the Booth freestyles. The partnership is clearly proving frutiful as they are taking the platform to new levels with no aim to slow down. “A big part of me decided to join Apple not only because of their vision and their purely genuine love for artists and music but also the fact they are an international platform, the biggest brand in the world when it comes to music I believe and content consumption. I felt like for me it was the perfect relationship and the perfect time for me to step into a new arena and not only try and push British music and British culture to the world, but try and connect the dots around the world musically when it comes to the world of rap. There’s loads of places I would like to take this and there’s some really exciting news coming in the next couple of weeks which will give people a much better understanding of what we’re trying to achieve with the brand and our partnership at Apple Music”.

Fire in the Booth has played a part in a lot of huge moments when it comes to the UK rap scene from that Wretch 32 and Avelino freestyle, to Jordan’s raw and passionate freestyle which was an introduction to himself for many. There are so many moments that will be talked about for a long, long time and Fire in the Booth will forever carry these moments even as the scene evolves and changes. “I think the K Koke moment was huge, that created a huge shift and really moved the needle in terms of culture in rap in the UK at the time. I feel like street rap wasn’t getting the love that I felt it deserved at the time and I think after that freestyle a lot of tension was put onto the British rap scene with K Koke getting signed to Jay-Z at Roc Nation and put a lot of eyeballs onto what was happening within British culture and I think that played a crucial part in that shift happening. I think another moment was the Bugzy Malone Fire in The Booth. I think before that a lot of rap/grime was very London centric and artists outside of London weren’t being taken as serious as the artists in London and this moment I think off the back of that Fire in the Booth went on to show that you don’t have to be from or based in London to have a successful career in rap and I think it opened the floodgates for the rest of the UK. Another real moment was the Giggs Fire in the Booth part 2. He came literally the day after he was released from prison and he had a lot to say and I think it was a moment where the culture really celebrated and came together. There are so many moments but I think those ones are some that really when you look back at it created a shift in the culture and will be spoken about for years to come”.

The UK is producing some incredible talents at the moment and doing what Charlie Sloth does, it is important to keep your ear to the streets and see who’s coming up. Over the last year we have seen the likes of Central Cee and ArrDee reach huge success, and there is plenty more talent on the rise right now. “Hazey’s got off to a flyng start this year, and I’ve heard some more of the music and I feel like he’s someone who I feel again being outside of London can break down some barriers and breaking a lot of stereotypes, he’s someone I feel can have a real interesting year. Ghostface600 as well is definitely on the up and is very versatile, he can do the whole melodic thing but can also rap with real substance, I feel like the UK scene is in such an exciting place and just watching what’s happening, it’s beautiful to see”.

Along with Fire in the Booth Charlie Sloth is doing a UK tour next month where he will be going to clubs and doing what he does best in celebrating the music and the culture which he has done for so many years now. “There are cities that for me I feel like it is important that I touch at least once a year, in that there’s a strong presence in that particular city like Leeds for example, I feel like I always have to go to Leeds because any time I go there people really appreciate artists and DJ’s coming to the city and performing for them. You can feel the excitement and the culture really taking place. Bournemouth is another one, I feel there’s a real energy in Bournemouth. With myself having less time to do shows we have to be a lot more strategic with where we decide to go on tours. Up until lockdown I was doing near enough 200 shows a year for about 10 years consistently, but now I don’t really have the time to do that so when I do shows I like to be very strategic and really think about where it is we’re going and why we’re going there”.

Alongside everything else Charlie Sloth is an entrepeneur and has built up an incredibly successful brand in AU Vodka (gold vodka) which seems to be everywhere these days and is ever growing in popularity with a number of different flavours including black raspberry, fruit punch, black grape, and more. “We dropped the coffee flavour at the back end of last year, there’s some exciting news coming regarding AU Vodka, some new flavours and really exciting news so watch this space over the coming weeks for that”.