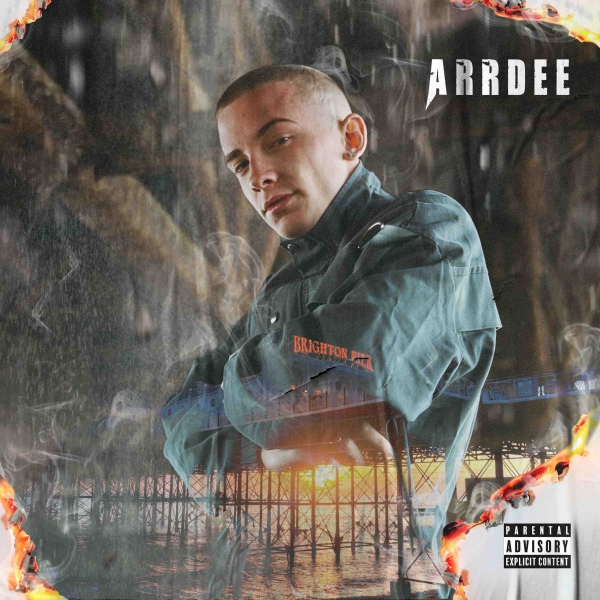 ArrDee has had an incredible rise through his music career so far, and he is showing no signs of letting up as he delivers his brand new project 'Pier Pressure'. From working in an Amazon warehouse not all that long ago, to regularly charting - with four tracks hitting the top 10 amassing a total of 14 weeks within the top 10 - the rapper from Brighton has really taken the game by storm over the last year and his achievements already are testament to that.

The introduction track on this project is 'Locker' and it kicks off the project almost with a sense of intent from the young rapper from Brighton. He comes in hard and sets the tone for the rest of the project. With slick flows, the message behind the track being that he has not even hit his full potential yet and that he has a lot more to come, some punchy bars within the track as well for example "who else came in the game, talked their s**t, actions backed it like Muhammad Ali?" which was executed well with the delivery, but also is a bold statement that is hard to argue with as ArrDee has grown anf progressed leaps and bounds in his music career since we first heard him back when he dropped 'Cheeky Bars' and '6AM In Brighton'.

This project showcases everything that we already know about ArrDee's ability, as well as showing us sides that we have not seen from him that much. For example we know he can create the more catchy bangers like Oliver Twist and Flowers, but what this project displays is ArrDee's ability to be a bit more lyrical and to tell a story with his words on tracks like Late Night Driving, Early Hours and most notably to me, Pandemic. Pandemic stood out to me on this project because of ArrDee's knack for storytelling - which we have only really seen from him before on his Daily Duppy. This track talks about a boy from OT who gets mixed up in a life of selling drugs, and all of the pitfalls and events that he comes across on this path. To hear this sort of story from the perspective that ArrDee is writing from is something different, and it shows a certain level of penmanship that it is hard not to respect whether you are a fan or not.

The other thing that I have previously mentioned that ArrDee can do so well is create a catchy banger you can expect to hear in clubs and at parties up and down the country, and he delivers yet again on this project - most notably on track 5, 'No Biggie'. This track has a bouncy, energetic vibe to it, along with the catchy hook that is bound to have people singing along and dancing whenever it comes on in the club or at any motive it gets dropped at. This track - produced by Two Inch Punch along with LiTek - is one of those that just gets stuck in your head more and more with every listen. The production is ArrDee's signature style down to the ground, making his flows and delivery work so effortlessly along with the subject matter on this track which is just simply a young ArrDee having fun with what he is doing and showing that throughout this track.

Along with bonus tracks which we all already know and love - for example his track with Tion Wayne 'Wid It' and the remix to Russ and Tion Wayne's 'Body' which ArrDee absolutely bodied - this project has new bangers for fans to enjoy, along with some tracks that we already know and love, and as previously mentioned, we get to hear different sides of ArrDee that many have been asking for because they know that he has it in his locker - no pun intended.

'Pier Pressure' is available to stream and download now, so head over to Spotify and Apple Music so go and check it out, support the project, and let us know on Twitter what your favourite track on the project is.