After a two year wait, Stormzy’s return to the stage was unmatched. It feels like forever since his second debut album ‘Heavy is the Head’ was released in late 2019 but after two tour cancellations due to the pandemic, he returned to Nottingham Motorpoint Arena raring to go.

Ramping up the energy was his sister DJ Rachael Anson and BBC Radio 1xtra presenter Remi Burgz with the duo firing up the crowd with hits from Afrobeats, RnB and Hip Hop, ending with a joyful moment of everyone singing along to ‘One Love’ by Bob Marley.

Shortly after Stormzy emerged on stage, the cheers from fans were deafening and the atmosphere electric. Kicking off with tracks ‘Big Michael’, ‘Audacity’, and ‘Know Me From’, the energy was high and infectious. 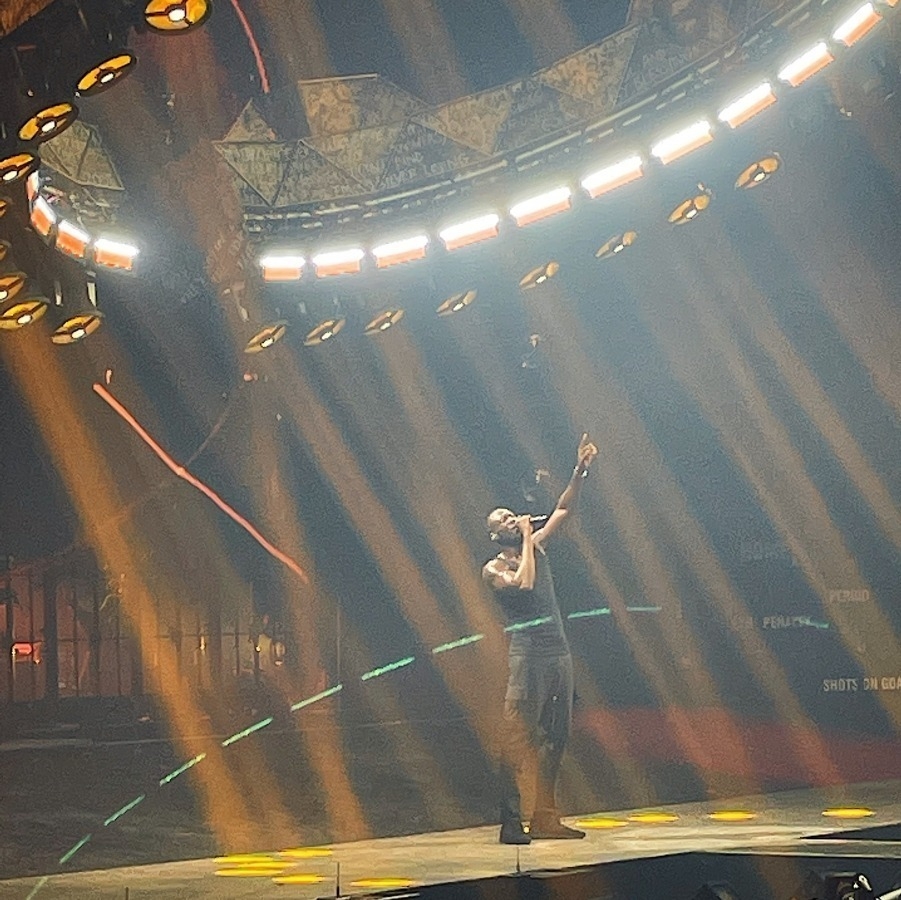 You know Stormzy is raising the game when the staging is designed by the same team who worked on Beyoncé’s Coachella show. Everything from the incredible pyrotechnics to lighting and stunning props was placed perfectly adding to the immersive experience. The setlist effortlessly switches between soft and high energy tracks which truly shows how diverse Stormzy is as an artist.

Of course fan favourites were included such as ‘Cigarettes & Kush’, ‘Big For Your Boots’ and ‘Shut Up’ as well as a memorable performance of 'Superheroes'.

Throughout the evening, there were times where he would soak it all in, smile and humbly embrace the cheers. “The past two years have been spent with family, growing closer to God and seeing you all queuing outside means so much, thank you so much for still supporting me. I love you guys.”

Revealing his upcoming 'album three' with a trailer, it showed behind the scenes of him in the studio sharing this could be the ‘album of my dreams’ ending with a date reveal of 2022.

Joining him on stage throughout the night were impressive gospel singers who helped perform ‘Rainfall’ and standout moment of the night ‘Blinded By Your Grace Part 2’ - a breathtaking performance that made him even more magnetic. 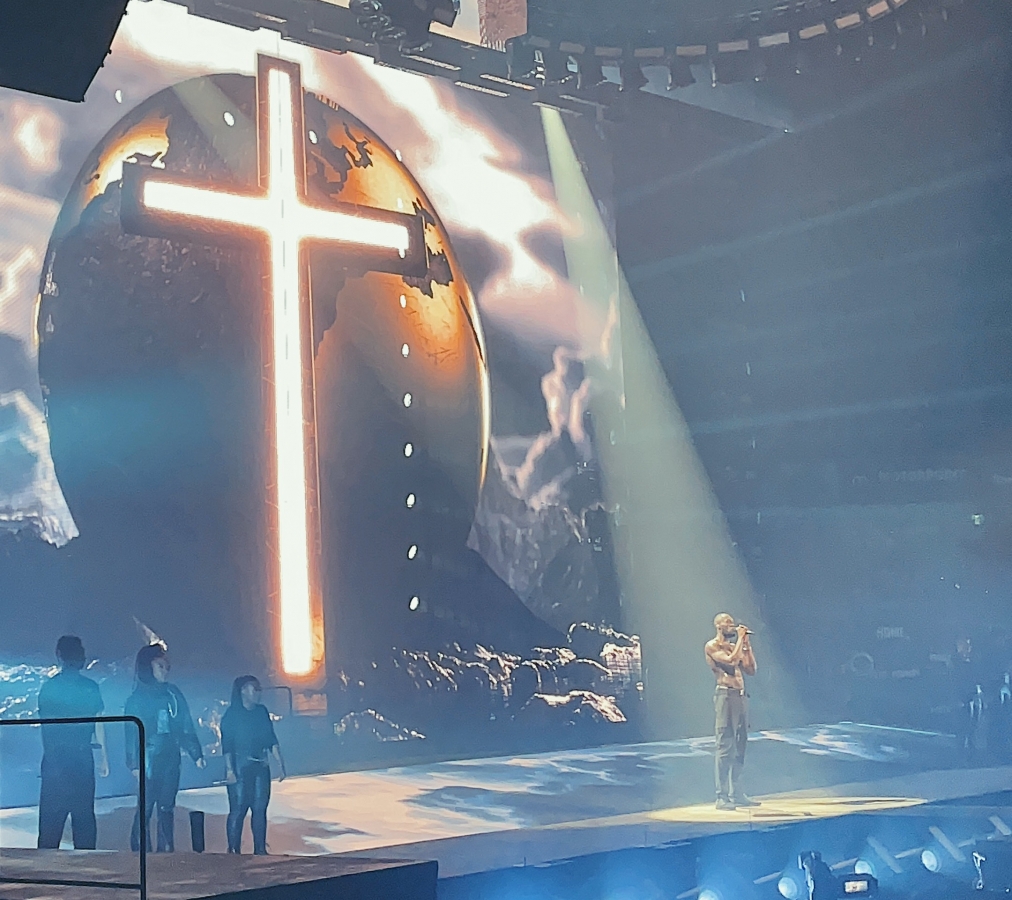 Closing the night with chart topper ‘Vossi Bop’, he jumps down and makes his way around the barriers to introduce himself to fans and chance for them to take a selfie. Artists usually thank their fans and exit left, but Stormzy? He takes his time to immerse himself with his supporters to show his appreciation.

Yet again he has proven why he is one of the biggest names in the UK right now and that he is always worth the wait.