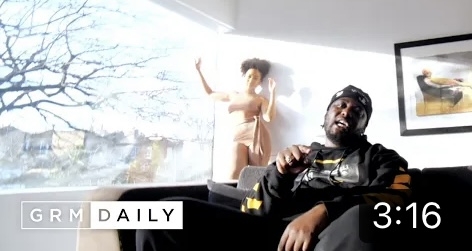 Rapper, Moneyfeenkyz returns to drop off brand new, Flash Johnson directed visuals to his latest release 'Snooze You Lose'; the follow up to his recent collab with Nbizzy MF, 'Outside'.

'Snooze You Lose' sees Moneyfeenkyz detail what he’s on while reminiscing on the times he used to split his work in half with one of his friends. His verses touch on slightly different topics after every hook as he contemplates leaving rap behind.

Watch the music video to Moneyfeenkyz's latest single 'Snooze You Lose' above and let us know your thoughts on the new drop via the comment section below! If you’re feeling it, the single is now available to buy and stream via all major digital outlets including iTunes and Spotify.