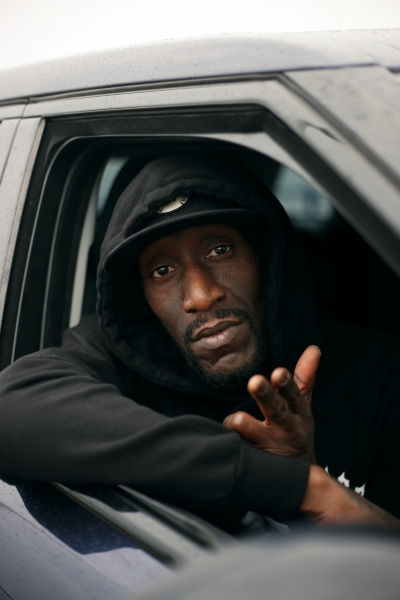 Grime veteran D Power Diesle is back with a brand new banger in the form of 'Cold As Ice' featuring Kyze.

Following on from an explosive start to the year with his 'Graphene, Vol 2' project, grime veteran D Power Diesle is already starting to tease the next project - 'Graphene, Vol 3' - with this high-energy banger. Setting the standard for what we are to expect from the forthcoming project, 'Cold As Ice' is a slice of nostalgia mixed in with a contemporary feel that really is straight grime and an unapologetic, raw tone throughout. Calling on Kyze for an assisting verse the pair compliment each other seamlessly and deliver a tune that would get a wheel-up at any rave or motive.

D Powere DIesle is a pioneer and veteran that many within the scene give copious amounts of praise to. D Power Diesleis best known for his impact in the early grime days via Déjà vu, Rinse FM, and clashing with Wariko onLord of the Mics 3. Not only does he brag an impressive catalogue of music, Diesle has also toured with UK heavy-weights Skepta, Wiley, Jammer, and Modestep before outlining a reputation of his own.

Grime's positioning in our current landscape is a common topic and not a topic of which everyone agrees on.However, it’s artists like D Power Diesle that are still holding it up for those gritty, raw, and lively tracks that encapsulate the roots of London’s inner city. On this track D Power Diesle and Kyze really show that Grime is still alive and well, you just have to know who to listen to in order to find it, and they are clearly two artists that should be on that list.

The track is available to stream on Apple Music and Spotify right now so be sure to check it out and see what you think for yourself.