HomeExclusivesOddditi Drops Off Self-produced Track 'On The Run' 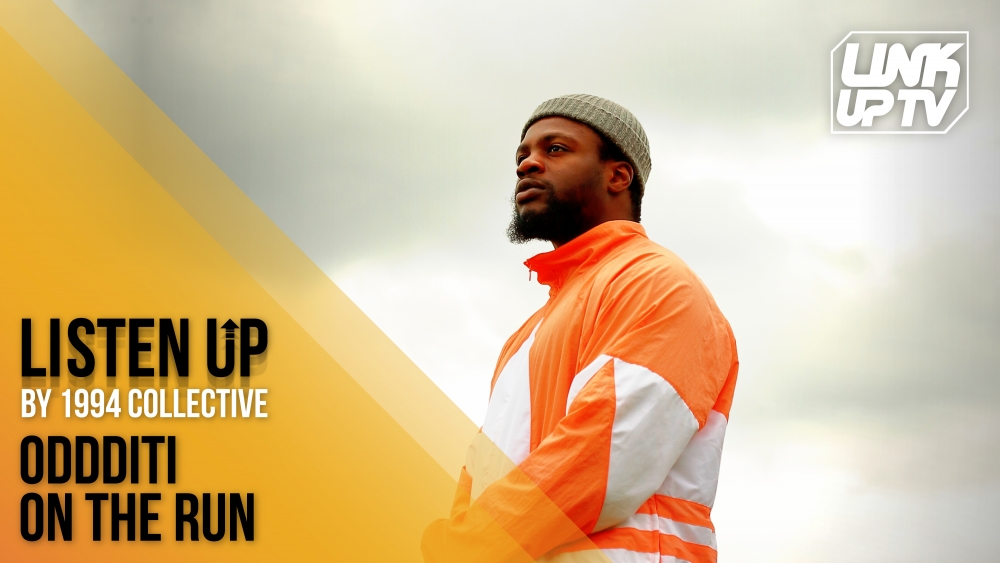 For the latest instalment of 'Listen Up', we caught up with South London based artist, Oddditi to talk about his latest release 'On The Run'.

I love this question, but similarly, it’s a bit of a weird one – because it’s like, how does one describe themselves? Anyway, Oddditi is an artist, producer, singer-songwriter and fundamentally a creator and lover of music. The name Oddditi is derived from the actual word which is spelt oddity meaning a strange or peculiar thing or person, and that is what I want to do with music, push the boundaries, innovate the art and provide an experience that is 1/1 everytime.

Tell us about your latest release 'On The Run'

To me, 'On The Run' touches on a variety of topics - on the surface one could look at the title that alludes to a race, a journey towards something greater which is a common theme in my music and a message that I consciously try and get across. The song articulates thoughts of ambition, drive, isolation on the come up, and the path of anyone who is striving towards something more through the trials and tribulations of life. Every day I continue my musical journey, and I see myself on a run of sorts. Fundamentally, I think it is important to remind myself as well as my audience that the race in which we run is a one-man race, despite what social media or the internet may try to feed you. Legacy and the building of legacy is another key theme in my music, and 'On The Run' stays true to that. I feel we are all here for a purpose and at its core, 'On The Run' is saying "bun everything going against you, bun the resistance and stick to the plan!"

It's important to note that you also produced the track. Who came first - Oddditi the artist or Oddditi the producer?

First things first, shout out to all the producers – I see and appreciate you! I have always been making music in different forms since I was a child but when I first decided to pursue music seriously, it was the production that I initially invested in with my first proper job. Production is something I love, and is an artistic outlet I will exercise until the day I die. Typically, I refrain from showing people how my extent of my introspection and existential thoughts, but the more I do it the more I feel I’m able to channel my idiosyncrasies an artist. In terms of Oddditi the artist – he emerged about 6 months into the production journey. As a younger man, I was into poetry and spoken word, and so to me it always felt like a natural progression to express myself on my own soundscapes.

I love that you decided to shoot a visualiser for the track rather than a full blown video - what inspired you to do this and also the concept?

Thank you very much. The primary inspiration behind doing a visualiser instead of a music video was for me to visually stimulate the audience with a variety of engaging short form clips whilst giving them something to sing along to with the addition of lyrics. I personally enjoy auditory and visual art as a pair, and I think it worked nicely.

It really did! You took a short hiatus from music prior to releasing 'On The Run' - tell us about that time?

Short is one way of describing it - it felt like forever. I feel like as an artist it is important for one to actually live, work on themselves, experience and digest their surroundings, then speak when there are things to be said. I feel that is pretty self-explanatory. On the other side of the coin, I spent time honing various aspects of my craft, working with artists in different capacities from production to song writing and engineering. It was a cool period of time - I was in the studio with Platinum as well as up and coming artists; it provided a lot of perspective and definitely served its purpose. I felt like I was leaving the mountains after years with the elders when 'On The Run' dropped, but it feels great to be releasing music again.

Take us through your musical journey...

So, where do we start? I was born into a Christian household, going to church every Sunday from as early I can remember. The church I grew up in had a massive music culture, particularly orchestral music, and that's what led me to the French horn - I started playing at around 8 years old. Then at school, I was part of the choir, orchestra and played steel pans. I really seized any opportunity to be around music. A close friend of mine always played guitar and one day I thought to myself "I am going to teach myself"...and that is exactly what happened. That decision encapsulates my journey, I get an idea and it snowballs from there. I remember being 9 and 10 years old trying to make songs and they were NOT it (laughs). Being a musician and making a song are two completely different skill sets, both need time to be honed. Anyway, the journey is still being written so let's follow up on this one in a couple of years...

How much does your heritage influence your sound?

It's funny because I was thinking about this the other day - I feel like my heritage as a Yoruba Nigerian man influences my sound in ways I am yet to fully understand. I have recently begun to realise the melodic choices I make in my music have parallels to traditional West African music at times. On a more explicit level, I love where I come from. I continually try to innovate, interweaving an afro-sonance with transcendent melodies.

What has been the biggest challenge for you as an independent artist?

What a question - it can be incredibly exhausting being the primary drive behind your art. I feel like the dream for any creator is to be able to produce freely, without the back-end logistics, organisation etc. However, I am now at a point where I have accepted it as a necessary part of the journey.

What else can we look forward to from you this year?

This year, the key word is "catalogue". I really want to artistically innovate and explore a variety of soundscapes. I feel like every artist has that moment where they artistically align and whilst I am providing the audience with a deeper catalogue, I am in pursuit of that feeling. Practically speaking, there will be a few singles and potentially an EP depending on how things progress.