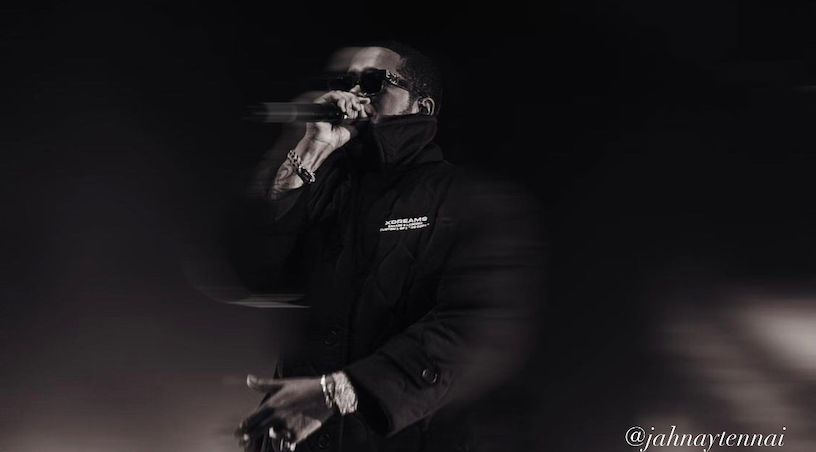 Chip, certified Grime OG, shutdown o2 Shepherd's Bush Empire last night for the last leg of his Snakes and Ladders UK tour. The rapper even went onto to call it a “personal milestone”.

15-years-strong in the game, Chip – who paid homage to Jamal Edwards, Black The Ripper and Luke Biggins - brought out some special guests from the likes of JME, Dizzee Rascal, Nafe Smallz and MoStack. Other support acts to open the show included, Karin Tha Peasant, Mimi Mxnroe, Niako, Strikes and Kiah.

Supported by DJ Ironik and DJ Illness, both DJs played banger after banger throughout the night, with Ironik warming up the crowd nicely, before Illness introduced Chip to a packed venue of hyped fans.

The “Grime scene saviour” came out smoothly with slower tempo “Goat Intro”, the first track of his Snakes and Ladders tape which the tour was planned in support of. The Grime goat went on to make his way through some fire from the tape but broke it up nicely with tracks such as “Killer MC”, “Sparko” and “Marijuana”.

The North London Rapper had been forced to reschedule the show twice - it was originally due to go ahead in September of last year - but it was most definitely worth the wait.

The sold-out UK tour started on Sunday May 8, in Manchester, in Birmingham on May 9, and London on Wednesday.

The humbled rapper has since posted on Instagram about the night, with a moving speech that feels as if this particular show meant something deeply to him:

“Wow. Overwhelmed. All glory be to God. What a show.

“When I was 18 with Sony and doing 'I Am Chipmunk' album Shepherd's Bush Empire was where my London show was. All I ever wanted to do once I started bouncing back was get back to there but on my own terms doing it my own way.

“I done it. Sold Out. Can't thank the supporters enough.”

He continued: “That energy was electrifying. I am truly humbled and appreciative to everyone that bought a ticket. All the support acts. The peers who touched my set. My team who made it happen.

“A personal milestone this one. All glory be to God. Thank you everyone. Honestly. Thank you.”

MoStack made an appearance and performed "100K" with Chip, which followed a energy-filled entrance from Nafe Smallz, who alongside Chippy – the duo got the crowd jumpy, kicking off with "Smokin' Remix" (which featured Black The Ripper). Nafe then performed "Broken Homes".

The second half of the show was broken up with Roddy Rich's “How It Is Remix” followed by a special announcement for Chip's recent Fumez The Engineer “Plugged In” freestyle.

Chip then took it down a notch with “Lumidee” which features Young Adz, and Young M.A, and as the end of the show was nearing, the vibe switched back up with some next-level energy, going full steam ahead with greazy Grime head-boppers, including “Clash”.

And to marry it all up perfectly JME and Dizzee graced the stage by doing what they do best, performing "Ignite" with Chip. One track in particular that saw the whole of Empire going mad and throwing up their gun fingers, was Chip's “Who are You?” over Ruff Sqwad's “Pied Piper” beat, with JME going back-to-back with Chip. There was definitely a huge sense of nostalgia in the place and an electric atmosphere.

For the final tune, which surprisingly concluded the night perfectly, was blast from the past, “Oopsy Daisy”.

Safe to say Chip has had one of the most inspirational and powerful journeys in the industry – he's been through it all, from hitting the Grime scene as a young teen as it was transitioning from Garage, to doing Hip-Hop and Dancehll, and cracking the States. There's been some ups and downs, and some highs and lows but he's still here doing his damn thing! Legend.