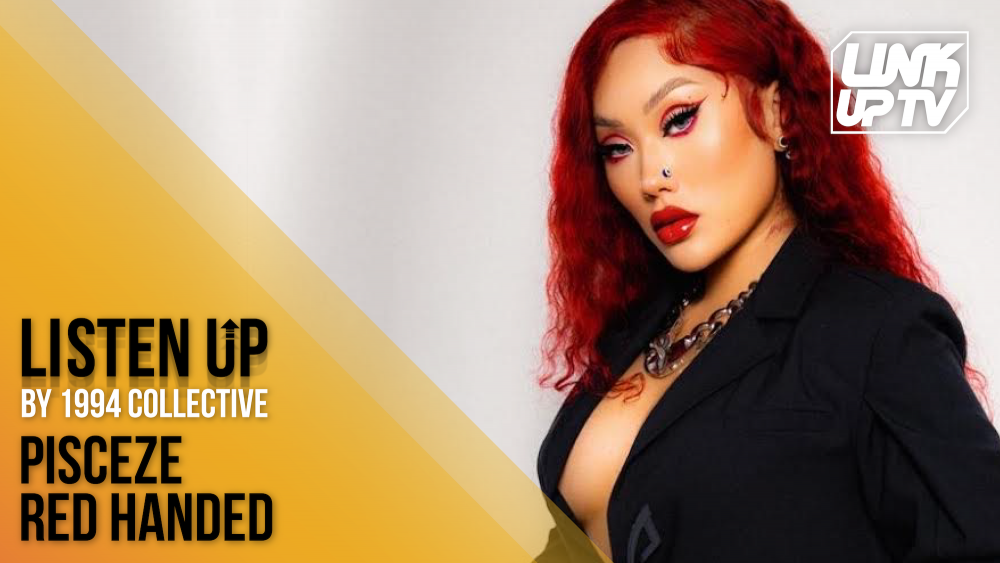 For the latest instalment of 'Listen Up', 1994 Collective's Chloe Mykel caught up with Toronto-raised Pisceze for an insightful conversation about her latest release 'Red Handed' and much more...

As a fellow Pisces myself, it’s dope to be able to chat with you about your new release 'Red Handed'! Firstly though, what are your top 3 “typical” Pisces traits?

Aye! Pisces gang! Well, you know our main traits are being passionate, caring and in tune with our emotions...

That's definitely true! I can relate to that. Okay onto the track…I love the sweet but savage vibe of your music, and the video is like a movie! How creatively involved are you in things like your music videos?

Appreciate you! I’m very hands on with my craft, especially with creative directing my music videos. I love telling the story with my visuals through real life experiences.

My number one idol is Kurt Cobain (Nirvana), who is also a Pisces. He has helped me through a lot of my own struggles and created so much music I could relate to. Rock and Punk music has so much passion and feeling expressed within the art, whether it’s angry, sad or emotional. Brownstone are another inspiration to me; these girls spoke on real s***! I operate out of love and emotion, and I think that Brownstone did just that. Bruno Mars is someone I aspire to be right in the current moment - his music is so uplifting and his art is so full. These artists have all inspired me to touch my fans like they have.

That's so funny because I too loved Kurt and Nirvana when I was younger - I had a poster of him above my bed when I was around 13!

I love the red hair on you! Would you say your style and the way you reinvent yourself through different hairstyles and looks is a big part of your artist “persona”?

Thank you! And yes, every release I like to put on a “color” character that represents the emotion behind the song. 'Red Handed' obviously had to be red - when you think of red you think of being furious...madness.

Have you ever been to the UK and if not, do you plan on coming here soon?

No, never! I would love to go - I heard the culture is similar to Toronto.

What’s one thing you’re really proud of that you’ve achieved within your music career so far?

Building with a team that believes in me! The people that I have around me go super hard for me and I think that’s the most important. I’m super grateful and proud of that.

Name a UK artist that you could see yourself collaborating with?

The Spice Girls if they were still together! But for real, Calvin Harris for sure, and Coldplay.

What are 3 things you can’t live without in the studio when you’re recording?

Wild berry skittles, a little puff puff and my phone.

Can you let us in on what’s to come from Pisceze in the near future?

I’m working on really honing in on my sound and delivering a project that will really cement my artistry. I've been finding the balance between the R&B and Pop worlds. With what we have in the works, I believe my audience will really be able to attach themselves to see who I really am and what my music can really do for them. I'm excited to share it with ya'll in the coming year!