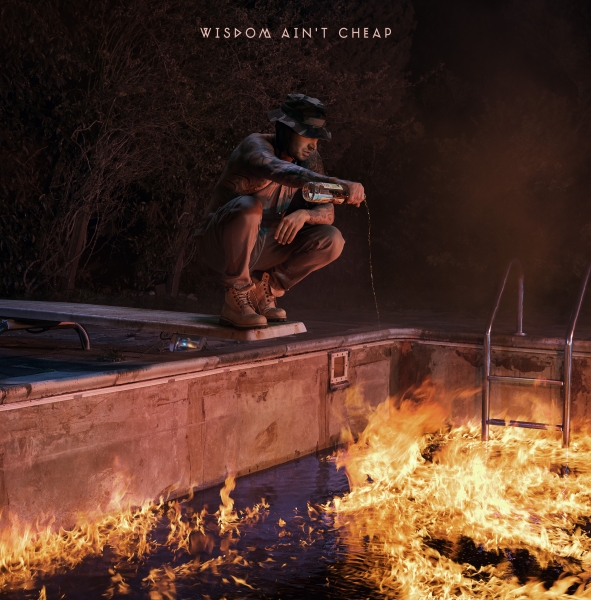 When you talk about longevity in the game, versatility and overall ability, B Live is one of the names you have to put into that conversation. With a history of tracks spanning across a range of genres including Grime, Garage, Drum and Bass, Hip-Hop and more, B Live has a plethora of strings to his bow and his long career showcases exactly that.

'Wisdom Ain't Cheap' is a 14-track project which allows B Live to display his talents in rap over a range of different beats. The opening track 'Where's My Chair' is a great introduction to the album as he flows smoothly over the heavily percussion based beat with some keyboard tones in the background which give it a slightly old shcool hip-hop feel to it. This transitions into 'Foundation' featuring Durrty Goodz which dropped as a single in the run up to this release. On this track we hear B Live and Durrty Goodz staking their claim as two longstanding members of the UK rap scene.

The project also boasts features from Grime icon Frisco, Drum and Bass legend Harry Shotta, Garage powerhouse MC Neat just to name a few. The features all make a lot of sense when you look at B LIve's career and the versatility that he possesses. On 'All Falls Down' which features BBK's very own Frisco, we are treated to two of the most unique sounding MC's in the field in terms of their delivery and the sound of their voices. Showcasing their ability to flow over a slightly different style of beat - produced by T.Star - that we are used to hearing from the pair of them as it feels slightly slower paced than the usual Grime style beat that we would hear the pair on but it also has a bit of a dark feel to it. Giving us everything we’d expect from two of the scenes most unique and distinctive voices, the guttural tones, eerie beat and skippy delivery are the perfect double strike combination for this status led joint. Adding yet another layer to the musical output from B-Live this year, ‘All Falls Down’ is very differnet to the club hit he started the year on (Don't Know About You feat Becky Hill and JME) but a perfect example of his expansive catalogue and versatility as an emcee.
One of the tracks that stands out is 'Spin Them' featuring Kele Le Roc, MC Neat and Sweetie Irie. This track almost serves as a nod to B Live's roots as it has that funky, Garage style vibe to it and with the features on this track, it will almost certainly take you back to a 90's/early 2000's Garage rave and will have you vibing out as if you were in that moment for sure. Showcasing his abilities as a Garage MC late on in the project after hearing him showcase his ability to really rap and talk his talk on some more serious, Rap/Hip-Hop style beats, this track is a nice change of pace that is welcomed late on in the album.
This project is an excellent showcase of experience, knowledge of the game and the craft that is rapping/MC'ing. With honest tracks like 'On Job' that show B Live opening up about life and dropping gems about his experiences in the rap game and life in general, vibey tracks like 'Drip Drip', tracks that showcase B Live's ability to really rap like 'Street Dreams', everything you could want to hear from B Live outside of the Bass style music that he is so famous for at present is on this project and he shows just why he is one of the most highly respected rappers in his field amongst his peers.
Delivering unquestionable authenticity at the cost of a musical journey that is littered by B-Live’s experience and evolution since the early 00’s,‘Wisdom Aint Cheap’ is out now and available to stream on Spotify and Apple Music right now so run it up, support the project and treat yourself to this new project from one of the UK's legends.
Share on facebook Tweet
Author: Tom Dingley
@TomDingley@tomdingley1