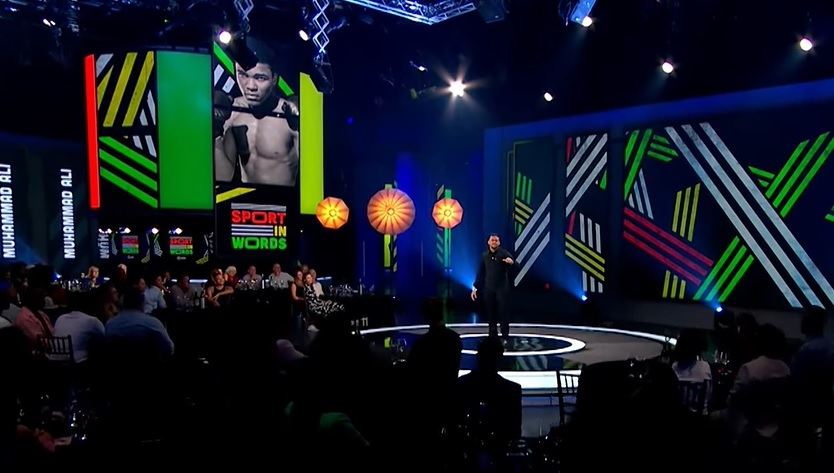 Spoken word artist, writer, and performer, Annotate (aka Liam Spencer) headlined BT Sport's Black History Month special titled ‘Sport in Word. Annotate closed the show in style paying homage to Ali with a poem that captures the spirit and personality of the sporting great while highlighting some of his most memorable moments. “The Greatest” serves not only as a tribute to Muhammad Ali but also as a reminder of his character both inside and outside of the ring.

Former WBA World Heavyweight Champion David Haye said about the performance, “Annotate, you did complete and utter justice to my hero, my idol, Muhammad Ali. Intertwining his famous lyrics with your own. You actually embodied Muhammad Ali. The way you phrased things, you just became my hero right there. I can’t imagine him doing it any better than you did just then. You should be so proud of yourself. That really touched me.”

Growing up in South London, Annotate (aka Liam Spencer) developed a passion for storytelling at a young age. He carried this passion into adulthood and began his creative journey studying Film and Broadcast Production at London Metropolitan University. In late 2015, Annotate came across spoken word for the first time and, using his love for storytelling, began writing poetry. He quickly amassed a massive following on Facebook and generated over 60,000 views across social media on his spoken word videos. In 2018, Annotate began performing regularly on London’s spoken word circuit during which time he was named a FLO Poet by award-winning singer, songwriter, and poet, Natalie “the Floacist” Stewart. He has since built an audience of over 5,000 total followers on social media, and drawn on his film knowledge to create spoken word short films designed to bridge the gap between the two mediums. In addition to headlining BT Sport’s ‘Sport in Word’, Annotate has performed on BBC Radio London and appeared on Channel 4’s ‘Confession Couch’ discussing the importance of positive mental health.