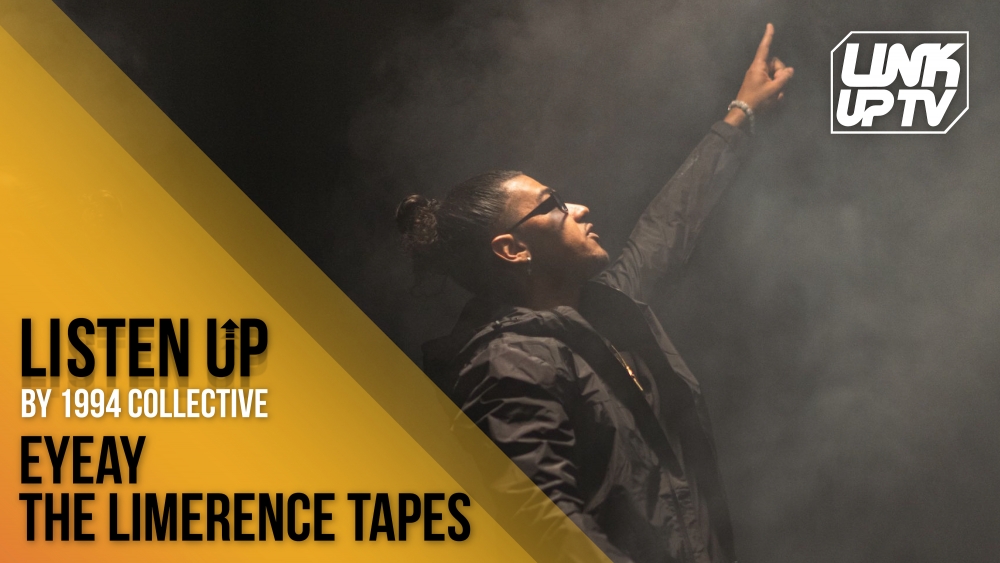 For this instalment of 1994 Collective's bi-weekly release radar 'Listen Up', we caught up with emerging UK artist Eyeay, amidst the release of his eclectic and unique new project 'The Limerence Tapes'

Your new project 'The Limerence Tapes' just dropped not long ago...talk to me more about the concept behind it...

“Limerence” is basically a state of infatuation or obsession with another person that involves an all-consuming passion and intrusive thoughts - I used this concept to express different emotions that one could be feeling and expressed it through this tape. The project also explores mental health issues that people could be going through

What's your studio process? Do you start with the beat and write to it or vice versa?

Straight vibes! I hear a beat and just let the vibes take over. Unless I am writing about a very specific topic - then I'll write beforehand

What was the catalyst that inspired you to try a new sound for this tape?

I was working alongside an executive producer on my new sound - he then introduced me to the concept and I liked it. We went with the flow, structured everything together and wanted to give something different to the UK

Do you have a favourite track?

To be really honest I don't have a favourite! They all are great and my faves in my opinion, however…”How!?” for me stands out the most!

Can we expect any collabs from you in the future?

Yes, I would definitely like to collaborate with many other talented artists - I have been in talks with certain people but nothing is set in stone yet…keep your eyes peeled!

How do you feel about the UK music scene right now?

The UK makes great music! I could honestly say that I am glad to be a part of it…there is talent all over the UK

I LOVE the visuals that you dropped for 'How?!' - talk me through the creative process for that...

Due to the nature and the vibe of the song, we wanted to give it a “rockstar” feel - we went for blacked out studios to give it that electric vibe. The camera man had the great idea to make the video black and white which really added to the song - I’m super happy with the visuals

What's one enjoyable and also one challenging thing about being an independent artist?

One enjoyable thing about being independent is having that freedom to release what and when you want, and also not having the pressure. A challenging thing is definitely that you really need to focus and push from every angle of the music industry - from marketing to networking to graphics the lot. Sometimes it may make you feel you're not doing enough, however just keep pushing and eventually you will be heard!

If you had to describe yourself in 3 words, what would they be?

Take in the official video for 'How?!' below!