HomeNews#ThrowbackThursday: Looking back at Ghetts Risky Roadz Freestyle and his 05-07 run

#ThrowbackThursday: Looking back at Ghetts Risky Roadz Freestyle and his 05-07 run 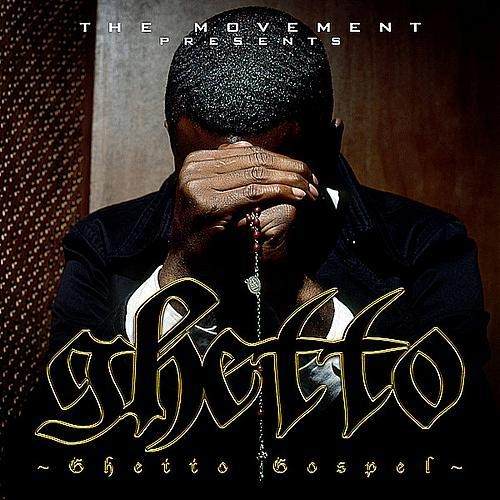 Last week Ghetts released Legends Never Die, an incredibly heartfelt song about his friend and legendary grime MC and N.A.S.T.Y Crew member Stormin. The song, along with the other recent song off the Top Boy soundtrack ‘Listen’, have really highlighted how far Ghetts has come in the Grime scene.

“It was '07 when I said that Grime wouldn't get man a mortgage, now I'm in a five bed yard and it turns out man could afford it.”

With that line Ghetts took us all the way back to 2007. That was the year Ghetts, then 21, released Ghetto Gospel, one of his best releases. Ghetto Gospel felt like the culmination of a run Ghetts had been on for a good couple years. And while there are many points you could pick for Ghetts rise, his mixtape 2000 and Life, his appearance’s on Kano’s album, it was his Risky Road freestyle that I feel was his most important moment.

Ghetts' first mixtape was 2000 and Life. I picked it up at Deal Real, the much missed hip hop shop in Carnaby Street. The mixtape saw a mixture of Ghetts spitting over original beats and other well known beats. The mixtape featured classic songs like Skinny Sort, along with others like Poverty over the Kanye West '2 Words beat,' 'Getaway' over the classic Mobb Deep beat and the '36 Mafia Freestyle' with the classic opening bars of:

But while the mixtape garnered some buzz and featured Ghetts at his raw best, there was something else that year that also that got Ghetts a lot of attention. And that is the Risky Roadz freestyle.

I remember when Risky Roadz 2 first dropped. There were so many MCs on that DVD, but that was the freestyle people were talking about in the forums. The opening lines of; “What’s happening, what’s really good cuz, what’s cracklin" were iconic. Spitting over a Nocturnal (Big Seac) beat, Ghetts spits for 6 minutes, with occasional interludes from Big Seac himself. With the backdrop of a residential area, Ghetts is relentless, exhibiting the skippy flows, the punchlines, the multis that would make him one of the best MCs in this country.

Following this freestyle, Ghetts was everywhere and had one of the most iconic runs in Grime history. In the period between the releases of 2000 and Life and Ghetto Gospel, Ghetts formed The Movement with Scorcher, Wretch 32, Lightning and Devlin. The Movement was like Slaughterhouse before Slaughterhouse even existed, just a team of spitters. All the members had been building a name for themselves separately, so when they came together it was like when the Power Rangers would come together to make a Mega Zord. They also represented different areas of London, showing a new solidarity that wasn’t as common in that day and age where crews were mostly made up of people in the surrounding areas. Ghetts, Mercston, Devlin and Lightning were from East, Scorcher and Wretch from North London (though part of me was always upset they didn’t recruit someone from South and North West/West to complete it (Bashy would have been sick in a group like this.))

Being in a new group meant that Ghetts was able to build up his buzz with high profile features on other people’s projects. This helped build anticipation for his next release. Some of the classic ones include:

Mercston - Good Old Days: This tribute to old school garage was crazy. Over a Rapid beat, Ghetts kills it with lines like: “I used to tape plague, go school the next day imagine that, now I’m blowing up like a water bomb, and I’m on the same vibe as Scorcher’s on."

Wretch 32 - Used To Be: Ghetts only does the chorus on this, but it is a sick song, and Ghetts manages to still have a skippy flow on the chorus of a love song, which is great.

Devlin – Dealers and Final Curtain: I have crazy memories of Dealers, my friend Bilal made it my alarm so I remember waking up to this crazy pounding beat. After a sick first verse from Devlin, Ghetts comes through with crazy opening lines:

“I be carrying weight on a rundown shabby estate, The cats go to the alley and wait, The other day I gave Harry a taste, I got the peng so my salary’s raised.”

Ghetts’ energy on this is crazy.

The other song he features on Devlin’s classic mixtape Tales of the Crypt is on Final Curtain. Ghetts gets a more introspective on this one, with the opening lines:

“25 years from now, I can't imagine what the future holds, But I refuse to be broke, Like, not enough plans too many hopes, Hopefully I'm healthy cause I usually smoke ,How many more years can my body take, when I'm old will my body ache?”

It’s interesting to see how a 20-year-old Ghetts looked at the future, and to see where he is now. Like he said on Listen: "it was 07 when I said grime wouldn’t get man a mortgage." And now just 12 years later Ghetts is an established artist. It’s also nice to see Ghetts reference his future children considering how important the birth of his daughter was for the release of Ghetto Gospel: New Testament last year. His closing line being:

"I'll take care of my kids like a true daddy."

Miss Dynamite and Akala – Knowbody: This mixtape is so underrated. The 2 siblings came together and brought in almost everyone in the UK scene at the time. The list includes Bearman, Doctor, L Man, Purple, All In One, Giggs, Neckle Camp, Slew Dem, J2K, Gappy Ranx, JME, Flowdan, Riko, Nasty Crew, Flirta D, Bruza, Asher D and many more. Ghetts and Big Seac appeared on Knowbody. Ghetts kicks off the song with a ferocious flow. Some of the best lines include:

“I’m dope I know you all agree, I’m not ordinary, top boy like I ought to be, you can be 40 deep, I got boys that can fight that have fought for me.”

The forming of the Movement also brought with it F**k Radio. The brainchild of Ghetts himself, these legendary sets, which were released straight online instead of on pirate radio, are iconic. Featuring The Movement, along with affiliates and friends, there were only 5 but they are still revered. And while they were screaming F**k Radio, there was also another legendary set around that time, and that was The Movement Christmas day set on Logan Sama. With Ghetts, Wretch, Scorcher, Devlin and Lightning in the studio, each of them previewed new songs from their upcoming projects, including Menace and CPB from Ghetto Gospel, The Movement then spat for over 30 minutes. Christmas day grime sets are a much better listen that the Queen’s speech.

I would be remiss to talk about Ghetts’ run between 05 and 07 without talking about the Wiley beef. I am working on something on The War Report, so I can talk about that separately, but in the early days of the War Report, we were all waiting on Ghetts’ involvement. And when Logan Sama finally played Ghetts’ send over the North London Riddim, RWD Forum was buzzing. Ghetts spat 102 bars at Wiley, talking about all sorts, his age, his album not selling, Wiley’s previous beefs. Wiley would come through the following week with Nightbus, along with songs from Scorcher, Wretch, Devlin, Little Nasty and God’s Gift and Logan would eventually release the songs in one package, but that feeling of listening week after week to Kiss 100 on a Monday night/Tuesday morning when I should have been revising, texting people when the new song was played, downloading radio rips off RWD forum the next morning, was an amazing time to be part of the scene.

By the time Ghetto Gospel was released in 2007, this mixtape was highly anticipated. Whereas the mixtape scene wasn’t as popping as it was with the release of 2000 and Life, by the time Ghetto Gospel came out, more and more people were releasing mixtapes. So now the culture had been built for these type of releases. And Ghetts had built up his name and his brand up so well with all things I’ve mentioned, that people were hyped. Top 3 Selected, one of the first singles off it, was a perfect example of Ghetts’ skill levels and energy. I pre-ordered Ghetto Gospel from UKRecordShop so received it pretty much it straight away. As soon as those opening notes from So Damn Dedicated started, I knew we were in for something special. But I will save Ghetto Gospel talk for another day…