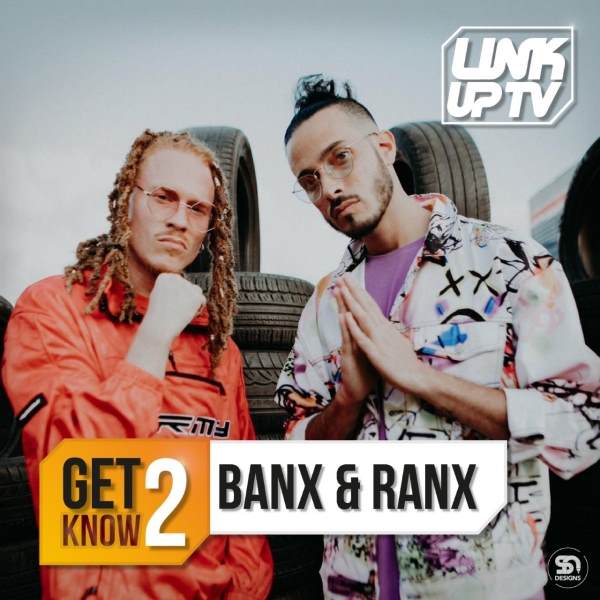 Rae: You’ve worked with Dua Lipa, Jason Derulo, Sean Paul, David Guetta, Nicky Jam, Ella Eyre, Kel - P and Tinie Tempah to name a few, who would else do you think you will blend with well creatively and why?

Banx & Ranx: We have had a blast working with Ed Sheeran, Diplo, Bad Bunny & Burna Boy, all of them in the same room… Why not?!

Rae: You both share a love for the Caribbean, African, Electronic and Pop & Hip-hop music, can you see yourself experimenting with other genres in the future?

Banx & Ranx: Recently, we produced and co-wrote a Pop/ Country song and loved the process. Maybe more of that?

Rae: How did you both meet? And what was your reason for joining forces and becoming a duo as opposed to venturing on individual musical ventures?

Banx & Ranx: We first met on Soundcloud because of this remix: Eiffel 65 - Blue (KNY Factory Remix). Then we realized we had too much creative compatibility to NOT work together. We decided to create a project to blend Caribbean and Electronic music then quickly migrated to Pop music and became great friends in the process. We probably wouldn't be where we are today without the union.

Rae: Gaining the credibility and success you have has required a lot of craft, time and hard work, resulting in you both co-writing and producing sounds for music industry heavyweights. Were there ever testing times during your musical pursuits?

Banx & Ranx: Fortunately, we both have some 20 odd years of experience in production & songwriting. That really helped lay the foundations. But we still had a lot to iron out in the early days of Banx & Ranx. Especially when it came to agreeing on creative direction and putting our egos aside.

Rae: If it wasn’t for music what avenues would both of you have considered?