Drake & Ed Sheeran among Spotify's most-streamed artists of the decade 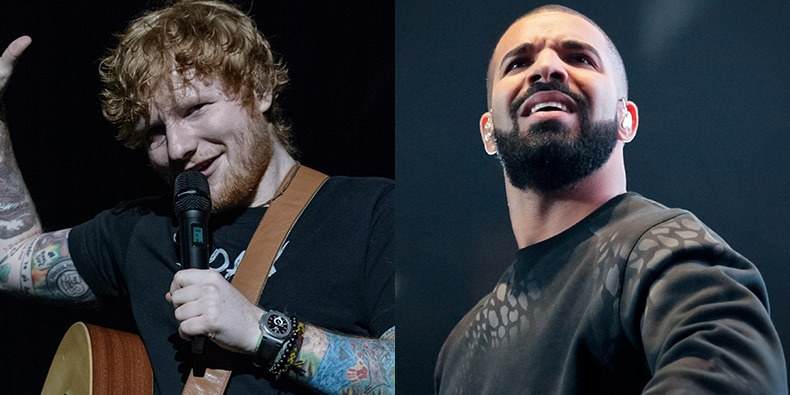 Spotify's 2019 Wrapped has revealed the biggest hits, artists and albums on Spotify's streaming service over the past year, showing the likes of Drake and Ed Sheeran being at the top of the list.

Drake is the most-streamed artist of the 2010s, achieving more than 28 billion streams, and he is followed by Ed Sheeran, Post Malone, Ariana Grande and Eminem.

Rihanna also emerged as the second most-streamed female artist of the decade, after Ariana Grande who topped the list. Taylor Swift, Sia and Beyonce followed.

Spotify Wrapped will also allow users to receive a curated playlist of their most-played tracks. You will be able to access that information by logging in here later this week.