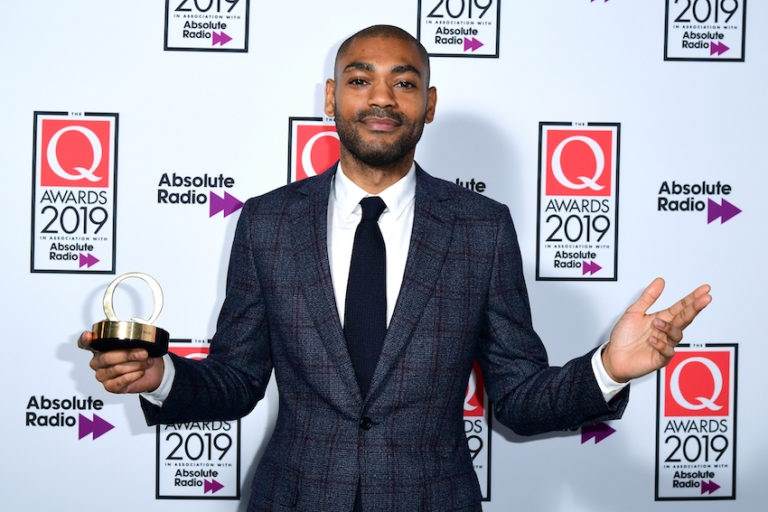 What a year Kano has had: Release of a critically acclaimed album, Top Boy returning and being bigger than ever, Q awards, Jools Holland, selling out the Royal Albert Hall.

But there was a point where that might have seemed impossible. Kano’s debut album 'Home Sweet Home' was released in 2005 to great reviews, and support from the grime scene, but only reached 36 in the charts. This was a different time, as this was actually his best selling album, having gone Gold, but the record industry was different and sales were different.

His follow up album 'London Town' was released 2 years later. By then the grime scene had changed drastically, mixtapes had become a big business, with artists like JME, Wiley, Ghetts, Devlin, Wretch and more all releasing big mixtapes. In the run up to the release of London Town, Kano announced he was going to release ‘Kano Mixtape’ a mix of original songs and songs over other people’s beats.

Kano Mixtape was Kano was staking his claim as one of the best in the UK and a response to those who questioned his credibility, in particular on songs like ‘Is This Grimey Enough?’

The highlight of the mixtape though, and one of Kano’s best song in my opinion, is Layer Cake. Layer Cake sees Kano taking his place a teacher, but also discussing his position within the industry. Kano was one of the first artists to get signed and release an album, so that put him in the position of an elder, but at the time of recording he was still in his early 20s. Layer Cake sees him teaching others about how the industry works along with questioning the industry itself and his involvement in it.

“You're born; you take shit, Get out in the world; you take more shit, Climb a little higher; take less shit, Til one day you're up in the rarefied atmosphere, and you've forgotten what shit even looks like, Welcome to the layer cake, son”

The second verse sees Kanos kick things off with the lines:

“The layer cake's like being stuck in the system, Just for existence to be someone coming up as an infant, We seen it in Scarface, the road to the top the fucking hard way, But you know how the music is, gotta pass a few layers before you get rich, It’s a hustle, gotta struggle just so you can shit gold, And you still owe, that's why they get rich and you get broke”

Here Kano likens the rise in the music game to that of the movie Scarface, but it still isn’t that easy. In order to make actual money, you need to be at the top, if not you are still owing labels:

“It's never gonna stop until you're fucking with a cherry on the top, But I'm still trying, The road think I've blown but I ain't nowhere near the icing”

To the outside, it might seem like Kano had blown fully at the time, but he knows that it’s not the reality. So while being signed and releasing an album was the dream for many at the time, things weren’t as easy as they seemed. He may have come up from where he was, but he doesn’t feel like he advanced that much, “From pirates to mainstream, and still not that ahead, Feel I should knock it on the head”

At the end of the second verse Kano spits “Cause I'm in the industry man, in England, Where I’ll never sell more than an indie band.” We are now at a point where Grime music is more widely accepted in mainstream society, but there was a point where it was still very underground. And there is also the racial politics element, grime was villfied genre much like drill is now, and part of that is because they are black genres as evidenced by things like Form 696. Grime and hip hop at the time were not receiving industry backing, labels saw the success of Dizzee’s Boy In Da Corner and wanted to tap into that but did not want to commit or even know how to respect the genres. On the third verse Kano says “But I don’t think UK's ready, My tune's on heavy rotation cause it’s got Mike on,” which references Nite Nite, a song featuring Mike Skinner, which was able to get more label backing and play on radio and TV.

“Ever since So Solid dropped, "21 seconds", the charts ain't really had anyone reppin', So can you get to the top of the tops? Pow #11: still no Top of the Pops. How?”

It is amazing to see how much has changed and how prominent Grime and Hip Hop artists are in the mainstream, in the charts, and not just here, but in America too. But just 15 years ago, if it wasn’t MTV Base or Channel U, it would be very rare to see UK artists featured on mainstream platforms. And even when a single did see chart success like Pow was, they were not invited on platforms like Top of the Pops.

This song lays out everything, all of Kano’s frustrations, issues in the industry, the struggles of trying to make it. And it all comes together for one of Kano’s best songs. I imagine Kano feels different now, as with the changes within the music industry, he has been able to do things on his own terms, and now the mainstream has come around to his sound rather than the other way around. And now he is being recognised for it, winning a Q award for Outstanding Contribution To Music this year, his last albums both hitting number 8 in the UK charts, starring in one of the biggest TV shows this year, respect from his peers.

Kano ends the song with “Cause I don’t belong here, I’ve come a long way it’s been a long year, And I’m so near but yet so far, Climbing the ladder to this rarefied atmosphere” I don’t know whether feels he has reached the top of the Layer Cake now, but if not he is certainly closer. And he has done it on his own terms.