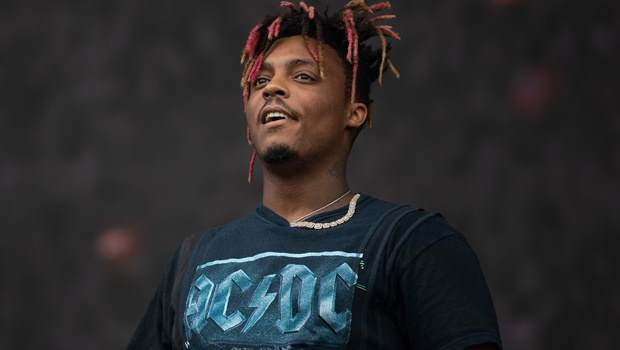 It has been reported by TMZ that Higgins suffered a seizure at Chicago's Midway airport on Sunday morning, after returning from California. According to the BBC, Chicago police stated that a 21-year-old man suffered a medical emergency at approximately 02:20 local time (08:00 GMT) and was taken to the hospital where he was pronounced dead.

Police have launched an investigation into the death, as according to the Cook County Medical Examiner's Office that the cause of death is not yet known.

The 27 Club is the name for artist who died tragically aged 27, such as Amy Winehouse, Kurt Cobain and Jimi Hendrix.

Juice Wrld fans have been paying their respects to the rapper on social media. One fan said: "Nobody could hop on different beats for an hour and kill it like he did", followed by a video of Juice Wrld rapping.

RIP JUICE WRLD😪💔 Nobody could hop on different beats for an hour and kill it like he did pic.twitter.com/GBRpYXuR31

RIP Juice Wrld. You helped us all through so much. He will never forgotten. 😭❤️

RIP Juice WRLD
so young and talented, thank you for sharing your gift with the world and allowing army’s to get to know your music, as well as a collaboration with SUGA and RM #RIPJUICEWLRD #bts
Army’s: help spread positivity and condolences 🙏🏼 pic.twitter.com/edW0lSMuS4

We send our deepest condolences to the family, friends and fans of Juice Wrld.