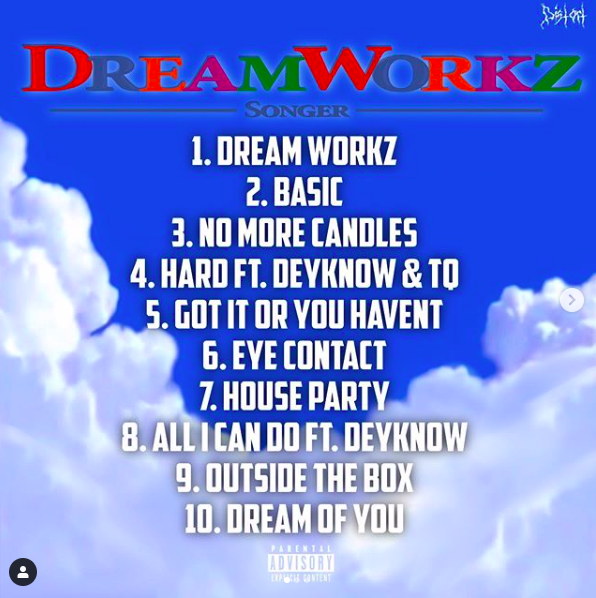 The up-and-coming Reading artist became known after his series of Blackbox hits attained over 4 million views. Since then, he has been making waves with excellent word play and clear talent.

He released 'Haka' last week featuring DeyKnow and has over 30k streams already.

Today, he released the tracklist to his awaited first project 'DREAMWORKZ', which includes 10 tracks and a couple features from Deyknow and TQ.

'DREAMWORKZ' will be released on the 19th of December, but you don't have to wait that long for a taste of it- his second track 'BASIC' is going to be dropped tonight at 12am, so do not miss that!!

here’s da tracklist. my first project! regardless of what happens next i love it an i’m proud. i wanna big up and give all my respect to every single man who will hear this album still in 2019. you man are sick. DREAMWORKZ out in 12 days. track 2, BASIC, out at midnight.