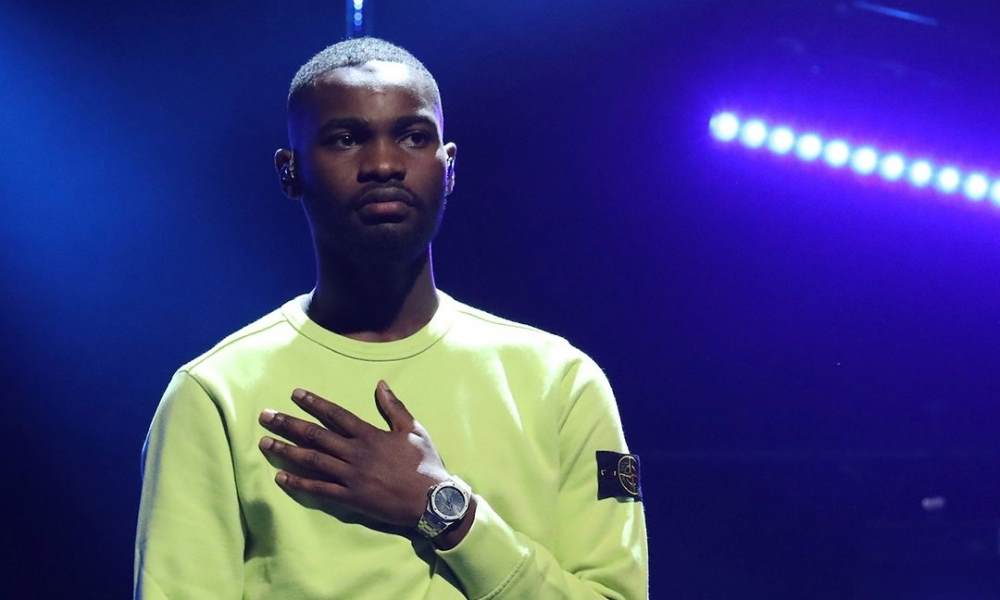 In this new series, I’ll be breaking down and exploring the work of the pioneering British artists who shaped our musical landscape over the past decade. It’s certainly been one of achievement and new heights, with spitters and musicians from our small island reaching major commercial success and widespread critical acclaim for the first time in history. I’ve spoken before about the new-found unity amongst our stars and of how important each one is to the balance of the overall scene. With that said, let’s kick things off with a closer look at the rise of Streatham's finest.

David Omoregie has never been a stranger to pain. Raised in South London by a single mother working back to back nursing shifts, he has dealt with family issues and navigated a vicious urban jungle admirably. The hardships he has faced have not only braced him for the trials of the modern music industry but given him a wealth of gripping material in which to explore as a musician also. But let’s go back to when Santan first arrived on the scene.

It’s 2015 and the burgeoning emcee makes his debut with a clean and confident Blackbox freestyle, introducing us to his commanding style of delivery, instantly demanding our attention. Later that year Mixtape Madness gifts us with the track ‘Mid Summer Night’ and suddenly this promising upstart from the vale is creating a name for himself in an already saturated market. The likes of SBTV and Charlie Sloth were, of course, quick to pick up on the buzz surrounding this talented new creative force, leading to a warm-up session and fire in the booth which between them amassed hundreds of thousands of listens and views. For such a young artist the promise of even higher potential with Dave was instantly clear. We were blessed with ‘Thiago Silva’ by the summer of 2016, and with a successful festival circuit under his belt, it was clear to everybody that we were dealing with a true talent here to stay. The track still stands years later as an enthralling showcase of the duo’s technical rapping ability and a great indication of the wit and complexity of their penmanship. This, of course, all takes place long before a kid wearing a bucket hat at Glastonbury ushered in its second coming.

So, it was clear that Dave was able to string together a fire freestyle and hit single, but some still questioned his ability to bring together a full body of work. Here’s where ‘Six Paths’ hits the scene. The six-track Fraser T. Smith produced project released in September 2016 rightly cemented its creators' place in the game. The tape also gave us the first impression of his release habits, showing that the hit singles we’d come to know may not be included in any larger collections. Highlight track ‘Wanna Know’ proved not only a major hit in the UK but far further afield too when hip hop royalty Drake jumped on the beat for a new remix. Dave maintained this success with the releases of fan favourite J Hus collab ‘Samantha’, ‘100M’s’ and ‘Tequila’ which all added to his rising clout leading to the drop of his next EP.

‘Game Over’ solidified Dave’s position as a vital social and political commentator. One able to mix important messages and moral questions with slick delivery and memorable melody. The project gifted us with ‘Question Time’, a brilliant reflection of the views of disillusioned British youth, and the knockout collaboration with MoStack ‘No Words’, a modern classic single that will still have the entire party screaming out in unison "Where's your army, where's your mandem!?! Santan’s credibility as a heavyweight of the British scene was now never in question, with a sold-out tour and best newcomer win at the MOBO’s adding to his ever-growing list of achievements. ‘Hangman’ brought into view the growing trouble in an austerity overrun the capital, also highlighting a rising talent for production. While ‘Funky Friday’ brought the artist a new wave of mainstream radio listeners when it broke the formula and reached number one in the singles charts. Impressive feat after impressive feat, long term fans of Dave now cried out for a full-length album.

Over the previous years, Dave had showcased his versatility admirably. Again, we knew that the young artist could produce bangers for the club and make radio-friendly hits, but 'Psychodrama' served a different purpose altogether. This journey of self-exploration and discovery proves to be a gritty, often unsettling but always thrilling journey into the pain, societal injustices and industry issues that its host sees in his everyday life. “Stop all the pain, how do you stop all the pain?”. From the jump, Dave commands our attention with gripping presence. The man has a story to tell and things to get off his chest the best way he knows how.

The lead single from the album ‘Black’ debuted on BBC Radio 1 receiving backlash from a select audience who felt offended by the song, remarkably. This track is a confident, proud anthem detailing Dave’s personal experience as a young black man in modern-day Britain. It cleverly emphasises the limits of language on racial identity and diversity, in a country where the media and politicians continue to fail at representing ethnic minority experiences. The lack of a hook, piano instrumentation and excellent production from Fraser T. Smith all add to the tracks compelling nature, allowing the audience to formulate their opinions and open conversation with ease. Black rightly shatters stereotypes and bias all while serving some home truths regarding ingrained societal issues still existing today. ‘Streatham’ calls upon Dave’s tried and tested conscious rap formula for which his fans adore him. Slick wordplay and punchlines keep the listener on their toes, constantly surprised by the creativity in his writing and comfortable knowledge of the pop culture. The progressive evolution of the beat throughout the track adds to the heightened drama, transporting us to the midst of South London’s concrete jungles all from the safety of our Beats Solo headphones. And Dave hasn’t forgotten the capital audience who gave him his start, the song is littered with London specific references that may go amiss with the casual listener. “My young G’s done draws and eights, Now he’s cutting through bricks like the 118” The track not only serves as a rundown of Dave’s personal experience in this setting but an educational look at the streets that raised him. Similarly, ‘Screwface Capital’ is laden with accessible takes on his harsh home setting, with a dark yet gentle instrumental to match. But it’s not all doom and gloom here. Tracks such as Purple Heart and Voices ease the tension. While Location featuring Burna Boy and a production tag from Jae5 quickly became a summer anthem for the long days in the park and endless summer nights. Not only do these tracks lighten up the project significantly, but they also provide appeasement for Dave’s growing audience of casual listeners perhaps not acquaint with a hard-playing field of the UK rap scene.

The album closes with Drama, a song featuring excerpts from real-life conversations between Dave and his elder brother who is currently serving a life sentence. “I lost the only person I ever fucking idolised”. This track displays Dave’s pain at the point of conception, detailing the complex impact that this conviction had on his own mentality, and ultimately how the emotions caused by this event led to determination in music. Psychodrama is an unapologetic, raw, emotional and intensely gripping journey through Dave’s experience in life so far. The album works magnificently as a platform on which Dave can display his technical skill as a rapper, but also as a depiction of the wins and losses he has garnered so far. He produced an artistic masterpiece here, one which surely stands out as one of the finest projects the UK scene has ever produced. It seems only right that the project was honoured with the Mercury Prize, as its importance should not be undermined.

It’s easy to forget that this young artist is only twenty-one years old. The importance he already holds in the landscape of British music stands as an incredible testament to his work ethic and talent. After closing another sold-out run of UK shows with a celebratory homecoming Brixton gig, he now embarks on his first foray into America. If their response to ‘Location’ is anything to go by, Santan will break ground on the far shores of the Atlantic as he has done at home. He truly stands as one of the most important creators of the decade.