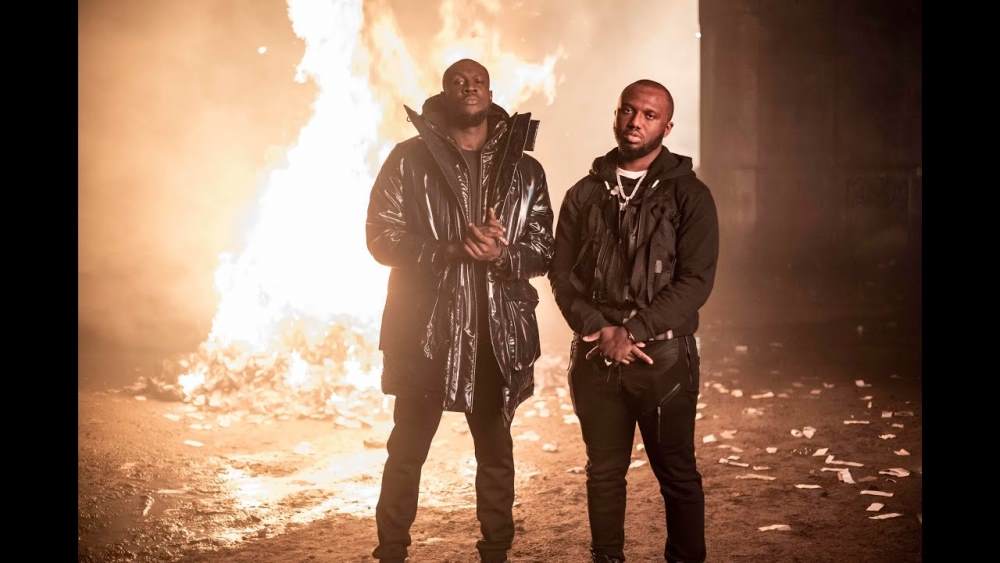 Ahead of his album release this Friday Stormzy drops a new track and accompanying video for 'Audacity' featuring Headie One. Over a pounding beat, Stormzy and Headie trade verses with funny punchlines like 'jar full of dead MCs like Paul Bearer' which is one for all the wrestling fans, and Headie's bar 'Trident can't believe I'm lege so they're In Da House like they're Ali G.

The gritty visuals, directed by Taz Tron Delix, depict Stormzy and Headie in a variety of night-time settings, with Headie starting his verse while hanging upside down and Stormzy looking like he is somewhere from Mortal Kombat.

The song closes with the repeated lines 'When Banksy put the vest on me, felt like God was testing' possibly hinting at some of the content on the album, that the crown and responsibility that Stormzy now has as a UK leader, is Heavy on the Head.

Check out the video below and let us know how excited you are for the album on our socials.