HomeNewsCyphers: A rap medium that's taken over the world

Cyphers: A rap medium that's taken over the world 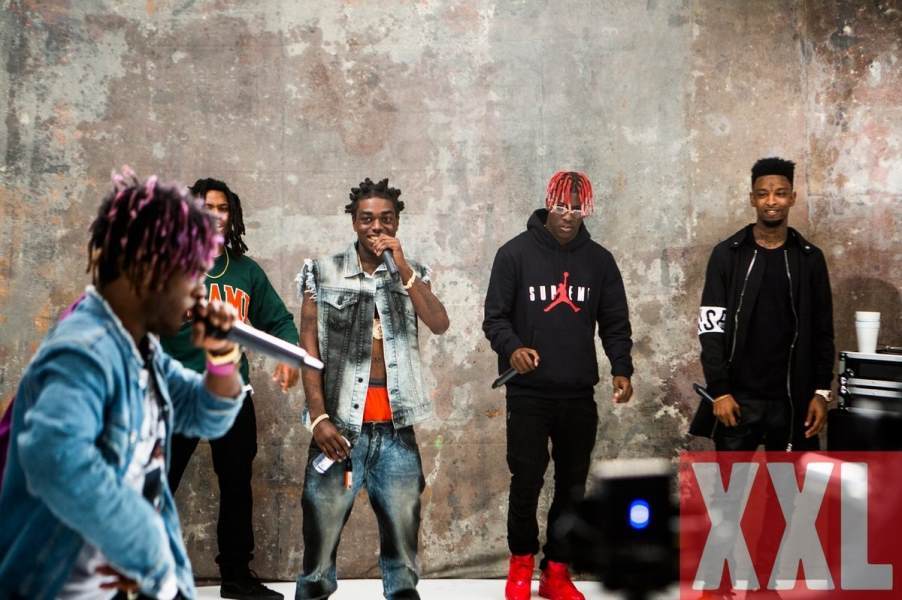 Cyphers have always been a valuable component of rap culture, and since the beginning of hip-hop, have been the foundation of many rap careers, trends and sounds. Whether its Nigeria’s Martell Cypher, Americas XXL Freshman or Link Up TV’s ‘The big Link up’, the global impact and the way they have contributed to rap as we know it is unequivocal.

So, what actually is a cypher?

A cypher is an informal gathering of rappers who come together to improvise, create and enjoy music. The artists get together and are documented rapping over a shared beat displaying an array of lyrical talent, which is then shared to us, the public to enjoy. Cyphers are important for many reasons, one of which being the way they encapsulate specific era’s in hip hop. According to the oxford dictionary, a cypher can mean a circle or the number zero. In the ’80s, cyphers adhered to this as traditionally, they were performed with the artists standing in a circle.

The following 1999 new York cypher features 50 Cent, Consequence, N.O.R.E. & Punchline and, in particular, epitomizes that late 90’s rap sound we all know and love. With lyrics that are demonstrative of early ‘Gangsta rap’ alongside a beat that’s both gritty and crude, everything about this cypher is as '90s as rap can be. These early hip-hop cyphers we’re typically structureless and unrefined with a simple beat to draw focus towards the rappers content.

Debunking the idea that rap is homogenous, cyphers also contribute towards the emergence and popularisation of the genres diverse virtuosity.

In 2017, members of drill rap groups Zone 2 and 410’s AM and Skengdo came together with Kenny Allstar to create a freestyle cypher for Kenny’s ‘Voice of the streets’. This session displayed what was arguably some of the best drill talents in the country, with its upbeat, witty tongue in cheek metaphors and humour, alongside a head-bopping beat, what’s not to love about this cypher?

On the other hand, Link Up TV’s 2015, ‘The Big Link Up’ cypher offered a more, introspective sound. This cypher featured verses from Blittz, Big Tobz, Kemo, Scamz, Realz, Skore, Fatch and Shower Malik.

British platforms like Link Up TV, have continued to provided platforms for many cyphers that have gone one to become some of the most memorable moments in the U.K.’s rap history:

While all of the cyphers throughout this article represent very culturally and lyrically different sides of the rap spectrum, the inherent purpose of each remains the same. Artists who genuinely want to create good music for the fun of it. Unlike a record label directed music video or choreographed live performance, cyphers are much more raw, unfiltered and expressive in their deliverance. They have continued to be a monumental part of rap culture throughout history all across the globe, and have evolved simultaneously with its music.

As rap continues to evolve, will this impact how cyphers are used in the future? In ten years time, will they still be as impactful as they are today?