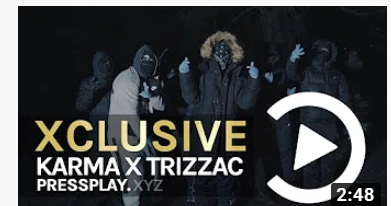 The song and its lyrics are raw but censored with a playful sonic ring sound effect. With its ominous beat, the track is almost nostalgic to the traditional, non-commercial drill sound we know and love and this is reflected in its visuals, filmed on street corner streets of London.

Karma and Trizzac feature in ‘Dead’. Watch the video below: