HomeNews#ThrowbackThursday: Looking back at the music career of Bashy and a plea for his return

#ThrowbackThursday: Looking back at the music career of Bashy and a plea for his return 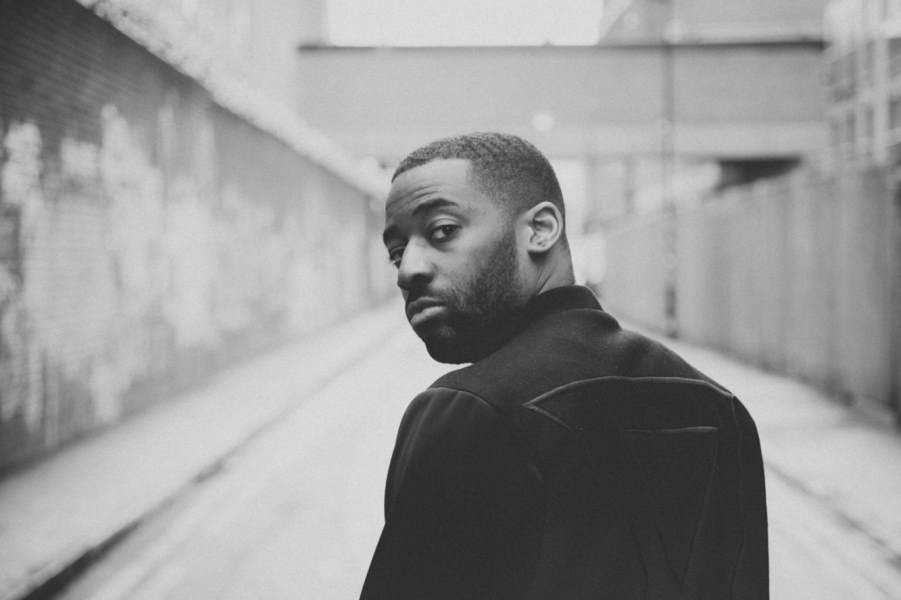 After the craziness of last week, I had the urge to listen to 'F**k the Government' by Bashy and Bruza, no idea why. The track off Bashy’s first mixtape Ur Mum Vol. 1 sees Bashy and Bruza trade verses over UK Hip Hop legend Fallacy’s track ‘Groundbreaker.’ The track sees Bashy spit crazy lines about what he wants to do members of Parliament, the Royal Family and Blair and Bush themselves. This sent me down a rabbit hole of Bashy songs on YouTube, ranging from his mixtapes, to his albums, to freestyles. And it just reminded me of how good Bashy was. And how much his voice is missed.

A lot of people now might recognise Bashy as Ashley Thomas, Hollywood actor and star of shows like 24: Legacy, The Good Fight and Salvation. But in the mid 2000s, Bashy was one of the most exciting Grime MCs in the scene. Standing by himself and hailing from North West London, an area underrepresented in Grime, Bashy strove to be different. His debut mixtape Ur Mum Vol.1 showed a range of content, punchline heavy tracks ‘I’m From a Place Where,’ contemplative songs like ‘What Would You Do?’ concept tracks like ‘Money’, tracks about the industry like ‘F**k the Mobos’ and politics on ‘F**k the Government’ and of course a war dub on ‘F**k Wiley.” The mixtape was brash, it was disrespectful, it was confident, it was funny and it was a powerful statement. Bashy was here to make a name for himself on his own terms.

If Ur Mum Vol. 1 got Bashy a buzz, it was Chupa Chups which skyrocketed him. Released in 2006, and famously delivered with a Chupa Chup lollipop attached (I got mine from UKRecordShop) Bashy was now older, more mature and this was reflected in the mixtape. ‘Death is Just a Page Away,’ saw Bashy talk about the need to move away from beef and hype, in order to concentrate on making money. ‘Crying Out Loud’ is a call out to the government, to the hood, to God, asking for an end to the violence, for an improvement to impoverished areas, for an end to the violence.

Chupa Chups also saw Bashy experiment with the beats he was rapping over. While Ur Mum Vol.1 and Chupa Chups featured a lot of traditional Hip-Hop songs and songs over American beats, Bashy used Chupa Chups to rap over the Basement Jaxx tune ‘Where’s Your Head At?’, Stardust’s ‘Music Sounds better With You,’ and The Daft Punk song ‘Harder, Better, Faster, Stronger’ way before Kanye sampled it. Bashy’s choice to rap over non-traditional beats would surely inform his future collaborations with artists like Gorillaz and Akira the Don. Bashy also experimented with song concepts, ‘London Underground’ produced by Scorcher saw Bashy fit in the names of different underground stations into the song, with lines like ‘Staying on tracks a battle, fam I need an Angel, I pray to god on my knee's in a White Chapel, Lifes stressful, lucky I'm Westbourne/West Born.”

One of the highlights of the mixtape saw Bashy rap over The Streets’ ‘Blinded by The Lights’ on the song ‘My Nightmare.’ A storytelling track about the ramifications of getting into beef, I won’t spoil the ending for people, but the storytelling that Bashy showed on songs like this and on 4 O’Clock were surely influenced by the acting classes he took when he was younger, and this storytelling would continue into his future career.

The Chupa Chups mixtape created a lot of hype upon its release, the songs were receiving a lot of play on grime radios shows, the forums were talking about it, and the snippet of one song in particular, would put Bashy in the spotlight.

One of Bashy’s biggest contributions to UK music was the iconic Black Boys, a tribute to Black brits. Shouting out everyone from fellow Grime MCs Dizzee Rascal, Wiley, Kano and Lethal B, to rappers like Swiss, Sway, Black Twang and Rodney P along with actors, singers comedians, athletes and record label directors and even Sir Trevor McDonald. Bashy set out to make a positive song for young black youth in the UK to listen to, to let them know while the achievements of US artists is something to look up to, there are people right here in our own country who they can aspire to be like. In a crazy turn this song actually received complaints to Ofcom, saying it was racist. This didn’t stunt the songs success as people continued to share it via phone and online, a sign for future generations that traditional means of breaking a song where no longer the only way. The momentum the song created led to Bashy releasing several remixes featuring everyone from Skepta, Ghetts, Wretch and Chip, to Big Narstie, Akala, Skinnyman, Scorcher and Durrty Goodz. With the success of this song, Bashy was able to involve the whole spectrum of UK music, not just sticking to the Grime scene. This unifying effort was so important for those who were only used to seeing negative images of black men in the media.

The two mixtapes and the release of Black Boys were all leading to the release of Bashy’s debut and only album, Catch Me If You Can. Bashy’s cinematic flair was on show with this album, with the release of ‘Ransom,’ a 6 and a half minute video, featuring Bashy himself getting kidnapped by Scorcher, then a call to Wretch 32 to get a ransom for his release. This song, coming before things like Rapman’s Blue Story, managed to tell a story in a creative way, marking Bashy as a masterful storyteller. ‘Change’ another album stand out saw Bashy looks back at the regrets through his life to see what he wish he could change but also questioning whether that would make him a different person altogether. ‘Living My Dream’ saw Bashy look back at his career, the mistakes and all. The album was released to good reviews and it seemed Bashy was primed to continue shine and rise, but it seemed something else was calling.

In 2010 Bashy got a role in the movie Shank. This is following a stint as a music supervisor on Noel Clarke’s Adulthood, which brought us the classic ‘Kidulthood to Adulthood,’ track. Following this Bashy got more and more acting roles and as this continued and he gained more success, he began to leave the music scene behind. Yeah he was still releasing mixtapes here and there, but the move to to a different medium was on the cards. Bashy, or Ashley Thomas as he is now more commonly referred to, has been featured in both movies and TV, with appearances in popular shows like Black Mirror, The Night Of and Top Boy. A short film he was in was even nominated for an Oscar. Ashley Thomas has made it.

But part of me still hopes for the return of Bashy one day. Bashy in his day was one of the best MCs in the scene. His punchline heavy freestyles, his storytelling, his humour, Bashy’s return would be a big deal. But Bashy’s music was always laced with a message, from the very beginnings on his mixtapes when he was like 19. With the country the state it is in, I am sure Bashy would have plenty to say, but still making it catchy. And with the scene where it is now, Bashy would have an even bigger platform to speak. Or maybe movies are the way he wants to do that. Either way, Bashy’s legacy and music are a huge part of the Grime scene and should be recognised as so. Here’s hoping at least we can get his stuff on Spotify.