HomeNewsGiggs Short Film The Essence Part 2 Drops And Its Fire!

Giggs Short Film The Essence Part 2 Drops And Its Fire! 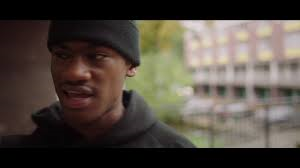 Giggs continues his short film with another edition titled The Essence Part II: Set It Off. The short series/film welcomes new actors to the scene such as Youngs Teflon, Tiny Boost and 2019's viral figure Ty Logan. The movie is directed by Myles Whittingham

The short movie is written by Michael 'Buck' Maris and Ashley Chin as well as April Walker who aids in the Co-writing of this short film/series. The short film/series touches on the topics of gun culture, suicide, and abortion, detailing serious issues that affect the community living their daily lives in the streets. I won't drop any spoilers, but Ashley Chin who plays the role of Issac in the film/series makes a return. If you watched the first one you will know what I am talking about.

I definitely expect a part III to the short film/series, but for now, watch the movie below and see for yourself