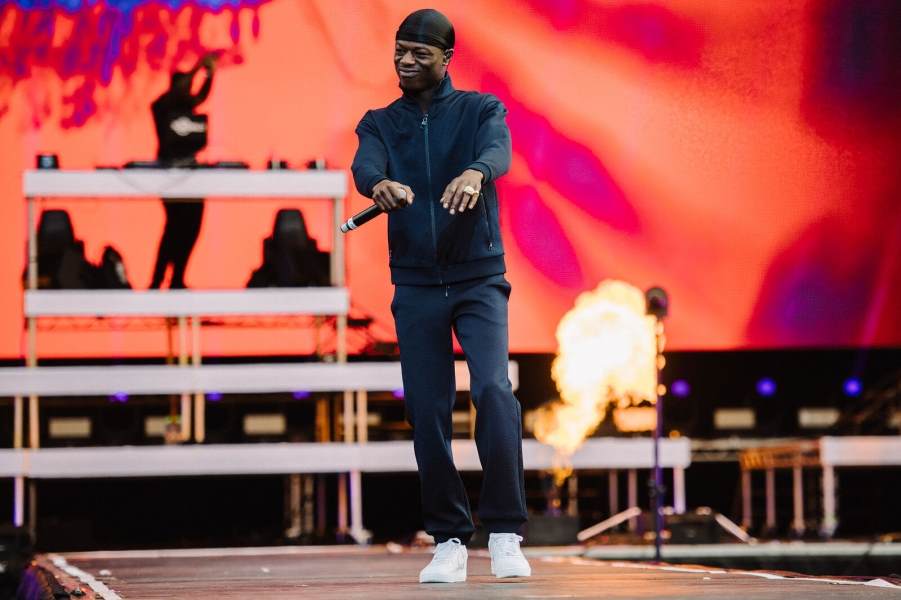 Did you see what he done? Over the past years the farda has owned his craft cementing his place at the forefront of the British scene. The new wave of mainstream success in UK urban music supports artists of many genres and subdivisions, and J Hus finds his magic in the combination of several differing yet complementing sounds. But where did his journey begin?

Hus was raised in Stratford by a Gambian mother who introduced him to a diverse array of musical influences. Afrobeats, bashment and even the king of pop all served as major musical influences upon his young mind. The jungles of East London create a melting pot of worldly cultures, flavours and sounds, and through listening to his music it’s clear of how beneficial this communal upbringing was to the young artist. The influences from the older generation of parents and elders clashed with the new London noise of grime, creating a unique approach to songwriting and storytelling. Hustler always fancied himself a performer. During his formative years, he dreamed of achieving success as an actor, but these dreams fell to the wayside when he began to fall into trouble. Admitted to prison twice it became clear that he needed to commit to a path. With encouragement from friends and an early 2K Management team, music became the sole focus of his efforts.

From his first Blackbox freestyle and appearance on GRM Daily Hus’ rise to fame moved at an accelerating pace. ‘Dem Boy Paigon’ brought its creator major attention on the scene from artists and fans alike as people were transfixed by his lyrical ability and fusion of afrobeats and rap. It's haunting instrumental complemented by his switching of styles and vocal cadence. ‘No Lie’ added to his rising clout, and before we knew it J Hus’ music was getting people up on their feet in dancehalls and clubs all over the capital. He capped off the year with an impressive Daily Duppy, a debut mixtape and the still banging ‘Lean and Bop’ which was played over ten million times on streaming services. Not bad for a new upstart from the streets of Stratford, right? I remember hearing the name repeatedly from friends back in the UK when spending my summer over in Houston Texas, even in the frat houses and front porch parties I graced there Hus’ sound got people moving.

The ascent continued throughout the following years when the farda earned his first MOBO nomination for ‘Friendly’, collaborated with Nines and Stormzy on their respective projects and teamed up with a fellow newcomer to the scene Dave for the knockout track ‘Samantha’. Hus had obviously made his place at the table concrete but was yet to become a household name. Then arrived the lead single from his debut album, ‘Did You See’. This song is something special. Instantly recognisable from the jump with its JAE 5 patented instrumental, the melody and flow of this song are one that rings in your head for days and weeks on end. I must’ve listened to this track a thousand times, yet when its marimbas blare through my headphones or the speakers at a bar it never grows tiresome. It is the ultimate showcase of Hus’ genre-hopping ability, and I challenge you to find a room where this song will not be received with equal measures of warmth and excitement. It peaked at 9 on the UK singles chart and now the name J Hus finally received widespread recognition.

‘Common Sense’ dropped in 2017 and again showcased Hus’ ability to defy the confines of genre. The dark grittiness of grime and the UK rap scene blend seamlessly with light-hearted afrobeats melodies, and Hus demonstrates just how comfortable he is performing on a variety of musical landscapes. The influences of his family’s home country of Gambia, American gangsta rap and garage are all on display creating an immensely enjoyable and diverse body of work. Hus has noted one of his biggest influences being that of 50 Cent and this is reflected in his lyrical delivery. Singing, rapping, blending the two is where Hus finds his voice. Throughout the seventeen-track listing he explores his identity and dissects what it means to be a black Brit in the modern-day. Heritage and birthplace can seem like wildly different worlds, but in this musical journey, Hus finds common ground, paying homage not only to his upbringing at home but the streets that raised him also. ‘Clartin’ is a call back to the aggressive stateside bangers of the late 90’s, ‘Bouff Daddy’ an anthem to ring out for years to come. His ‘Big Spang’ EP continued this experimentation, while only adding to his already impressive catalogue.

For all his achievements in music thus far J Hus has unfortunately experienced his fair share of pain. Alongside his previously mentioned stints with HMP he was once stabbed five times, and of course, returned to prison in late 2018 after being caught in possession of a knife. Many have been quick to judge him as another statistic in this respect, but it’s important to remember that success doesn’t just happen overnight. With rising fame Hus was still living in the same ends, still surrounded by the same enemies who chased him down years earlier. This begs the question, would you feel safe in the same situation? When your music is charting and receiving widespread critical acclaim there is an assumption attached to you that money is free-flowing. Just because ‘Did You See’ is playing at every party you attend doesn’t mean that its host is made for life. Hustler’s life changed so dramatically at breakneck pace, it’s understandable to me that old circumstance may be hard to leave behind in a similar time frame. Appearances on the albums of Dave and Skepta kept our appetites satisfied in the interim, but his eight-month sentence in the timeline of music seemed to last a lifetime.

Musically J Hus is in his own lane. Appearing on a wealth of differing material he has truly established himself as a huge creative force, one that the United Kingdom can boast with pride. His reputation precedes him, and in creating his own sound he has opened the doors for a wealth of other artists to break through the traditional barriers of genre. When Drake brought him out hours after his release during his run of sold-out O2 shows earlier this year, London rejoiced. It’s apparent that he is still battling his demons and the doubts of his own mind, but one thing can be sure. The farda is back, and the release of the pulsating and masterfully engineered ‘Must Be’ has fans once again salivating over the prospect of a new body of work. Aside from a headline slot at Wireless, he's been relatively quiet since his release, perfecting his next LP I'm sure. J Hus, truly one of the artists who shaped the decade.