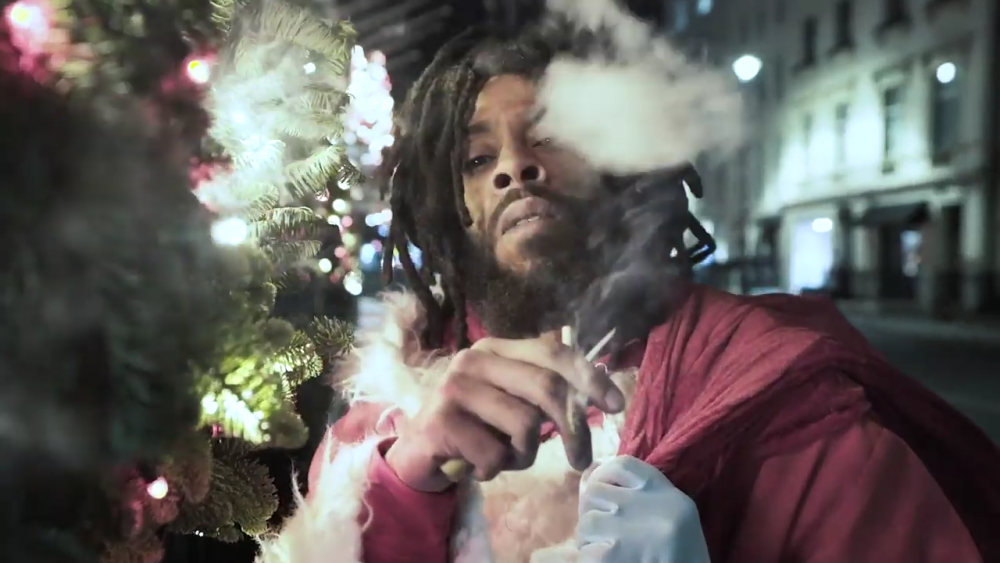 You might not think Grime and Christmas go together well, butGrime has a small but powerful Christmas tradition. There have been some classic Christmas day sets on Radio, like The Movement on Kiss 100, or Wiley on Rinse in 2004 by himself, these sets, full of energy and hype can get you over those last few hours when everyone is stuffed and conked out. This year will see Rude Kid release his Christmas day set he recorded last week.

And the library of Grime related Christmas songs is also building. Here are some of the most legendary.

Newham Generals – Flyin in the Air

Much has been made about the D Double E Ikea Christmas advert, a bold choice by a company to incorporate grime into their Christmas campaign, their first Christmas advert at that. The fact that it wasn’t watered down also helped its popularity. This wasn’t D Double having to lower himself to be the voice of an Ikea campaign, it was Ikea embracing the legendary MC and presenting him as the scene has known him for years.

But this isn’t the first time D Double has released a Christmas related song.

I am not sure where I first heard this tune, possibly on MySpace, or on Logan when he was on Kiss, but the first thing it did was bring back horrible memories of me watching The Snowman at 2 years old and crying when the Snowman melted. Once I got over that trauma I was able to fully appreciate the magic of this song. This song samples the Christmas staple Walking in the Air, from the Christmas classic The Snowman, and sees the original line up of Newham General, Footsie, Monkstar and D Double spit admittedly not particularly Christmas related song, though Monkstar gives us a Minder reference with the bar “close to Daley like Arthur.” But even though the lyrics aren’t particularly Christmas related, all 3 kill it as per usual, and the singer that comes through at the end gives us that The Snowman feeling.

Family get-togethers at Christmas can sometimes feel long, but you know that you have to make the effort, and usually you will enjoy it once you get into it. Wiley showcases the range of emotions you go through at family gatherings on this song. Over a Christmas infused grime beat, Wiley starts off not wanting to go downstairs and chill with the rest of the family, instead of staying upstairs to play Fifa and thinking of new music, which sounds like the most Wiley thing to do. But then in true Christmas fashion, Wiley gets some food brought up to him by his aunt and the memories of Christmases of old come flooding back.

Verse 2 sees Wiley head downstairs and describe the munch that has been put on. All the best food plus Chinese Ribs, Chocolate Gateau (but he don’t eat Raisin cake), chicken rings, lamb, beef, Rose or Wine and some brandy. Like a Netflix Christmas movie, Wiley discovers the spirit of Christmas, hat you should be around family “or else you’re at home straight angry.” Wiley exhibits that sometimes making the effort can relieve you of that stress and that spending time with family is important at this time of year, even if you just want to play PS4 and make tunes, you know it will make them happy.

The theme of food continues in this song, as it is a huge part of the Christmas period. Whether you are meeting up with family for a meal or indulging in the post-Christmas sales to buy all those chocolates that were way overpriced prior to Christmas, food is a big part of the festive season. But Durrty Goodz isn’t just eating at Christmas, no you see every day is Christmas for him, because all he does is eat MCs.

Every frame of this video is a work of art and should be framed in a gallery, as Durrty Goodz makes his way around Central London dressed as Santa (or Rasta) Claus, going past Harrods, Hamleys, taking in the Christmas decorations on his pedal bike. The song also features lots of Christmas references including “decking the hall with MCs veneers,” “these bars are Christmas crackers,” “on the 12th day of Christmas my true love said to me ‘D.G. fix up,” and a shout out to everyone’s favourite Christmas film Home Alone “Every artist is trappin' like Kevin McCallister, Guess you can say that I'm home alone.”

And it wouldn’t be a Durrty Goodz tune without some gems like “He's a made-up gangsta, Like Coca Cola made up Santa” “Man are legendary like Bethlehem, Once upon a time Christmas was banned in England.”

The last line on his last verse says “'Cause man are tryna make an anthem out of this, Put it on your playlist every December 25th” so remember to slap this on to your playlist for the post-dinner, pre-Eastenders lull.

Bonus - JME and Tempa T on Tim and Barry TV

While this isn't directly Christmas related, what is more, Christmassy than snow? This legendary video sees Tempa T and JME link up with Tim and Barry TV to spit bars in the snow. Slap it on tonight and pray for snow tomorrow.
Bonus 2 - Ghetts - Merry Christmas Intro
In 2010 Ghetts released a Merry Christmas EP, and this intro sees him talking a madness over a grimy Jingle Bells remix, get your day started with this one.
Share on facebook Tweet
Author: Daniel David