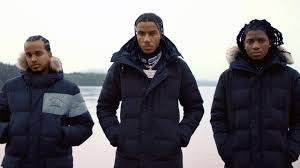 AJ Tracey unveils brand new visuals for 'Zelda' featured SahBabii and SAFE. This song was taken from his deluxe version of his self-named debut album, which landed third in the UK Charts and reached Gold by the British Phonographic Industry.

In this track, he showcases jumpy lyrics and melodious flows laid over a bouncy, feel-good production. SahBabii and Safe complement the track with their range of melodies and trademark styles. The Zelda inspired visuals, presents the artists located at a castle and animations of them as if they were playing Zelda.

This outstanding track was a great way for AJ Tracey to end the year and an intriguing collaboration of the UK, US and Canadian music coming together.

Check out the visuals below and let us know your thoughts on our socials.