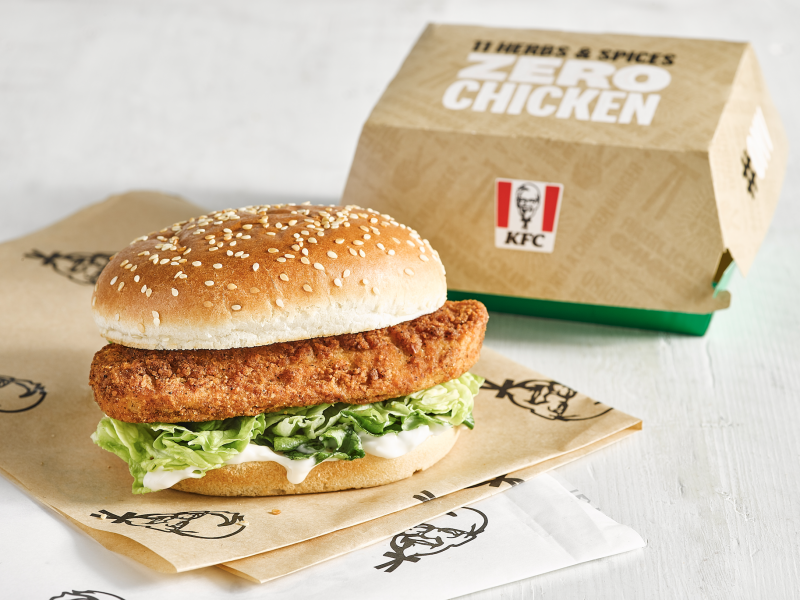 KFC officially launches their vegan burger in all UK stores.

Last year KFC trialled the Imposter burger, a vegan burger made with Quorn and traditional KFC seasoning, in stores across the Midlands, London and Bristol. After selling over 500% more than expected, KFC has brought back the vegan burger indefinitely today, January 2, and it will now be sold in all UK KFC stores.

A spokesperson from KFC UK and Ireland stated: "The Colonel was all about welcoming everyone to his table – now vegans, flexitarians and our fried chicken fans can all enjoy the taste of our Original Recipe together.

The vegan burger is £3.99 and can be ordered as a meal with a drink. Fries are not vegan, as they are cooked in the same oil as chicken, but you can opt for corn on the cob instead.