HomeNews#WRITERSBLOCK: Billboards Top Rap Songs Of The Decade, A Disappointing Reflection Of The Times

#WRITERSBLOCK: Billboards Top Rap Songs Of The Decade, A Disappointing Reflection Of The Times 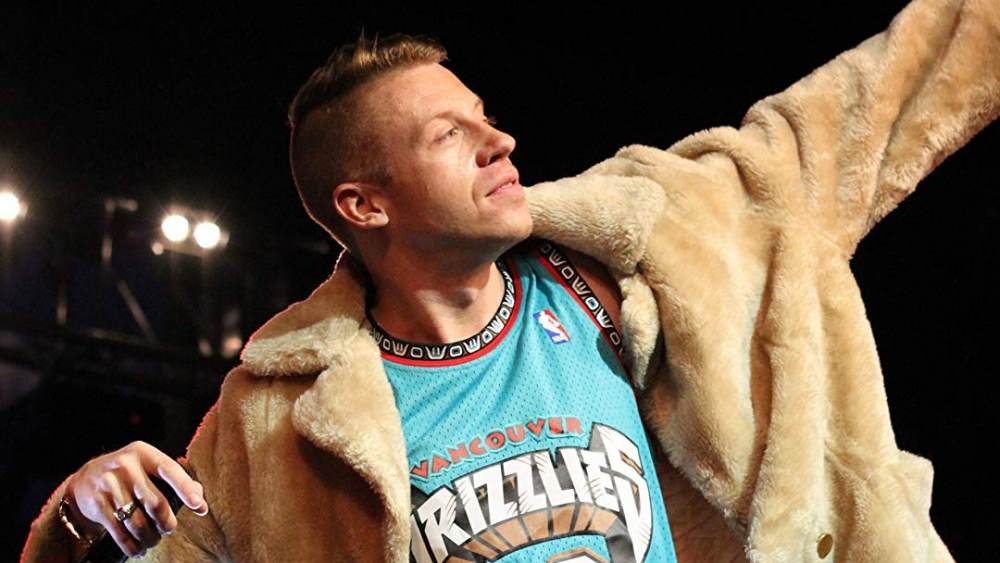 The 2010s have proved to be a glorious decade for Hip-Hop. One where finally a genre of music that was born in the underground as a middle finger to the establishment dominated the charts as the prominent form of mainstream music. In contrast with the decline of modern-day Rock N’ Roll, rap has birthed new icons in its own light. Names like Travis Scott and Post Malone are the rock stars of the new era, and without label interference or demands artists are unapologetically crafting their product. With the major event of streaming services rising to the top anyone can take the independent route, and due to this we are witnessing a golden age for the sound we all know and love. Rap has given voice to so many previously unheard. It has championed the broadcast of racial and societal injustices in the United States, given art an outlet to speak out against a bold and fearmongering White House and truly become the cultural sound of this generation. So that being said, why is the Hot RnB/Hip-Hop songs of the decade list recently released by Billboard such a disappointment? After scrolling through its listing I’m left with a sour taste in my mouth. An aftertaste that isn’t as much surprising as it is deflating. Let’s take a deeper look.

Firstly, it grinds my gears a little that Rhythm n Blues and Hip-Hop are still grouped together here. Both genres have shown major growth and developed a wide array of boundary-pushing artists this decade with many subdivisions and influences from other areas of music. To combine these as a duo, a representation of ‘urban’ music is quite frankly both unnecessary and subtly racist. This isn’t the 90’s anymore and both musical categories deserve recognition in their own right. It’s worth mentioning also that these lists are generated from a formula of popularity, commercial success and chart performance. Perhaps this can in part explain some of the questionable results.

Right off the bat, we see an indication of how this list will play out with the top song of the decade given to Macklemore & Ryan Lewis’ 2013 viral hit, ‘Thrift Shop’. The number one spot! Don’t get me wrong, I’m not here to bag on this track or underplay its achievement. It has an incredibly catchy hook; impressive production and I have great memories made during the time of its release. In many ways it serves as a true reflection of the meme culture birthed in these past years, but to be called the number one rap song of the decade doesn’t quite sit right with me. So, did it get here? Take a quick look at the numbers and the amount of money made by this song is mind-blowing. It has, of course, racked up millions upon millions of streaming plays, but before everybody and their mother paid a subscription to Spotify or Apple Music it also amassed a healthy wealth of digital downloads. This is where a common theme for the listing begins. Macklemore’s relevancy in pop culture and music has plummeted. ‘The Heist’ provided him with a string of hits and garnered widespread support, whereas following up albums ‘This Unruly Mess I’ve Made’ and ‘Gemini’ may have provided a hit single here or there, but ultimately proved to be commercial failures. It just feels as though we as an audience have outgrown this sound. Studying in Texas back in 2013 I lived for this track in the late summer and would rarely attend a party where ‘Can’t Hold Us’ had the room shaking. But like many, I don’t find myself ever scrolling back through my library in search of it. It feels kind of like a one-hit-wonder as many other selections put forwards by Billboard here do.

The top five is rounded out by Bruno Mars, Robin Thicke, Post Malone and The Weeknd. It amazes me how successful ‘Blurred Lines’ proves to be despite how problematic it is from a moral standpoint. Yes, Bruno Mars is an entertaining artist, but ‘That’s What I Like’ has hardly had a significant cultural impact. Artists like Kendrick Lamar and Kanye West receive little to no on this list despite having far more passionate fan bases and varied creative output. Post Malone’s ‘Rockstar’ features at number six and seems far more of a reasonable choice. Not straight-up Hip-Hop of course but the trap elements and melodic flows of this track are a big signifier of the sounds which have become popular over the years. Post has shown himself to be one of the kings of the streaming era, and that is rightly reflected here.

It comes as a surprise that Drake features for the first time at number eight with ‘One Dance’. He has enjoyed an immensely successful decade with back to back hit albums throughout. Whatever your views on Aubrey he has effectively become the biggest ‘rapper’ in the world, or at least the most commercially successful one. I think it says a lot about his influence however that his highest performing single here is a dancehall/afrobeat inspired track. In creating it he fused together with new audiences and displayed one of his most effective qualities. The ability to draw upon different sounds and genres that are absent from the mainstream music market and popularise them. The fallout from ‘One Dance’ is incredibly clear. It seems that most rappers now have a dancehall attempt amongst their body of work, despite many of them being soft toned-down replicas at most. Travis Scott appears in eighth place with his 2018 ‘Astroworld’ smash hit ‘Sicko Mode’. I really had no problem with this one charting so highly. La Flame has consistently produced a high standard of content throughout the decade with ‘Rodeo’, ‘Birds In The Trap Sing McKnight’ and ‘Astroworld’ essentially solidifying the Houston artist’s place at the top of his own sub-genre. When his debut effort was released nobody was making Travis Scott-esque music, now the scene is saturated with a thousand others trying to replicate his recipe for success. It’s also a testament to him that after being with us only a year this song has already performed so well.

The following stages of the list are littered with many other tracks which leave me with the same feeling as ‘Thrift Shop’. Fetty Wap’s insanely catchy ‘Trap Queen’ of course makes an appearance. But again, when was the last time you gave thought to that track? Many of these artists go viral with a single song and ride out it’s success for months to come before facing the cold abyss that is named irrelevancy. The music industry is one still brutal in nature, and the fall offs of the artists mentioned prior should serve as a warning to the likes of Lil Nas X and Lil Tecca to capitalise on their rising stars as quickly as humanly possible. Speaking of Nas something tells me he’s here to stay, and of course, his boundary-pushing longest ever charting hit ‘Old Town Road’ is also on display here. Whether you loved it or hated it the track proved to be the song of the year and was truly inescapable. Some may argue against it being included as a reflection of Hip-Hop in the 2010’s, but I would say it presents the constant genre-crossing that appeared in all genres of music throughout. Meme culture fell hand in hand with this sound, and we as the audience couldn’t get enough of it.

Cardi B, Juice WRLD, Wiz Khalifa and many more also make relatively high appearances. It seems like the true genre-defining voices have almost been left to at the wayside. ‘Humble’ eventually makes the cut somewhere near the bottom of the list, but I would argue that Kendrick has produced far more important tracks. Where is the recognition for the gritty, energetic street life anthems that were gifted to us on ‘Good Kid M.A.A.D. City’? The truth spitting, time defining political messages presented by ‘To Pimp a Butterfly’? Where are the lyricists here? J Cole receives no recognition, Tyler the Creator is ignored. Whatever formula was put to use to define what success by Billboard I cannot respect. A lot of these ‘Hip-Hop’ songs don’t sound like they belong under this umbrella. I don’t want to sound like an old head or purist of the genre as I do enjoy a lot of the new wave creators that have appeared this decade, alongside the trap elements that have come to prominence. Lyricism, however, is something that has always been so important to rap, ultimately capturing its essence. Such a meek representation of the amazing poets and wordsmiths we have been introduced to in recent years feels almost like a slap in the face. However, some of the artists discussed have earnt their place indefinitely. Hip-Hop has progressed through a necessary creative shift, moving away from the hyper-aggressive masculine tropes and old sounds associated with this music. These same stereotypes dominated the culture for years and change has been welcomed, it shouldn’t however in this list signify the loss of so many creative characteristics that make our beloved genre what it is. ‘God’s Plan’ or ‘Alright’? I’ll leave that choice with you. Find the Billboard list here and Happy New Year!