Wiley makes a statement on 'The Game' 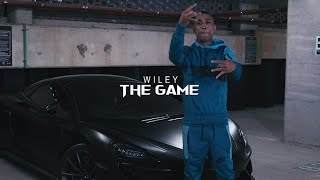 Wiley has been the man trending for the last week, due to his back and forth with Stormzy, and while all the eyes are on him, he has just released the visual for The Game freestyle; of which the audio dropped before the Stormzy feud. Ultimately, he's taking advantage of the buzz that is being generated, which is definitely a smart strategy from him.

The Grime pioneer is definitely in his element here, and in his bars he wants people to know that he was here at the beginning and, even now, he is still at the top of his game and not playing any games this year - "From the day Grime started, I was in it to win it, 2020 don't ask for my digits".

From this freestyle you can probably expect that plenty more music is to come from Wiley this year, which is always good for the scene. Whatever you have to say about Wiley, you can never argue the fact that he can spit bars very well.

Putting his beefs to the side, he smashed this freestyle, period. You can watch the full video below!