HomeNews#WRITERSBLOCK: The Rise Of Regional Rap

#WRITERSBLOCK: The Rise Of Regional Rap 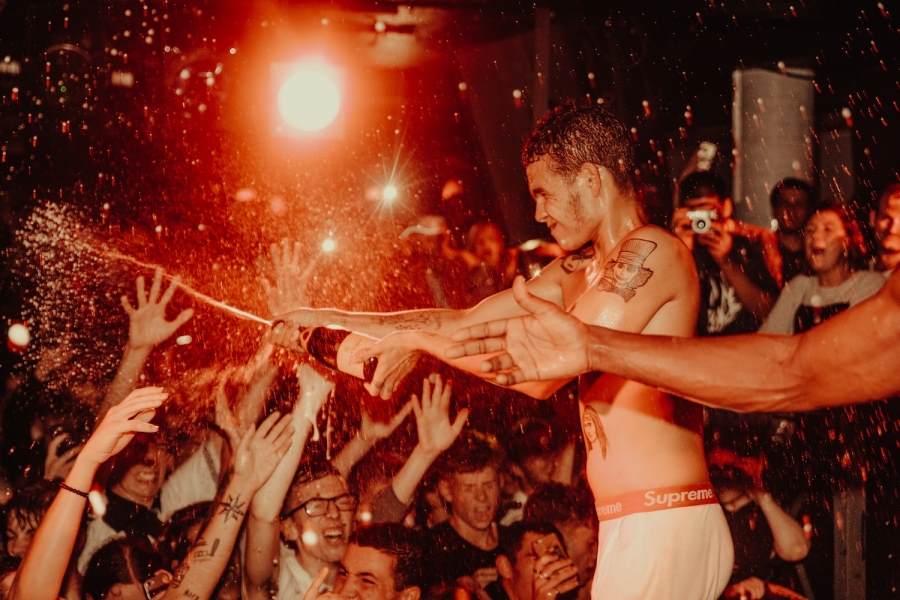 For the longest time, it seemed to many that UK rap tracks echoed almost exclusively from the streets of the capital. Britain’s brand of Drill and Grime may have emerged from the high rises and gritty underbelly of London, but now a new wave of artists are stamping their imprint on the industry far further afield than the M25.

Don’t get me wrong, London is still producing an exciting roster of diversely talented individuals and we’ve definitely seen spitters from other cities make it before. The difference now, however, is that there is less pressure to move south in pursuit of your dreams. People are proudly representing the areas in which they were raised, and achieving major success without the hassle of insanely expensive rent, extortionate alcohol or four-pound flat whites. Gentrification is of course rapidly affecting areas nationwide, but one could argue that London is most familiar with its effects.

Thinking of the second biggest sprawling urban jungle, Birmingham has produced a plethora of exciting talent in recent years. During a glittering career, Mike Skinner of The Streets may have proudly worn his distinctive brummie accent, but he still had to relocate in order to achieve his objectives. Now this burgeoning fresh slate of talent are making noise from the comfort of their own home settings. Mist scored his first top ten hit last summer when ‘So High’ was released, and produced a top five album to accompany it. Young T and Bugsey have made major waves achieving mainstream charting success also, and rapping in their own accents seems only to have boosted their commercial appeal. Growing up in Sheffield, my fixation was always firmly placed on the sounds of the American greats and London based Grime pioneers, not to the local emcee at schoo,l or the guy making a few remixes performing at small regional venues. So, what has changed? With the advent of streaming services, UK rap has launched itself into a whole new stratosphere. With such a large amount of talent to choose from, people are searching for defining features that make an artist stand out in their interest. People want to hear references and sounds from their neck of the woods, and this is a driving force in the success of these ‘regional rappers’.

As I say, we now have a wealth of listening material to choose from, but I wanted to give a special shout out to Northampton’s very own, Slowthai. Creating his own reputation as one of the country’s finest live performers, Thai has made huge strides over the past year. ‘Nothing Great About Britain’ is an incredibly unapologetic and ultimately necessary bolt of energy aiming a bold middle finger at the UK’s political landscape. It broadcasts the effect that the government has had on communities that do not stand in the immediate shadow of Westminster, and gave voice to much of the communal thinking held amongst the countries disenfranchised youth. It’s not just us loving this sound either, Slowthai has been making a name for him in the United States while touring with talented LA-based collective Brockhampton, and also earned himself a Mercury Prize nomination to boot. Another one of the main success stories to note, of course, is Aitch. His rise to prominence has been meteoric, with major charting success and well-known collaborations with a selection of Britain’s biggest names. ‘Take Me Back to London’ exposed him to Sheeran’s dedicated army of stateside fans too, and the streaming numbers now speak for themselves. He is unwaveringly Mancunian, and this accent proves alien to some has only added to his interest and appeal.

The popularity and output of Grime seemed to waver towards the back end of the decade. We have now seen a resurgence of course, and it was artists like Jaykae and Mist fuelling the genre again when it began to fade. Jay1, Trillary Banks and more have laid the foundations for others to make it in their cities, with more promising upstarts than ever before beginning to break into the market. Aitch has achieved success in a pretty unstable musical environment. Manchester has always boasted a rich history through the success of Oasis, The Stone Roses and the like, but rap has always struggled to take off it seems. Shifty achieved decent recognition when he stepped in the game, but the only real breakthrough for years came in the form of Bugzy Malone. He now clutches four top ten albums to his chest, is well respected in the overall scene and has memorably been involved in some notorious back and forths with his contemporaries. As regional awareness has progressed further, acts like Aystar, Lady Leshurr and Splinta have also began to tread the mainstream waters, and, with technology providing such an easy route to discovery, the masses are now looking outside the confines of their immediate surroundings for the most exciting new music.

Radio DJ’s have also had their part to play in the rise of regional rap. Rap culture in general has blossomed in ways nobody could predict. The 2010’s saw it overtake Pop and Rock n’ Roll as the dominating genre worldwide, and, as direct fallout from this, hosts are now looking to showcase talent from all corners of the nation. Link Up TV, and other platforms, continue to spotlight fresh talents, but outside of the city many have become their own master networkers, building up a loyal social media and live following all by themselves. It would seem a burden also comes with this new found success for many. In Manchester, Bugzy has received a fair amount of hate for breaking new ground and not bringing others with him. People must remember how difficult a task maintaining momentum is, and only when an artist reaches a certain benchmark are they able to focus their energy on others. With that said, the golden age of UK rap is in full effect. I can predict that labels will be scouting not only the stages of London for the next big thing, and rightly so. Who is breaking through where you’re from?
Share on facebook Tweet
Author: Lewis Newman