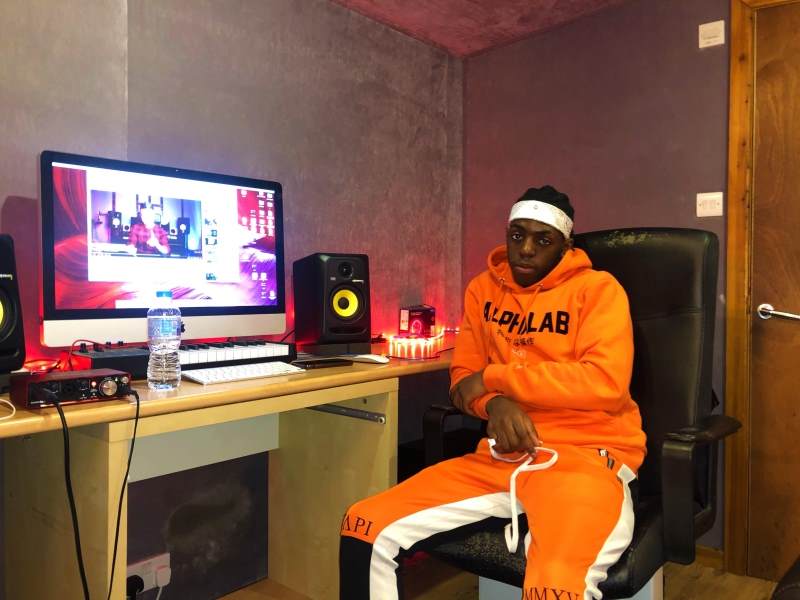 U.K. Drill is on it’s way to becoming a global phenomenon. With artists such as Pop Smoke, Fivio Foreign and Drake collaborating with U.K. producers, U.K. Drill’s influence on the rest of the world is becoming more and more apparent. And just like any other genre that expands beyond its borders, it's important to recognise and appreciate its roots. As the saying goes, give people flowers while they are still living.

In this four-part series of #BreakthroughBeats, I’ll be interviewing some of U.K. Drill’s most influential producers. The people who separated U.K. Drill from Chicago Drill and established a new sound and identity for London, with their #BreakthroughBeats.

I went to Foreign Kash’s West London studio to have a sit-down with him about his career, the U.K. music industry, and Drill... 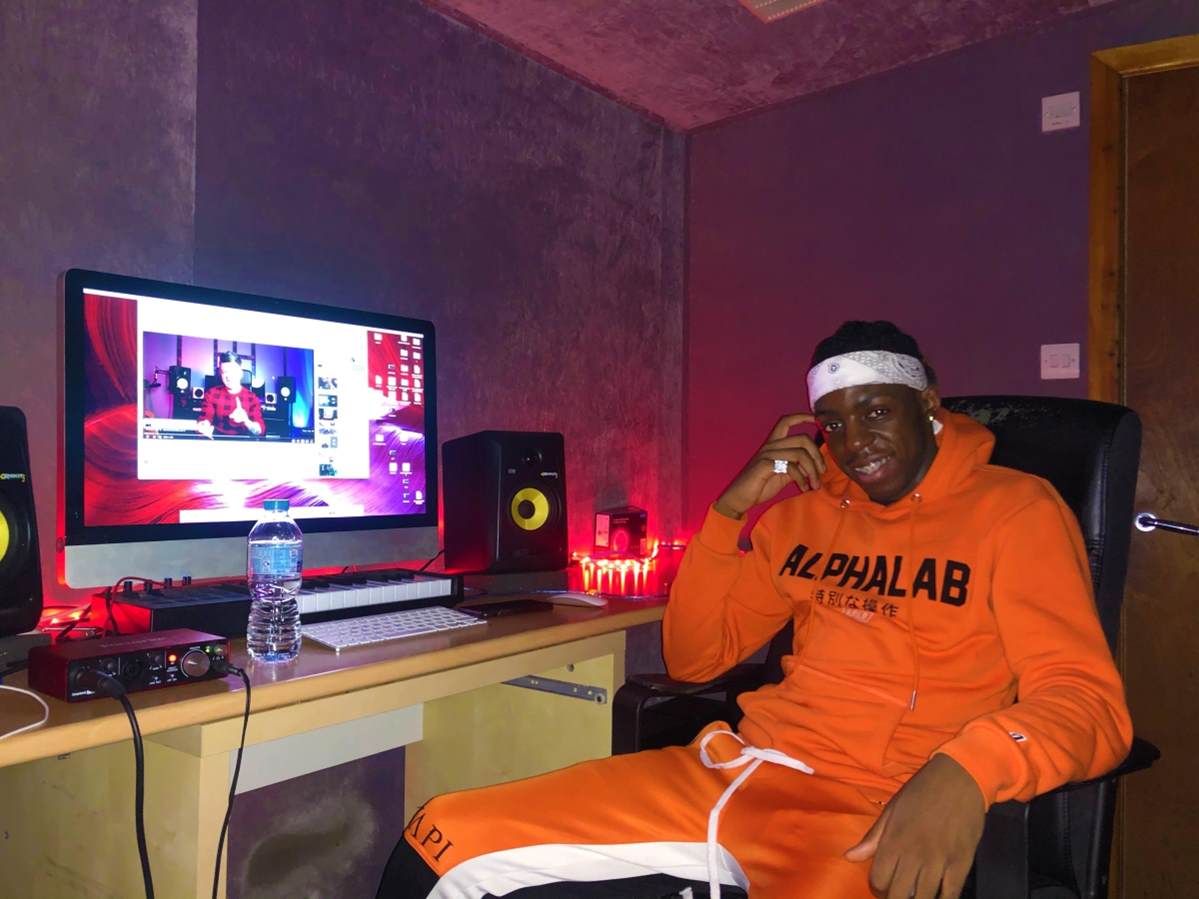 How did you first get into producing?

It was natural, I’ve always liked music. I’d listen to certain parts and think "rah how was that made?" I wouldn’t just listen to it just for enjoyment, I’d study it, and drums stuck out the most. In secondary school, I did a few drum lessons but stopped. GCSE’s came around and I decided to do music technology and I realised "okay cool I can actually make music." I researched a bit about it and it just grew from there. The summer transition from GCSE to college was when I did more research and invested time into it, and that’s when I took it (seriously).

You could have focused on any genre, why and how did you end up doing Drill?

When I got into producing I wasn’t even listening to Drill like that, I was listening to Dubstep a lot actually, then, later on, it was Trap music. Drill was always there but I wasn’t actively listening to it until probably 2016 because that’s when it was put in front of me a lot more. I think my surroundings played a big part in me listening to Drill and being a part of its culture. Even social media. When that’s your surroundings it's hard not be influenced by it.

You have an impressive resume of artist collaborations from Russ to Headie One, and even 410. You’ve produced some of Drill's most influential beats. How do those collaborations come about?

The core fanbase came from YouTube. I was just uploading stuff onto YouTube consistently but 2016 was when I took it seriously. I wasn’t really focused on placements like that to be honest, I had fun making beats, it was a hobby. But in the back of my head, I was thinking "yeah it would be nice." Towards the end of 2016 was when Russ made Chatty Patty. And how that came about was because I made a remake of DJ Khalid by Harlem Spartans, which was originally produced by Monroe. I put that remake on YouTube and that beat gained a lot of attraction. Russ made a freestyle video to it on Instagram and I watched it and realised it was my version. Then I found out he made a tune to it and filmed a video to it and released it. I then saw in the comments that people were saying the beat was hard. It was the same melody but different drums, and I think that’s why people sort of gravitated towards it. When I was seeing those positive comments I realised I can really do this, because it’s not just me that enjoys it, other people do too. That motivated me to do more.

2017, I had more motivation. Come April 2017, that’s when the Mad About Bars came out. Before that Silwood Nation used the same beat. I uploaded the beat on YouTube like 5 months before anyone used it and the reason why I did was because I had been so consistent with uploads and this time around I had no beats to upload. So, I made the beat and thought "ugh, its not good but I’ll upload it." I had no idea that it had that much potential, I uploaded it because I had beat block and I had to upload something to keep momentum. When Silwood Nation used it I went through the comments and saw people calling it the best Drill beat of the year, saying the beat is hard and I was shocked. In my head I thought it wasn’t all that. A bit later on, AM posted on his story "who made this beat." I shouted him because why wouldn’t I? I touched it up a bit and made the kick hit a bit harder. I had no idea it would be on Mad About Bars. He didn’t tell me anything, until I saw a preview.

I was in the studio with my boy and I was scrolling through Instagram and I saw it, but I didn’t have my sound on. I put my phone down, then I looked at it again after a few minutes and started getting messages from people saying "410 is that you?", "Mad About Bars, is that you?" I looked back at it, put the sound on and I was like woah.

What did that feel like, at that moment listening to your beat on Mad About Bars?

Because I was new to getting collaborations, it was wild. It’s difficult to explain the feeling, it's like something you don’t expect but you want it to happen. It's just a mix of emotions. It’s a good feeling. A very good feeling, a very very good feeling. That’s why it’s crazy to me because it’s a Mad About Bars freestyle and not an actual music video. So the fact that it did so well is crazy. And I know that it’s part of U.K. Drill history and I’m a part of it. I didn’t think it would happen so early in my career.

Producer credit has been a conversation for years. There’s recently been a debate about whether producers are getting enough credit or not. What’s your opinion? Do you feel that something more could be done?

When I first started producing, I realised some of these platforms were not crediting producers or anything like that. Which is why for creatives, it’s good to have your own platform as well to show what you’ve done and put it out there. And someone that’s really looking for you or wants what you can create will find it. And even with Mad About Bars, I made sure I put in the comments that I did this even if they didn’t credit me, because people go through the comments and look. Even that comment itself has something like four thousand likes. I do think that in terms of platforms crediting people, more could be done. But that’s just how it's been.

U.S. Drill is doing really well globally and even here. Do you listen to it? And if so, what do you think separates it from the U.K. version?

I don’t actively go out of my way to listen to it in-depth but I do like it. If I’m at a motive and I hear a good U.S. Drill track I might download it and listen to more, but not thoroughly. And U.K. drill is just different. When it first started, early on it definitely sounded similar but we’ve made it our own since then. Like 808 slides, you weren’t hearing that in U.S. Drill, no way. Even the kicks. There are unique elements to U.K. Drill that are by us. And you know it’s by us because when you listen to it where when you listen to it you know it's us.

Which U.K. artists would you like to collaborate with?

There’s a few. M24 and Fizzla – he’s different. I could cook up with the OFB lot, so Double L's and Bandokay. Collaborating outside of Drill is also something I’ve been wanting to do for a while. I know I can take something away from it and perfect my own craft through doing that. I’ve also been searching for different underground artists and bringing them to the studio to work with. I want to work more with underground artists this year and give them some limelight.

What are your three biggest achievements so far in your music career?

1. Mad About Bars because I didn’t expect it to happen so early or to be so big. Thinking back I actually manifested that. I have my five million and ten million plaque on my wall at home, and its something for me to look at and feel proud.

2. Getting my studio. People used to come to my house and I’d work from home and sometimes it just wasn’t practical. Now, I have my own spot to work and I share it with my boy as well.

3. My mindset. The last 6 months I really worked on my mindset. I learned a lot about the importance of affirmations and manifestations and how that can all impact the decisions you make, even subconsciously. Changing and working on a new mindset is an achievement for me, without it, I wouldn’t be doing what I’m doing now.

Lastly, what can we expect from ForeignKash in 2020?

In 2020 I’m going to be using my voice a lot, so you can expect tunes with my vocals on there. I also want to drop a project, we’ll see how it goes. I want to work a lot more with upcoming artists as I said before. I could work with the big artists that are already established but sometimes it’s better to invest time working with the smaller ones. There are so many underground artists with so much talent, they just don’t have the opportunity.