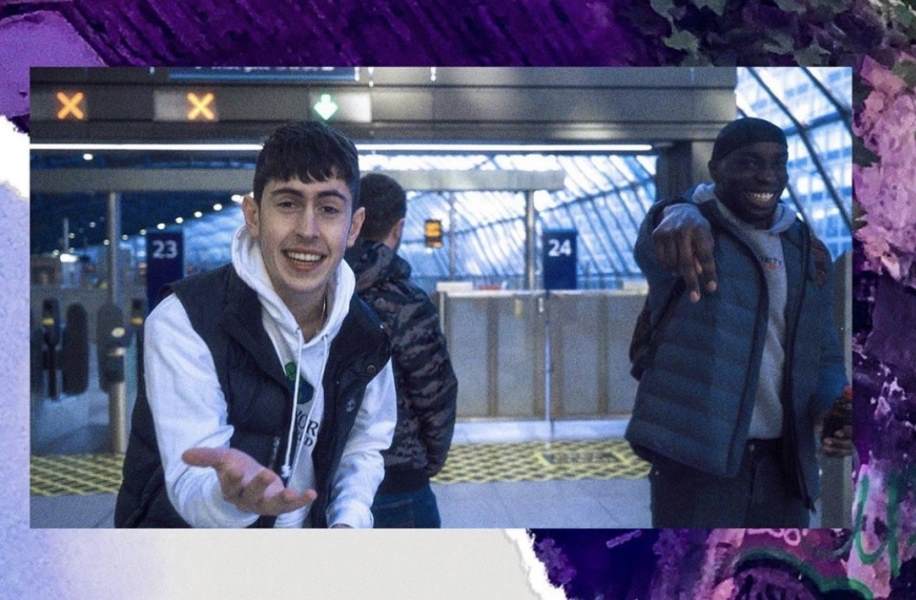 After the rising success of his debut album ‘Dreamworkz’, 5onger is back with a new track, this time featuring London locals Mani DM and Deyknow. Produced by London based aonenine, the instrumental is nostalgic to a 2016 grime summer. 'We had an hour before their last train, which was due at 11.50, to produce the beat' - aonenine. If you wondered why the song was called ELEVEN50, there's your answer. 'They still ended up missing the train'.

The video is shot at London's Waterloo Station by Tom Orr and edited by videographer and founder of Dtox collective Adam Kudar. 'We filmed it at Waterloo because that's where their train was due. The station has these really cool beams and the ceiling was redone so it just looked perfect for the video. It was funny because an inspector came with a walky-talky all suspicious, asking us what we were doing and said we needed permission to film. But once we explained what it was we were doing her mood switched and she was so happy she even got involved. She gave us permission and started to suggest filming spots around the station. The London eye bit was just by chance. We happened to be walking past and thought it looked cool.' - Adam.

Dtox is a collective of London based creatives, artists and producers, lookout for more of their work this year.

This isn’t the first time the three rappers have come together. Towards the end of last year, 5onger performed his Dreamworkz cypher on Bl@ckbox and shared the stage with both Mani DM and Deyknow and few other up and coming artists to look out for this year.