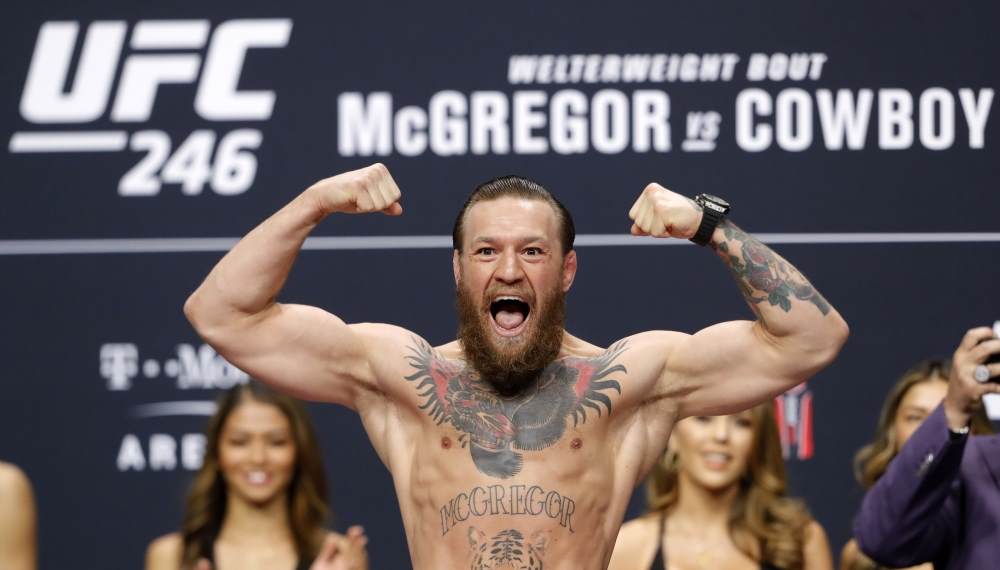 Conor McGregor returned to the ring in style at UFC 246 as he beat Donald 'Cowboy' Cerrone in just 40 seconds in Las Vegas. Two of UFC's most popular fighters went head to head in the main event at the T-Mobile Arena.

Referee Herb Dean stepped in and waved off the fight inside a minute after a series of blows from McGregor.

"I made history tonight. I set a new record. I'm the first fighter in UFC history to secure knockout victories at featherweight, at lightweight and now at welterweight - across three weight divisions, so I'm very proud of that," said McGregor.

McGregor had not won inside the UFC's octagon since capturing his second UFC world title in November 2016, and was submitted in four rounds by undefeated UFC lightweight champion Khabib Nurmagomedov at UFC 229 in October 2018.