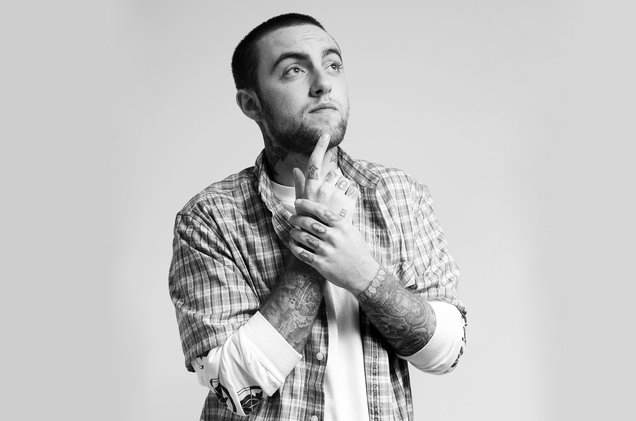 The waters of posthumous release in music are certainly murky ones, where morals and correct judgement are often pushed aside in the pursuit of a quick earned buck. In recent memory, we have seen many an artist pass away before their time is up, with an ever-growing list of cautionary tales bringing discussions of mental health and the pressures of industry life to the forefront of our conversations. Juice Wrld’s passing was the latest tragedy to occur, but something tells me we haven’t heard him for the last time. Not if his unsettlingly long list of predecessors is anything to go by. We’ve seen music from all-time greats like Biggie and Pac hit the shelves years after their deaths, holograms perform concerts to packed out audiences and recently Anderson Paak resurrecting old Nate Dogg studio recordings to produce a brand-new throwback duet. That song was the highlight of his terrific ‘Ventura’ project for me and I have no doubt that Paak worked with the sensitive material in a gratuitous way. One he felt only complemented the legacy of his West Coast older. With that being said, I still find myself pondering whether he would’ve wanted his trademark voice used alongside somebody he in all likeliness was not familiar with. For this exploration, let’s focus on two new releases.

‘Bad Vibes Forever’ dropped back in December, released by the label with which XXXTentacion was previously signed. As we know, the young artist was shot and killed in Florida just eighteen months ago and this album serves as the second posthumous release put out by label heads during that window. This is where my confusion began. If an artist was indeed working on new material prior to their passing one would expect its release eventually, right? Especially if it was nearing completion. In this case, I thought to myself, surely the majority these previously unheard tracks would have appeared on the last body of work? It’s no secret that Empire invested a lot of money in the budding rapper, but they have truly shown their cards and intentions to the world in the release of this new mess. Make as much cash as we can, as quickly as possible by grossly exploiting the name and fanbase of the individual in question. This isn’t something new in Hip-Hop or music in general, and yet the sheer audacity at play here continues to surprise me.

This album belongs to X in name only. Another warning sign straight off the bat was the number of features on this thing. Damn near every song features somebody filling in the gaps between throwaway unused hooks and random leftover ideas from studio sessions of the past. Lines are repeated far too often, clashed with instrumentals that I have no doubt never belonged to them. Some heavyweight players in the game have been drafted for the line-up, yes, but their appearance does not at all feel needed or necessary. More so, their inclusions feel like a tactic from the label heads to bring added clout and streaming clicks to the tracklisting. Joey Badass serves as the exception having previously worked with Tentacion, with Kemba rounding out the track beautifully in a rare highlight. Everything here is stretched out to the duration of an hour. One where X feels more like a guest than the host of this ‘musical journey'. I feel it’s safe to say that those involved in making this release come to fruition can hang their heads in shame, I only hope that X’s family will see some benefit from it.

With that off my chest, I feel it’s important to state again that I don’t always hate the release of posthumous music. Sometimes it just makes sense. I knew for months prior to his premature death that Mac Miller was working on a new project. Having followed his career intimately since the days of ‘Kool Aid and Frozen Pizza’ & ‘Nikes On My Feet’, I was excited to see which direction this versatile and immensely likeable artist would take next. I was rocked when he passed and found it difficult to listen to his catalogue for a long time, but now we have been graciously blessed with ‘Circles’. Unlike ‘Bad Vibes Forever’, it’s clear to me here that Mac was nearing completion with this LP. Whiskey in hand I listened to ‘Good News’ for the first time and reminisced about his career to this point. It was a tough listen, and it’s clearly apparent some of the lyrics what Mac was dealing with in his head. Of course, I will never personally know, but it seems that he was struggling with himself in relation to the people around him.

“Good news that’s all they wanna hear, no they don’t like it when I’m down”

This project goes hand in hand with an almost serves as a continuation of previous release ‘Swimming’. Mac’s aspirations and troubles are all worn on his sleeve, and these twelve tracks prove to be a fitting epilogue to his life as an artist. With his last album, he began a journey of self-discovery. Now on ‘Circles’ he continues ahead always improving and pushing his artistic boundaries. I hope this project will offer some closure to his beloved fanbase and all the individuals who were raised into the spotlight by the man himself. Reading through Apple Music’s foreword on this piece, it’s important to note that all these tracks were worked on previously. All ideas originated from the mind of Mac and producer Jon Brion, who has worked tirelessly to complete the album for his close friend. On Instagram Miller’s family shared their thoughts on the process, sharing their thoughts on releasing his work. It’s important to me that they feel this release is necessary, and fitting then, that we are hearing it now.

“We simply know that it was important to Malcolm for the world to hear it.”

This is undeniably a Mac Miller album. Nothing feels forced or stretched out. He continues the journey which started with ‘Swimming’, coming into his own as an artist who is fully self-aware of both the good and bad. There was an optimism rising within him it would seem. He not only acknowledged the demons lurking under the surface but that there was something to be done and a way to deal with them. Many songs work through his feelings of depression and yet Mac seemed ready to hit the refresh button with a new state of mind. It’s both beautiful and immensely sad to hear these moments, and yet I can’t help but rejoice in the fact that Mac was becoming at peace with his own mind. Just prior to his death we heard Mac blend genres and sing more than ever before. Those footsteps continue naturally here.

Mac’s vision was never compromised in the mastering of this project. This is for me when it is okay to release music posthumously, artistic integrity should be held above all alongside the wishes of the artist. In a cash and grab society where labels lose out to independence however, this is not often the case. ‘Circles’ is streaming everywhere now.