Get 2 Know: The Cast Of Just Mercy 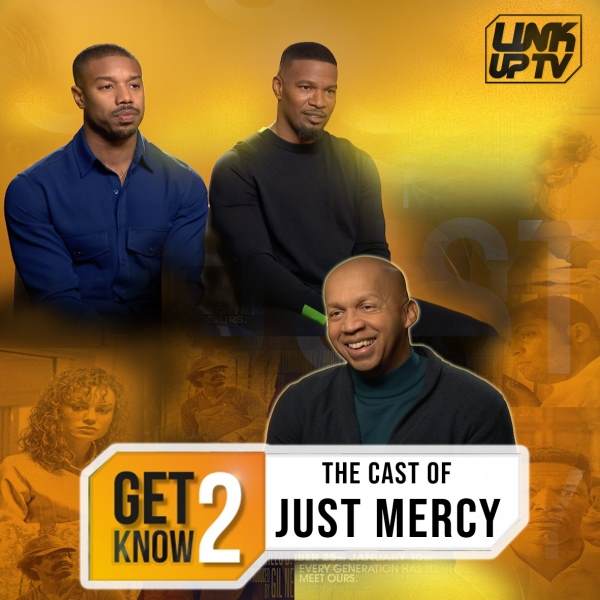 Currently in the U.K on a press run for the release of powerful law orientated motion picture ‘Just Mercy, Bryan Stevenson, Michael B Jordan and Jamie Foxx speak exclusively about what the film means to them and why it is important.

‘Just Mercy’ which has already been released in the United States is a film based on a true story of civil rights attorney, Bryan Stevenson, who after leaving university went to work in a law firm. The film highlights his tireless plight for the release of prisoners wrongfully accused of crimes they did not commit and sentenced to death row. Alongside being a moving and eye-opening depiction of injustice and justice, racism, and law, the movie is testament to the time it was set, of the failings and wrongful imprisoning of inmates in the American Justice system.

Although the film covers the journey of a collective of inmates Bryan (played by Michael B Jordan) has helped, ‘Just Mercy’ is centred on his battle to freedom for one inmate in particular, Walter McMillan (played by Jamie Foxx) wrongfully accused of murdering a young woman and sentenced to death.

Rae: Bryan, we know that you have dedicated your whole life and career to helping other people, you studied law as a teenager at Harvard and went on to work in a law firm, leaving your home and relocating to Alabama. Can you tell me more about your background and why you wanted to get into the career you did?

Bryan Stevenson: I grew up in a poor racially segregated community and started my education in a coloured school because where I lived they didn’t let black children attend the public schools. Lawyers came into our community and opened up those doors for me and I ever forgot the power that they had and how much it meant that they created opportunities for poor black kids like me That motivated me to become a lawyer. My grandfather was murdered when I was 16, that not only disrupted our family but made us want to disrupt thus indifference.

Rae: You received death threats for wanting to help inmates in death row, you were pulled over by police who held guns to you for no apparent reason at all, and you were humiliated and strip-searched when you went to speak to the inmates in prison which are all shown in the film, did at any point did you think this career isn’t for you?

Bryan Stevenson: You know, I felt overwhelmed all the time but I never really felt like it’s more than I can do. It’s interesting because when you live in a place like Montgomery Alabama you’re surrounded by this history and it’s hard to forget the things the generation before you had to do. I would frequently say my head is bloodied but not bowed, with the knowledge of what happened to people before me you just continue to fight. It’s interesting to talk about things like slavery, segregation and lynching. It’s painful and difficult, but there’s also a story of power.

Rae: Describe in three words what this film means to you?

Bryan Stevenson: Affirming, energizing and gratifying. I’ve been in a lot of places where I didn’t think anybody cared about what I was doing or anybody cared about the people I was working to serve, so it is gratifying. To see their stories lifted up and to see the world respond to the suffering and cruelty they’ve had to endure in silence is gratifying. Cinema, theatre and art is a great and important way of getting the message across to people.

During the interview Rae, Jamie Foxx and Michael B Jordan played an ice buster testing their knowledge on UK slang before continuing to questions.

Rae: What has been in ‘Just Mercy’ taught the both of you and what have you taken from being in this film that you haven’t from others?

Rae: Describe in three words what this film means to you.