A walk through British soul 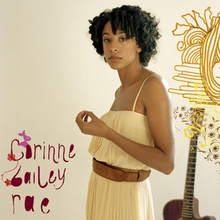 British soul went from a chart-topping Grammy worthy genre, to dormant, to a now burgeoning underground scene. Where did it start and where does it end? Is it still alive? A quick look into the journey of early British soul and its influence on our music today.

If you had told me fourteen years ago when I was listening to Corinne Bailey Rae’s ‘Trouble sleeping’ (pictured above) on Radio Aire off my parents' radio, that the existence of British soul would be debated the way it has been today I would not have believed you. Not only because I was only seven years old and probably incapable of grasping the context of the argument, but also because it was so unpredictable at the time.

Neo-soul has been a part of the U.K. music scene for over a decade. It’s a personal favourite of mine. A genre that myself, and many of my U.K. peers grew up on and has thus impacted the music my age mates in the industry have gone on to create. Since its arrival in the early 2000s, it’s presence has always been questioned by critics and its consumers. In researching for this article I went through numerous articles dating back to 2002 questioning whether there was space for it in the industry. Articles closer to today debate whether it's dying as well as the validity of it and its current pioneers.

British soul influences date back to the 80s and ’90s. For me and many of us in the U.K, our first actual experiences with the genre began in the early 2000s.

Music duo Floetry are arguably the two artists that began neo-soul in the U.K. whilst simultaneously popularising the use of poetry and spoken word through music. The duo (now disbanded but continue as solo artists) consisted of South London’s Marsha Ambrosius and Natalie Stewart, who debuted their album ‘Floetic’ in March of 2002. The neo-soul album combines spoken word voiced with local British accents and a versatile blend of seductive jazz, soul and R&B. The album peaked at number 24 on the Billboard 100 and stayed there for twenty weeks.

Artists such as the likes of Corinne Bailey Ray and Floetry formed the basis of an intergenerational neo-soul as we know it today. But today's British neo-soul artists create their version of the soul in a way that resonates with a generation of trap beats and heavy 808’s.

Take Manchester singer-songwriter, and arguably the etymology for the coining of ’trap-jazz’, IAMDDB. But in listening to her music, the neo-soul influences aren’t hidden.

Or Pip Millet. Less trap, more neo-soul but still sits with the music of today.

Artists like the above continue a lineage of British soul music that has slowly changed over time. And while the definition of ‘soul’ has shifted every now and then through a change of deliverance and a tweak in production, this leads us to question where it will go next. Will it find its way back to the spoken word of Floetry or will it continue down the route of Trap and heavy 808’s?