HomeNews#ThrowbackThursday Celebrating the 15th anniversary of the release of 'Run the Road' and the greatness of Kano, Ghetts and Demon's 'Mic Check Remix'

#ThrowbackThursday Celebrating the 15th anniversary of the release of 'Run the Road' and the greatness of Kano, Ghetts and Demon's 'Mic Check Remix' 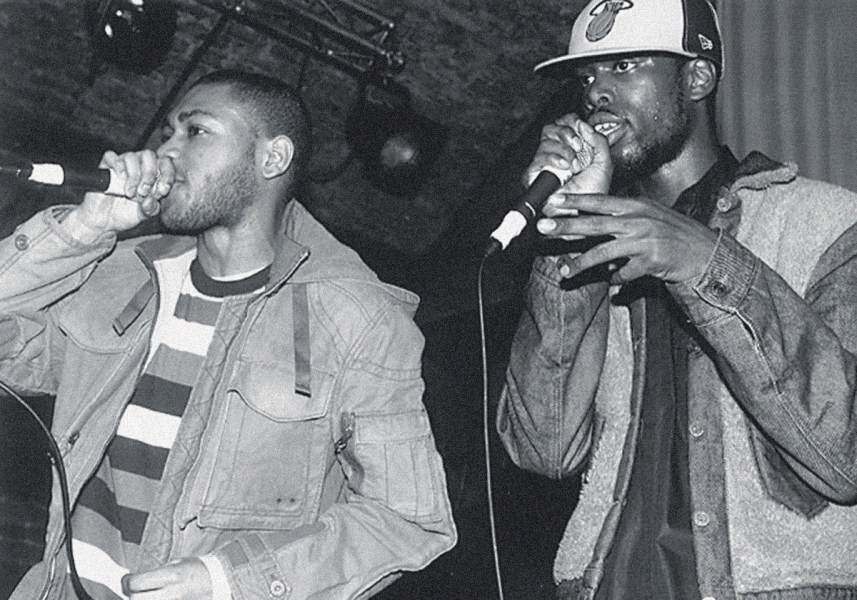 Grime music was thin on the ground in big retail stores in its early days. You had Dizzee’s first two albums, Wiley’s ‘Treddin on Thin Ice’ and Shystie's ‘Diamond in the Ruff,’ but that was pretty much it. To hear grime it was either through pirate radio stations, raves, Channel U, or heading to independent record stores to pick up vinyl's.

But the genre was in fact producing some of the most exciting music in the UK at the time. People found ways to get their hands on songs via really slow downloads or passing stuff around via Infra Red and Bluetooth. But there wasn't a gateway, a primer that could introduce new fans to the scene.

One record label sought to change that, giving both Grime fans and newcomers to the genre, an insight into the one of the most exciting genres the UK had seen in years and to highlight some of its hottest artists. That label was 679 Recordings and the album was Run the Road.

Run the Road Volume 1 was released nationally on Jan 24, 2005. Put together by Dan Stacey and Martin Clark, it was a real snapshot of the scene at the time, featuring big MCs like: Kano, Dizzee, Wiley, Durrty Goodz, Tinchy Stryder, Bruza, Hyper, Demon, D Double E, Ears Riko along with producers like DaVinChe, Terror Danjah, Danny Weed, Rapid, Target, Jammer and DJ Wonder. Female MCs also got a chance to shine with No Lay, Shystie and Lady Sovereign getting appearances.

Standouts on the CD included the first single 'Ps and Qs', the ubiquitous street anthem which showcased Kano’s lyrical ability and flow over a frantic DaVinChe beat. The opener ‘Cock Back’ with Bruza, Hyper, D Double E and Riko spitting over the gun sampling Terror Danjah beat kicked things off with the energy that Grime fans loved.

After the chaotic opener, Riko was able to tone things down on the next song with the DJ Target produced ‘Chosen One.’ With a mellower beat at his disposal, Riko sounds like a man wise beyond his years, showing a self-determination encouraging listeners to battle through.

The slower tone continued on the next song with Roll Deep’s ‘Let It Out’ which saw Wiley, Breeze, Brazen and Trim reflecting on their struggles to make it; and cheating girlfriends. The tempo picked up with the aforementioned ‘Ps and Qs’ and then the ‘Destruction VIP’ which saw Wiley, Kano, D Double and Durrty Goodz spitting over the horn-infused Jammer beat. All four MCs showed hyper energy making this song a classic. Durrty Goodz also impressed on his solo song ‘Gimmie Dat’ with his double time and dancehall infused flow, Goodz ensured he stood out on the compilation.

Speaking of standing out, No Lay showed off the lyrical prowess and raw ability that would make her such a respected part of the scene on ‘Unorthodox Daughter.’ The Streets’ cheeky chappy anthem ‘Fit But You Know It’ made an appearance via the remix featuring Donae’O, Tinchy Stryder, Lady Sovereign and Kano. Kano in fact made five appearances on the CD, which is fitting considering he was signed to the label and was prepping his debut album, Home Sweet Home, at the time. Future star Tinchy also gets a solo song, the Rapid produced ‘Move,’ which was a good opportunity to showcase the Ruff Sqwad sound which would be perfected on the Guns and Roses mixtapes.

Run The Road was released to great reviews, with many applauding its authenticity in representing the best in Grime at the time. There was real feeling of excitement with this release like it was documenting a bubbling scene that was about to rise up. It even received a US release through Vice, which garnered it a 9.1 from Pitchfork. The mix of new songs made for the CD and street anthems that needed to be front and centre ensured there was something for both old and new Grime fans. And the applause wasn't just from external channels, magazines like RWD Mag who had been covering Grime extensively described it as: "The first to hit the nail on the head as to how a grime compilation should be run." Reviews like this and the inclusion of some of the best MC's, left listeners excited and wanting more.

The success of Volume 1 led to a quick release for Volume 2 which was released less than nine months later. In that time short time the scene had changed and more MCs had started to make a name for themselves. This meant that while Volume 1 had been quite East London heavy, Chantelle Fiddy who A&R’ed the project, was able to showcase other areas like North London with JME, South London with Bear Man, Doctor and Fender and West London with Dynasty Crew.

Standouts on Volume 2 include the ‘Get Set Remix’, with Kano, Demon, Ghetto, Big Seac and Doctor spitting over the underrated Low Deep’s stabby beat. JME’s anthem ‘Serious’ also got an appearance with a new verse. And while they weren’t Grime MCs, three UK Hip-Hop artists who embraced the Grime scene made an appearance. Sway Dasafo recruited Bruza, Bigz, Pyrelli and the legend Skinnyman for the ‘Up Your Speed Remix.’ And another legend, Klashnekoff, spat his trademark street narratives over a Joe Buddha beat for ‘Can’t You See.’

Crazy Titch, who should have been featured on Volume 1, got a chance to exhibit his frenetic energy over the DaVinChe produced ‘World is Crazy.’ And we also got the more slowed down Ms Beats produced ‘Saw it Comin’ which featured an all-star line-up of Wiley, Syer, Ears, JME and Jammer. The down-tempo beat allowed the MCs to get introspective.

The severely underrated Trim got a chance to have a solo song away from Roll Deep as he spat over a Mike Skinner for ‘Give Him An Inch.’ Mike Skinner’s awkward production is a perfect fit for Trim’s off kilter flow. There was even talk at the time of Trim signing to Mike Skinner’s label but nothing came of it.

The Channel U classic ‘Drink Bear’ by Bear Man received a remix from Doctor, who was featured quite heavily on this CD, and Fender who really should have had a cockney clash with Bruza. The inclusion of this song was a nod to the popularity of Channel U, which produced so many songs from MCs who you would never hear from again.

Ghetto, or now Ghetts, fresh out of prison was showcased heavily on this CD, on the aforementioned ‘Get Set Remix’ and on a solo song entitled ‘Run the Road,’ showing off the multis and skippy flow on an upbeat DaVinChe which is actually quite a sweet song, with him trading the chorus with Katie Pearl.

Ghetts also made an appearance on my favourite song from these two CDs: Kano’s Mic Check Remix with Demon and Ghetts. The Mic Check song was a standout song on Kano’s Home Sweet Home album, and recently resurfaced when Stormzy used the beat to respond to Wiley on Still Disappointed. But the remix featured on Run the Road Volume 2 was crazy!

Over a new, updated beat by Mikey J, Kano kicked things off with a new verse, with the beat building up for Demon, to come through with a crazy verse spitting punchlines like “you’ll get sucked for your p’s like it was Dyson, pissed cause your girlfriend looks like Tyson.” Kano then proceeded to the iconic “F**kin Widda Team, K D and G," chorus.

Kano followed up with spitting his verse from the original song before allowing Ghetto to come through and kill it! Like I can still spit this verse from a memory, that’s how much I listened to it. Incorporating the same flow Kano was using, Ghetts kick things off with:

Ghetts sounded hungry and driven, demonstrating the energy that would make him so beloved in the scene. This verse put me onto Ghetts and ensured I would check out any future releases from him.

As Kano’s chorus of “F**king Widda Team, K D and G” faded out, I wanted to hear more of these three MCs together, but while Kano and Ghetts' careers grew and grew, Demon eventually disappeared from the scene.

This dichotomy between Kano and Ghetts, and the success they have had since, and the fading out of Demon really exemplifies those early days of the Grime scene, which is captured perfectly in the two Run the Road releases. Most of the people on these CDs were deemed the future of the burgeoning scene, and while many did go on to have successful music careers and are now household names, some for various reasons are no longer visible. It is those stories that make the early days of Grime so interesting.

There was never a Run the Road 3, however, now might be a good time to do something like that. There are so many people experimenting with the sound, mashing it with other sounds, that a compilation might be a great opportunity to shed some light on that.