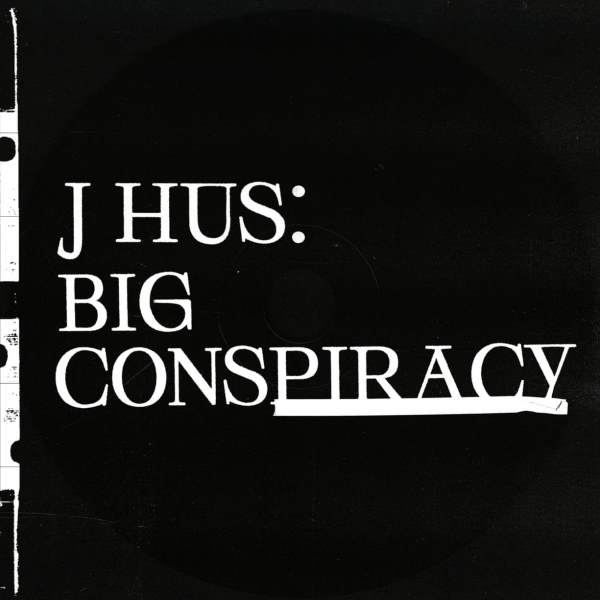 A lot has happened since J Hus released Common Sense, his critically acclaimed album, in 2017. In 2018 he suffered the loss of his father, then being arrested just before his Wireless appearance. The hype for his release was huge, and his appearance at Drake’s concert was a huge moment. Moments like this in life would make anyone reflect, on their own life, on what matters to them. And with Big Conspiracy, J Hus is in a contemplative state of mind. Not that there aren’t bangers, there definitely is, the producers provide Hus with the production that has shot him up the charts and made him a national star. But it is in the quiet moments that we get an insight to Hus’ current mental state.

The album starts off mellow for the first 4 tracks, Hus spitting wisdom over smooth beats. It kicks off with 2 TSB beats for ‘Big Conspiracy’ and ‘Helicopter,’ with vocals from Hus’ sister iceè tgm. One thing about Hus’ music is that everything is deliberate, from the instrumental to the backing vocals to Hus himself, it all fits together. ‘Big Conspiracy’ kicks off with a catchy chorus, with verses dropping gems like: “Nothing in this dunya is satisfying.” The song sets the album off perfectly, presenting the multifaceted Hus that will be present throughout. ‘Helicopter’ is a guitar-heavy track with Hus wasting no time kicking things off with “Shaitan in police uniform, Feds in a helicopter, I seen pigs fly but I never seen a unicorn” until his sister provides a memorable hook.

‘Fight for Your Right’ is the darkest beat on the album, brooding, with cello, violas and violins, building a menacing beat. The song sees Hus questioning “how do you sleep at night when you don’t even fight for you right.” Hus also presents the struggles within himself with lines like “I used to fling packs but I still prayed with the Akhs, Now I do rap, but I still play with the MAC.” Hus has always been God-conscious, but even now when he has moved away from music, he still dabbles in street life.

‘Triumph’ is the first appearance on the album from Jae5, who shows why he is so highly respected putting together flutes and guitars giving Hus the backdrop to spit lines like “They don't wanna grind, they want a donation, It's like who born him? Who raised him?”

‘Play Play’ kicks off the section that will have J Hus owning the summer. With Burna Boy providing an amazing hook where he says “your hair longer than my gun” and a Jae5 beat incorporating steel drums, Hus is able to come through lacing the track the humour and confidence to get this one pumping out the cars and soundtracking the BBQs.

The summer vibes continue with ‘Cucumber’, another Jae5 produced track. One of the things that make Hus stands out is how he is able to infuse moments of introspection into bangers. For example, on this song, he says “I need punani 'cause I'm fresh from war.” What could be seen as a throwaway line is actually part of the theme of the album, Hus is at war with society and war with himself.

‘Repeat’ is one of the most interesting songs on the album because Hus decides to flip the formula, and instead of getting someone to provide a chorus and he spits a verse, here he is on hook duty, giving Koffee a chance to shine on the verses. With a bass-heavy beat from Jae5, this is another one that will be on everyone’s summer playlists.

‘Fortune Teller’ kicks off with the incredible line “I wear a skull cap like a 90s era” which is fitting as this beat has a 90s dancehall sampling hip hop beat type vibe to it. Again Hus’ humour and his way with words make this song memorable, with the building, complimenting his punchlines.

‘Reckless’ sees a stabby, stripped-down Sunny Kale and TSB beat allowing Hus to spit lines questioning street violence with lines like They the reason why your estate is not safe, Two-man clipping with the clipper, then they part ways, When they die, they gon' reside in a hot place, How this beef even start in the first place?” Hus is getting older and beginning to question those around him, and probably his own history, and lines like this exhibit that.

‘No Denying,’ the single released in December gets a slight addition with a brief spoken word intro before J Hus spits his opening verse with no drums until the crazy drops and he spits “ain't seen nothing like this, JuJu J in live flesh.” This one felt like a statement when it dropped, the single that would remind fans that Hus was back.

Next is ‘Must Be’, the album’s first single. When this one dropped I was so gassed, the horns, the strings, J Hus’ drawling hook, the catchy as hell “if it walk like a opp, talk like a opp…” As soon as this dropped I knew this album was going to be something special. It fits on the album, being part of the transition between the bangers in the middle and the more toned down closing tracks.

‘Love Peace and Prosperity’ reminds me of a new version of Spirit. Over an Afrobeats infused Jae5 beat, Hus once again spills his heart out but maintaining the confidence that we all love him for: “Even when I didn't do it, they say I'm a culprit, even when I don't try, they say that I'm so lit.” The hook sees Hus ask God for Love, Peace and Prosperity but also questioning those who don’t want the best for him

“Love, peace and prosperity
God grant us the longevity
I live a street life and I sing a melody
They wan' see me go mad and lose my sanity”

The album closes with ‘Deeper Than Rap,’ a one verse track with no hook, which sees Hus spit over a piano key and string-heavy beat by IO and Jae5. One thing about this album is that beats aren’t static, they change with the content Hus is spitting. On this track it starts off with no drums, allowing us to concentrate on Hus’ lyrics but also accentuating them when the drums kick in with swirling synths. This song is vulnerable with Hus asking himself questions like “How you live your life when your life's a facade?, How many time did I lie to my marge?” The beats and lyrics build to a crescendo with the line “They took our history then they went and erased it,” with the drums coming in for the next line “I'm just a roadman so why am I preachin'?” Hus shows a maturity beyond his years, realising he is a contradiction, but telling people to “Don't do as I do, just do as I say.” The song and album close with the lines: Why they wanna take my manhood and strip-search me? When I think about my life, it's been a long journey, It was a snowstorm but I stood firmly, All the time you wasted, you gotta reimburse me, I had to play dumb, just to blend in, Then go to Africa for spiritual cleansing” Hus has been through a lot over the past few years and he recognises that he needs to cleanse himself spiritually and mentally of that.

Sophomore albums are hard, especially after your debut album is released to so much love. But J Hus has got over the sophomore slump, producing another album that is still as musically varied as his debut, providing the songs that will be played parties all year and providing the quotes that will be Instagram captions for years to come.

But Hus also gets more personal on this album, this is an album depicting a man at war, an outside war with the wrongs with society, but also an inside war. One of the last lines on the album is “I was fresh from war but it was internal, Every day I encounter another hurdle.” Hus is at war with himself, presenting his contradictions on tracks, pouring his heart out and reflecting on his life. But he is so talented musically, that it doesn’t become too heavy. That for me is what makes Hus stand out amongst his peers, it is like everything about him is musical, everything is precise, from hooks, verses, instrumentals, features, there is always a reason. And he makes it seem effortless.

The production is amazing with Jae5, TSB, IO, Sunny Kale, Maestro, Scribz Riley and Nana Rogues providing the quality instrumentals that you expect from a J Hus album. The instrumentation, the way the beats morph throughout songs, highlighting certain lyrics, it’s all incredible.

Hus is still growing as an artist; this album shows growth since ‘Common Sense’ both musically and as a human. This album cements Hus’ place in the upper echelon of UK music. Hus bares his soul, presenting his mistakes, his inner thoughts, questioning society, questioning himself. This album is sure to be in rotation for a long time, right into the summer and beyond.

Check out the album below and let us know what you think of it on Twitter.