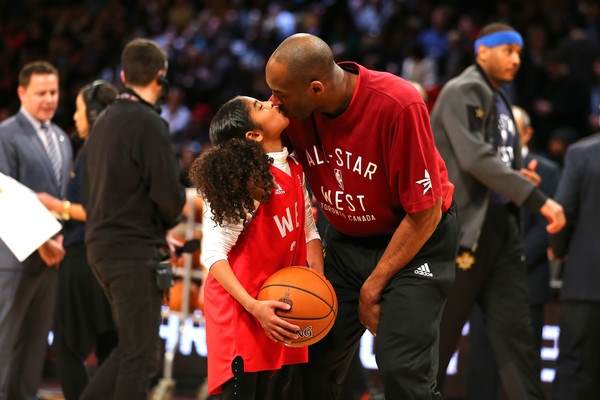 It has been confirmed by TMZ Sports that Kobe Bryant, and daughter Gianna, have unfortunately passed away in a helicopter crash in Calabasas on Sunday, January 26, morning.

Kobe was travelling with at least three other people in his private helicopter when the vehicle went down and a fire broke out. Emergency services responded vastly to the accident but unfortunately nobody on board survived. So far, five people have been confirmed dead. However, according to TMZ, Vanessa Bryant was not on board.

Update: With a heavy heart we confirm that Kobe's daughter, thirteen-year-old Gianna, was also aboard the helicopter when it crashed, and has also sadly passed away.

Details of how the crash was caused are not yet known.

It is known that Kobe has used a helicopter for years, and that he used to travel in his Sikorsky S-76 chopper to arrive to games at the STAPLES Center.

Kobe is survived by his wife Vanessa Bryant, and three of their young daughters - Natalia, Bianca and Capri (who is newborn).

Kobe Bryant has been a household name for over two decades due to his extremely successful basketball career which saw him play for the LA Lakers for 20 years. He also becamed the youngest player in league history to reach 30,000 points when he was just 34 years old.

We send our condolences to the family, friends and fans of Kobe and Gianna Bryant, and all aboard.