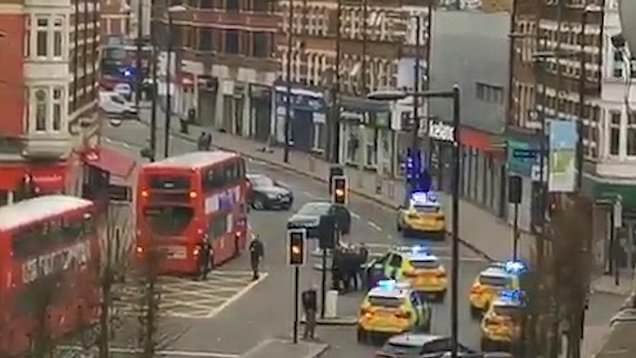 A man has been shot dead by armed police in Stretham, south London high street following a terrorist-related incident in which a number of people are believed to have been stabbed.

The Metropolitan police confirmed the man, who was shot at about 2pm in Streatham, had been pronounced dead and added: “We believe there are two injured victims. We await updates on their conditions.” They said the scene had been “fully contained”.

Witnesses on social media said they had heard three gunshots. It is not known how many people were stabbed. Images posted online show a person face down on the ground outside a Boots chemist.