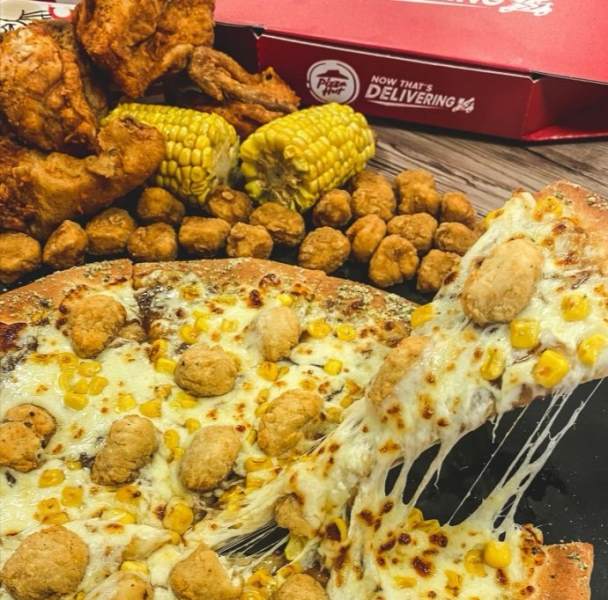 For the record, chicken on pizza is NOT an issue. KFC chicken on a PIZZA HUT pizza IS! There is simply no need. 2 meals in one. Bargain box. Meal deal for real. Doesn’t even look nice (argue with yourself). And why the addition of sweetcorn?! Not even sweet PEPPER to compliment the meat. Like, who approved this?! Would anyone slap mini saltfish fritters on a pizza? NO! Cos it nuh mek sense! KFC is completely fine as it is = separate! I'm gonna go as far as comparing it into pineapple on pizza. Yup, we're going there! HOT fruit on a pizza = unnecessary. (For any “tomato is a fruit” head-asses - it doesn't count. Shut up! Furthermore, BBQ base round here! Smh chaldish). In fact, whilst I'm on the subject of bases – this new combo pizza has a KFC GRAVY base. Gravy. Gra - *deep sigh* I give up man... 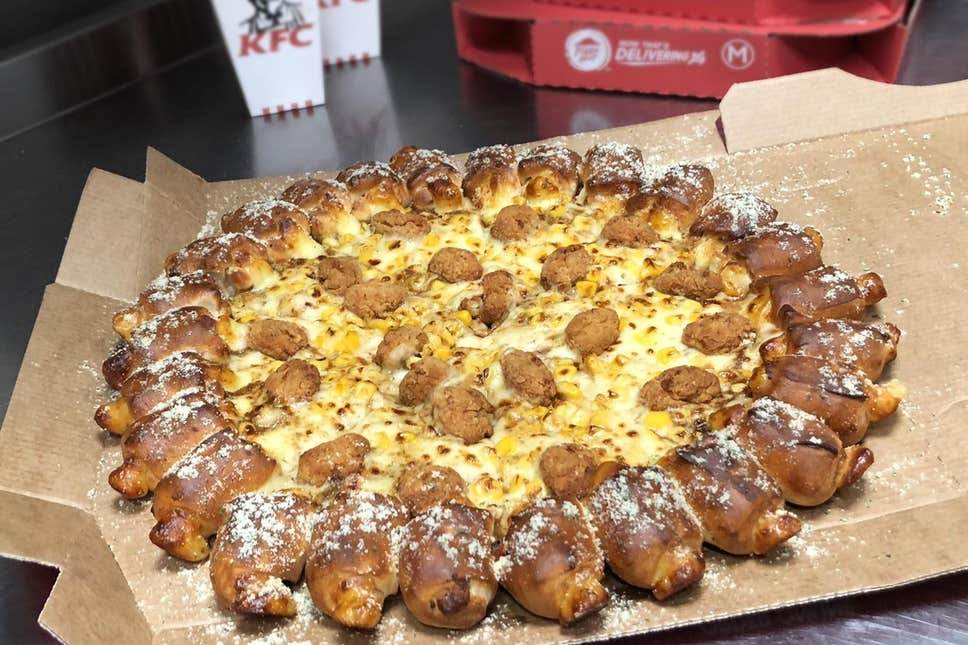 I was on Twitter and saw someone had tweeted something along the lines of: “Soon as Brexit is finalised, the UK decides to launch a war against Italy”. I chuckled at 1st and then I quickly paused and thought “KMT, yes pizza itself is of Italian origin but both KFC and Pizza Hut are AMERICAN franchises and the USA DGAF who they beef soooo, ya tweet is withdrawn!”. Yes. I am aware this “combo” is only occurring in the UK but as you can see, I'm struggling to process this foolishness. Besides, the Americans have plenty mad combos (deep-fried everything – I rest my case!) so let them continue to wear that badge! What other pointless combos are out there (UK based)?! Or what do you like to mix up? Let me know.

Anyway, I feel like this combo will probably bang for all you “cheese and onion crisps with chocolate” eaters. Or all of you that “dip McD’s fries in your milkshakes”. Actually, definitely one for those that love the sensi and can't decide what to nyam when the munchies hit. I mean, I can only assume as I don't smoke. I'm also pescatarian soooo I will actually never know how this combination tastes and this whole rant just took 5min of your day just because I think it’s a CHUPID pizza!