U.K. Drill is on it’s way to becoming a global phenomenon. With artists such as Pop Smoke, Fivio Foreign and Drake collaborating with U.K. producers, U.K. Drill’s influence on the rest of the world is becoming more and more apparent. And just like any other genre that expands beyond its borders, it's important to recognise and appreciate its roots. As the saying goes, give people flowers while they are still living.

In this four-part series of #BreakthroughBeats, I’ll be interviewing some of U.K. Drill’s most influential producers. The people who separated U.K. Drill from Chicago Drill and established a new sound and identity for London, with their #BreakthroughBeats. 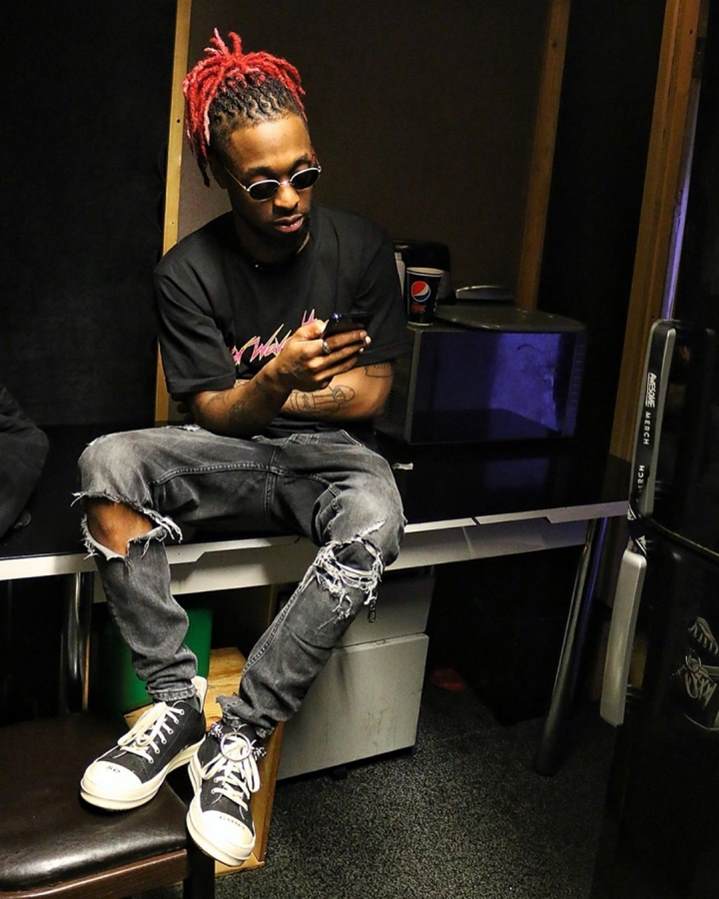 25-year-old London based producer, Mazza, is arguably the pioneer of and curator of the drill sound as we know it today. His journey is unique but has shown that hard work, passion and determination can get you somewhere.

How did you get into producing?

I started in primary school. When I was really young I was listening to people like Nelly and Jay Z and I wanted to rap. As I got a little older I started to get into genres like Grime while learning to make beats on my PlayStation when I was like eight or nine. I didn’t really get into it properly until I was ten, that’s when I properly started. When I was younger I didn’t really know what was what or who was who, or much about the industry at all. I just knew good music.

What genres were you listening to when you were younger?

I grew up on a lot of stuff, I grew up on soul, Jazz, Reggae, Bashment, Hip hop, Rock and Punk.

Bare (he chuckles). D Double E, Skepta, JME, Wiley, Big Narsty. Literally, everyone that made the grime scene what it is, I was invested in it.

So from Grime you transitioned to drill, how did that come about?

What you gotta understand is, drill is very close to my heart because it’s something I brought to this country, my friend and I. Before I properly got into drill, I was making all kinds of music. I was making experimental sounds and some soulful hip-hop. I actually did a show with a German artist at the Ritz in Brixton. That was a decent achievement for me, although I wasn’t really happy with the level of attention I was getting for the quality of music I was making. I was making quality stuff and people just weren’t taking it in. That’s why I decided to change my sound.

I was listening to music my friends liked, it was a lot of American music but mostly Chicago Drill and trap. I gravitated more towards the drill side of it. At the time I was homeless, I was living on the streets and I felt I could relate to the messages in the music. I heard LA beats making music that sounded a bit similar to the Chicago sound but not quite the same. I caught on straight away and developed the sound with him.

There was no such thing as U.K. drill by this time, we made it. At the core of it, what makes us the pioneers is that we did a lot to define the sound. We set a lot of trends, we explored our sounds a lot and we put it out there for people to hear and learn from.

When you listen to UK drill production today, do you hear your influence?

100%. All the time and I’m really happy about it. When I started doing drill I told myself I wanted to be the producer that creates opportunities for other people. I wanted to make sure I was bringing to the table something other people can eat from.

I’ve also seen my influence on interactions within the industry. When I started out making beats, collabs weren’t the way they are now, people didn’t really want to do it like ‘that’. They’d collaborate with their friends or close circle. Whereas I was collaborating with anyone, regardless of where they’re from. If I like the sound of your music I’ll message you and tell you. Over time I started to see people following the trend and expanding who they work with and that’s what I wanted. I wanted the sound to expand and hear more UK drill.

Do you think that there is room for more producer credit, and if so how do you think we should go about it?

100%. I also think it’s down to communication, what you say and what you don’t say. Sometimes you have to state from the beginning what you want and what you don’t want so you know where you stand, with that artist. People are either trying to work with you or they’re not. And if you can't communicate that or you don’t feel confident enough to do so, getting a manager would be a good idea. Especially when you’re at a point in your producing career where your music is in high demand.

What advice would you give to any producers that are starting out or still emerging?

Seek knowledge. If you're starting out its important to make sure you're seeking the tools and guidance to make sure that you're headed in the right direction. If you're wanting to be a full-time producer, you have to make sure you're making beats every day, no excuses. That's the level of work ethic that's required in the industry. Internet Money on youtube has a useful set of tutorials that will help as well. Success doesn't happen overnight, especially for producers that don't work for it. I'd also suggest learning to play an instrument, not only is it just a good skill to have but it will help you understand music a bit more. Listen to a variety of music as well you'll be surprised how much you can learn. Any producers that want to contact me for any advice, my DM’s are always open.

What do you think about the current New York Drill movement?

I think it's great. It’s a good thing to happen to our sound. Initially, we took their influence and what they did to then create something of our own that was unique to us. And then they’ve taken it back to recreate their own unique sound with our influence. That’s exactly what it’s all about, it’s a transfer of energy.

Who are your favourite New York artists right now?

Where do you think UK drill will be in five years’ time?

It will still be here and I think it will keep developing and go through lots of ventures. There’ll be different branches, different avenues. And then it will make its way back to the beginning and then go back over and over again until our generation grows old. When the younger, new generation comes in that’s when the sound will change. The same way Grime was the sound of the older generation. But the younger one's today are growing up in an era of drill.

What are your three biggest tracks?

Dig dat ft Loski - No Cap. I feel like at the time it dropped it reminded people my sound was unique. It doesn’t sound like any other typical drill song but it's still drill.

C Biz - Buzz. It was a statement song that carried a lot of controversies which I sometimes like. It actually wasn’t drill, it was more trap so I was able to showcase what else I could do.

What are your three biggest musical achievements?

1. Producing for ‘Mans not hot’ for Michael Dappah
2. Being one of the pioneers of the Drill sound
3. Creating three of the biggest producer groups in the UK and guiding/teaching over thirty producers.