HomeNews#WRITERSBLOCK: Acceptance of Sexuality in Hip-Hop

#WRITERSBLOCK: Acceptance of Sexuality in Hip-Hop 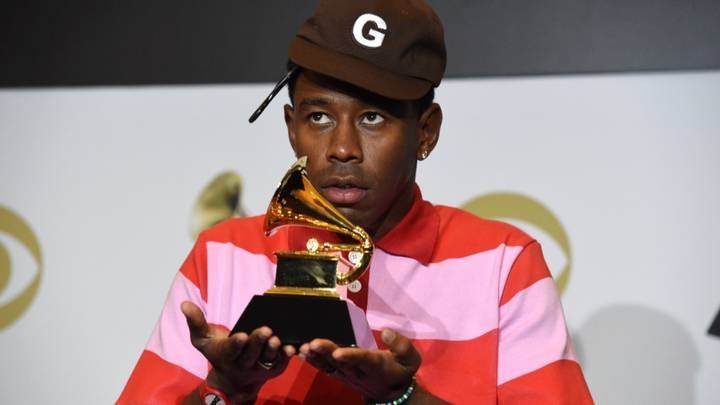 The modern times in which we live have brought with them many movements. Our planet is being pushed to its limit, politics lean towards the far-right and people are being killed in the streets both here in the UK and further across the Atlantic. As a society we have a lot of work to do, issues to address and recurring cultures to change. Indeed, these times have presented to us several sucker punches to the gut. But it hasn’t been all bad. While in many regards the world has travelled backwards, progression is just as present in the millennial age. The #MeToo movement has called many abusers to account, Black Lives Matter has given voice to the unheard whilst challenging an inherently racist establishment and finally after years of adversity the LGBTQ community are seeing acceptance in the rap game. This victory has been hard-fought, more a war than a battle with key figureheads emerging with fresh new sounds. Dismantling stale opinions and winning respect. So, you’re straight? Why should that mean that you can’t get down with some dope music from an insanely talented artist? Let’s dig a little deeper into some of the innovative individuals making this change a reality.

In Hip-Hop reputations are made in many ways. Masculinity is something that has always been prevalent on the scene, tying in with other tropes of the genre like violence and shady pasts. While some of the art forms best ever performers and artists have excelled after adopting these very attributes, conveying emotion through music has now become relatively normal, and not only when speaking about a girl or the dead homies. Depression, questions of character and misunderstanding of feeling are all present in the track listings of many rap heavyweights today, with arguably the worlds biggest Drake even getting caught in his feelings. As conversations evolve and the stigma of men openly discussing their troubles begins to fade, the rap game is flourishing like never before, and with such a wide berth of subject matter flowing freely from pens all over the world many different backgrounds are now being represented.

Honestly, this subject could be discussed for days so I want to shorten the cast list to 4 names. Tyler, The Creator, Kevin Abstract, Lil Nas X and Mr. Strange. With the evolution of Tyler, we have seen one of music’s biggest transformations. His journey from fire-starting bad-mouthed kid to artistic auteur has provided many memorable moments over the last decade. Initially, he was criticised for his frequent use of homophobic slurs but is now celebrated as an icon of diversity who has opened doors for so many others. He raps openly and honestly about his own attraction to men in a matter of fact fashion, and often references his battles in love on projects like ‘Flower Boy’ and the critically acclaimed number one album ‘IGOR’. Ex-Odd Future stablemate Frank Ocean, of course, came out prior to the release of his modern classic ‘Channel Orange’, and despite still revelling in his adolescent persona Young T showed nothing but support for his friend and frequent collaborator when he needed it most. In coming to terms with his own identity he has opened the gates to another world of musical exploration, crossing genre lines with ease, flirting with the unknown. This has made for some incredibly exciting releases. To the old heads stuck in their ways not wanting to listen to a ‘gay rapper’, play ‘Who Dat Boy’ with the speakers up and try to tell me that shit doesn’t bang! We as fans must evolve with the culture and ultimately move past our own prejudices with open ears.

Kevin Abstract is another making major waves within the industry. Raised in Corpus Christi by an unaccepting Texan mother, the multi-talented creative details the experience of his formative years vividly on a solo project ‘Arizona Baby’. What the world knows him best for, however, is forming the now LA-based versatile collective, Brockhampton. The group have consistently produced back to back albums over the past few years, never sticking to one sound for too long. Hits such as ‘Junky’ and ‘Gold’ openly discuss Abstracts sexuality, fusing the subject matter with hugely memorable hooks and impressive verses which showcase their lyrical ability. Young KA is aware of the strides the group is taking in the pursuit of healthy representation, which he discussed with the BBC.

"I don't want to be labelled as 'queer rapper', I just want to be a rapper. I have to exist in a homophobic space in order to make a change and that homophobic space would be the Hip-hop community. So me just existing and being myself is making change and making things easier for other young queer kids. I want to be me and express that and break new ground along the way. We embrace transparency. Hip-Hop's all about the expression that's why I got into it."

He raises a point which is both important and valid. At its very heart, Hip-Hop was created as a means of giving voice to the unheard, to give freedom of expression. The presence of the LGBTQ people in the community is incredibly necessary for the culture to advance forward and break new ground. After creating Billboards longest ever reigning hit ‘Old Town Road’, Lil Nas X came out to his followers on Twitter and caused many to challenge their views on what a star should look like. The Atlanta native played this out perfectly, colliding two worlds that have traditionally shunned homosexuality to create an absolute banger, transforming the old school, Wrangler wearing depiction of a man into a young, black and openly gay representation of youth culture in America. Coming out on the last day of pride was also a nice touch.

So, what about right here in the UK? While many artists are now coming out stateside, in Britain the numbers remain small. Mr. Strange recently burst on to the scene with an exciting, hard-hitting freestyle and has garnered major online attention. He has spoken about the need for artists themselves to openly support their contemporaries in order to instil real change of habit, however. The fact that other rappers feel like supporting an openly gay peer will somehow jeopardise their career stands out to me as one of the main problems, and the worlds of grime/drill and the UK rap still a long journey to take. These US-based artists have certainly fought hard to introduce a new normal, but their music is unlikely to be echoing from the concrete jungles and estates of London and other major cities located within these small island shores. It’s time then, for hyper-masculine stereotypes to end, and the discussion of acceptance in Hip-Hop can also tie into the fear of change. For years Old Head’s have argued that the youth are ruining rather than advancing the sound, frowning upon genre-crossing projects and coining the term ‘mumble rapper’. Perhaps this is why progression has taken too long? Because of that same fear of change. My advice? Get over it. Open your ears, open your mind, understand the fact that not every gay man is attracted to you and just enjoy the damn music. Be sure to check out some of the tracks listed here, I’ll catch you next time. Peace!