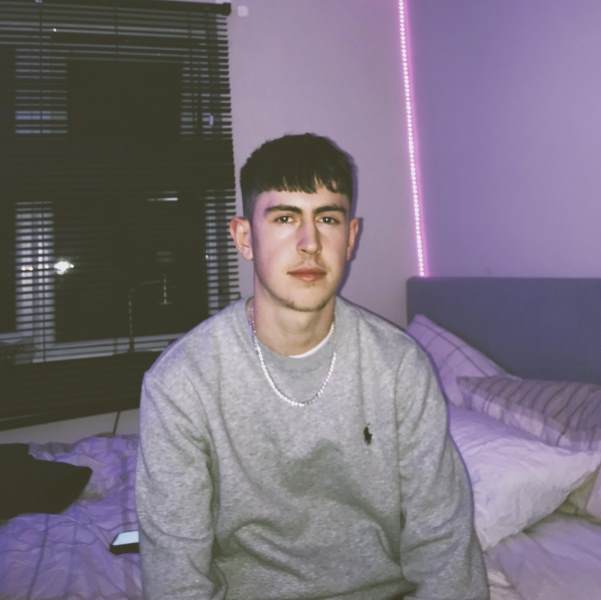 Nineteen-year-old rapper Songer is one of my favourite emerging artists in the scene. And interviewing him only heightened my adoration. His humble and warming mannerisms set the tone for a positive and educational interview that illustrated a deeper level to his character than what we hear in his music. Throughout the interview lookout for my handpicked notable tracks. Here is my chat with Songer:

What first got you into music?

I come from a musical family. My grandad was in a band actually, called Alfie and the Alcoholics, which was pretty accurate. I pretty much grew up around music, but not really rap. More Indie, like Arctic Monkeys. I became a fan of rap over time, like Eminem and J Cole.

How would you describe the music you create?

Different. I can only rely on bars, if I don’t have wordplay then I don't have much. A lot of my work is really heavy on lyricism and not just good beats so it’s important for me to deliver.

I’ve always wanted to do things myself, I like the sense of reward. Especially with 'Dreamworks'. A lot of it is just me in my room or in the studio just making music - it’s very personal. So, when I release my work and people like it, I know they’re vibing with me as an artist because my work is a reflection of that. Every track is so different and represents a different side of me, all the ups and downs. I love the love that people give, but ultimately I’m making music for me.

As for the name, I always wanted to call my debut album ‘Dreamworks’, that's always been a concept of mine.

In August 2017, Songer performed his first BL@CKBOX freestyle. One for the books and worth a watch:

What’s your favourite song on the album and why?

I really rate ‘Hard’ because it was so spontaneous. We went into the studio already prepared with a beat, and before I was about to use it, the next recommended beat started playing and I thought: "F**k that I have to use this". Lyrically? I’d have to say ‘No More Candles’. That was a personal one for me.

Songer is a charismatic individual. Between each question, he shows humour and a keen interest in the conversation. Listen to ‘No More Candles’ below.

Given the opportunity to do it again, what would you do differently about the album?

I’d have more visuals prepared. 100%. I do wish I was more physically prepared, or just as prepared for it as I was mentally. I was so ready to drop the album and I didn’t want to sit on it for too long, but I wasn’t prepared with what surrounded it, media-wise.

Who would you like to collaborate with the most out of UK artists?

I’d have to say, Dave. In terms of lyricism and who I respect Dave is definitely the one. Outside of the UK, it would be J Cole. I love his music as well as him as an artist and a person. I also think his mindset is ahead of his time. There are people making different, more 'current' sounds but in terms of impact, I’d say J Cole.

If you could open a show for any artist who would it be?

Travis Scott. I just know the energy would be there. Especially as an emerging artist, I’d be at an advantage, because the audience would already be pumped.

What is one message you’d love to give to fans that look up to you and want to make music?

Believe in yourself. I’ve always known without a doubt that music is what I was going to do and that I would be somebody. You can critique yourself but don’t ever doubt yourself. There’s a difference.

What’s the best advice you’ve been given?

When I was younger, I was told worrying doesn’t stop the bad from happening, it just stops you from enjoying the good. It put things into perspective for me and I learned from that the time I spend stressing won’t fix the result. Not to say I was an overly stressed person, but it helped. That’s why I say trust the process. It’s about having faith and speaking things into existence and manifesting. Before actions come into play it starts with how you think. So manifest it and speak it into existence.

If you could change anything in the UK music industry, what would it be?

The UK music industry is a big community and I appreciate that, but there is a level of exclusivity to it I think we could adjust - sometimes it’s about who you know over how good you are. There’s also so much talent outside of London. It’s the hub for talent but there is a lot that we could push into the scene.

Which top three artists are you listening to right now?

2020 is a big year for Songer. With singles and projects lined up, there's a lot to look out for. Keep your eyes peeled.